It is always a bit of surprise when someone whose photo I pick out of a pile for my investigation  turns out to be memorable, or to have memorable connections.

On my breakfast-time scout today, while looking at gentry from Essex, I came on this little picture of mother and daughters, sweetly inscribed to 'Aunt Dora' from Nelly and Hilda. 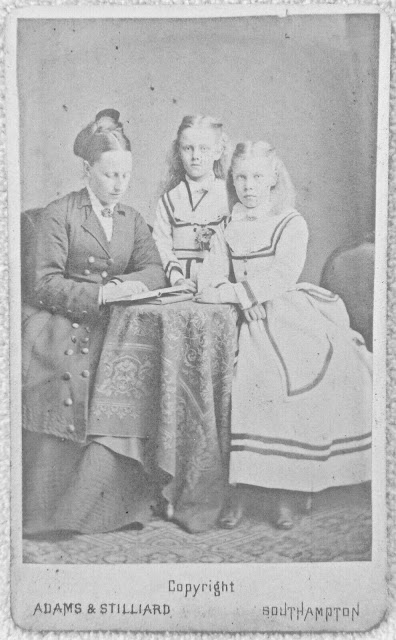 Not far away, amongs the offerings of that always-worth-a-look ebayer known as 'andyguy', was a later portrait of Mamma ... 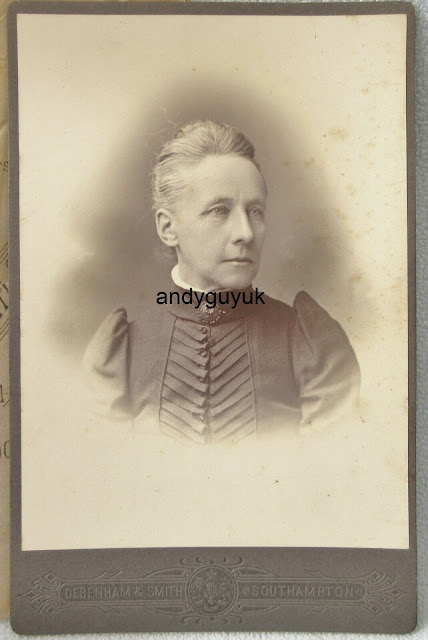 Well, the Waddington family weren't shy. There they were, in 1871 Southampton: Mamma, Ellen (6), Pomfrett (5), Hilda (4), Quintin (3), Hal (2), Jessie (1). So, in this photo Nelly was ten years old, and Hilda eight. Hmm, I thought: Pomfrett, Quintin, Hal ... a family, shall we say, of some dignity? Papa wasn't at home. And oddly enough he wasn't at home in the 1881 census, or in the 1891 census either. Was he perhaps an hereditary admiral or something else seafaring? But, no. In 1861 he is at home, still laying a yearly babe on the missus. He is William Wilks Waddington BA Oxon (it was Brasenose), from Pontefract York, and a schoolmaster. Curious. He was obviously at home between the two censi, for the baby count continued: John Jarl, Margaret, Abbott Ralph, Joshua. By 1891, Ellen is a widow and seems to be 'professor of history'. She? or her late husband?

Oh, I was right about the gentility. WWW was the son of a Yorkshire landowner, Mamma was Ellen née Capper, a member of a substantial family (with no Dora among its number, however) who were indeed connected with the sea: father was a shipbroker and coal factor in Millbrook.

It didn't seem worthwhile following the family any further, but I still hadn't found Aunt Dora. So I peeked amongst the family historians. Oh! Look, a cute picture of Quintin, Hal and Jessie ... 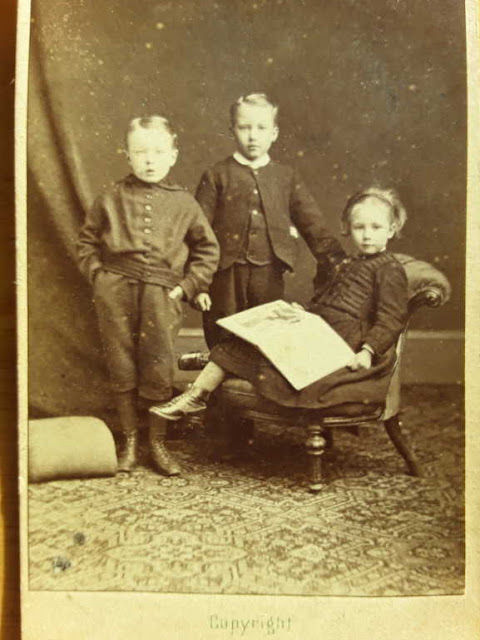 Goodness, the Geni tree is a mess. The ancestry one calls Abbott (WWW's mother's maiden name) Albert and doesn't seem to have tried very hard ... I'll fix Geni in between the races at Rangiora this afternoon.

I glanced at the whatever-happened to of the babes. Pomfrett (d 1952) predictably became Vicar of the Church of the Annunciation Paddington, Quintin (d 1946) became an engraver, Hal (d 1933) went off to Madras to do tea for a couple of decades, John Jarl died in 1909 and  Jessie at just eighteen years of age. Abbott lasted longer, but died in an asylum. Margaret married Albert Warner. And our two little girls? Nelly died at forty, unmarried, at her forever home at Totton, Hants. Hilda did better. She married a gentleman named Gründler and ... well, by the 1930s she is widowed, living in Godstone and gallivanting round the world ... she died in Worthing, as the classier widows did, in 1943.

Nothing very notable there. But it was coming. Hal and Mary Anne née Warner had a son, named Conrad Hal Waddington. Today, he has his own Wikipedia article as 'a leading embryologist and geneticist from the 1930s to the 1950s'. It is a very learned article, which I can only refer you to if you know what the big scientific words mean.

Amongst the photos, I found this one, which indicates which branch of the family the little bundle comes from. It is a childish portrait of Mrs Hal, mother of Conrad .. 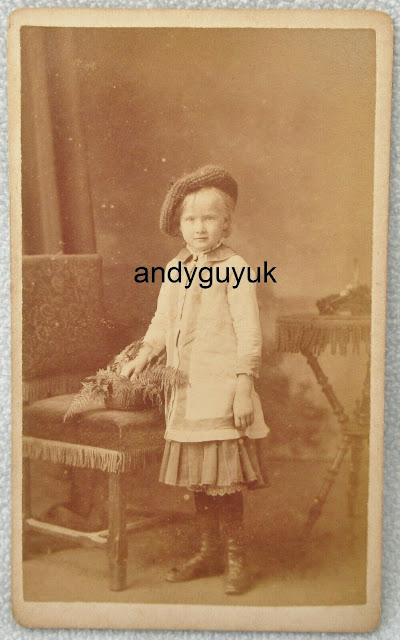 and on the morrow, another. Conrad 'and family'. 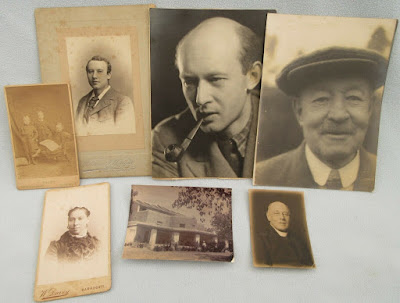 Time to do a bit of Geni mending. Then it will be cocktail time!

Post scriptum. Well, I went to work with a will on Geni, and as the tree grew, I came upon another memorable link. Littlest sister Margaret (b Eling 22 April 1873; d Hastings 11 July 1953), who seems to have had a good head on her shoulders, as half the family named her as their executor, wed, at the age of 22 a young man by the name of Alfred Warner (b Stoke Newington 28 May 1868; d Stoke Newington 13 December 1922). Alfred's father was Metford Warner 'paperstainer', and Alfred and younger brother Horace joined and followed him in his business, Jeffrey & Co. 'Paperstaining', at the turn of the century became known as wallpaper-design and manufacture, and if William Morris is the name that is the buzzword today, the Warners were right up there with them. 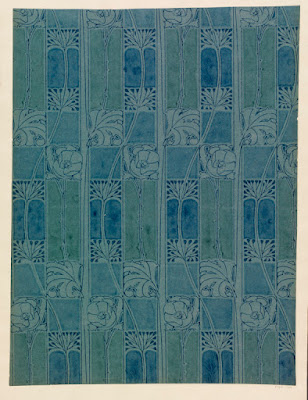 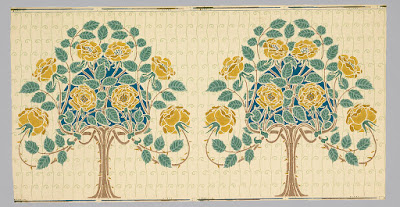 A number of their designs (colour woodblock prints) are now held by the Victoria and Albert Museum, and are masterpieces of the art of the period. And thereby hangs a whole other tale ...

PPS there is an Auntie Dora in the Warner family!
PPPS I gather the Warners' firm 'developed' into Sanderson's ..

Posted by GEROLSTEIN at 9:39 PM