A Rosenbaum grows in Newark, NJ


.
I'm staggering. When you are a full-time researcher, you have the habit of plucking facts, tiny crumb by tiny crumb, from the loaf of the past. Today, I've had a whole bakery land on my desk.


I've been reconstructing my ancient Austrian Rosenbaum family for several years. Well, since I finally discovered, in my sixties, that I 'was' a Rosenbaum. Great grandmother was Julie of that name, from Königsberg-an-Eger. She was the daughter of one Adam Rosenbaum, who was the son of Napthali Rosenbaum .. and so forth. Well, reconstructing that tree was quite a job, for folk bred incontinently in those days and, of course, come the rise of the Nazi regime, the family was shattered to all corners of the world: China, North Africa, South America, Australasia, America, Britain ...
I made a fairly good job of it (see Geni), and a little group of we 21st century descendants of the Königsberg tribe are now delighted new friends and 'cousins'. 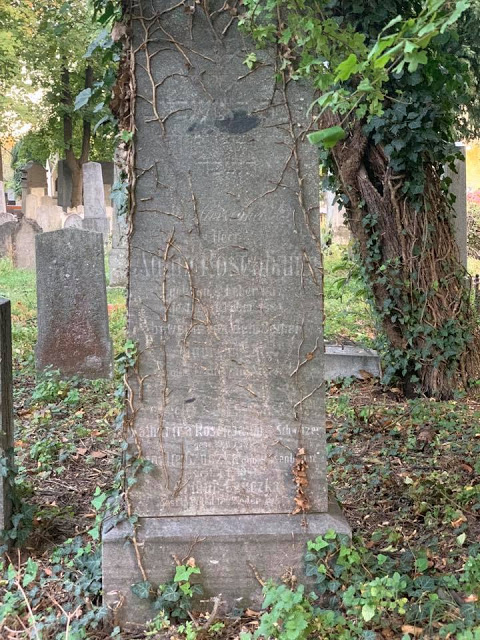 Then, a couple of weeks ago, I had a message on Geni. From John Schwarz in Texas. And a whole churchyard of ancestors leaped from their graves ...

I had concentrated, naturally, in my arboristic work, on Adam and his descendants. But I had never got so far as looking into his two sisters, Rosalie and Johanna Rosenbaum, beyond pinning them to their place at his side. John had researched Mrs Johanna Holzner (his great-great-grandmother), without knowing about Adam ... until he bumped into my Geni tree ... and wallop! The two sides of the jigsaw joined up, we both had a hundred new blood relatives and I am diving back into history in pursuit of a hundred more!


The Holzners emigrated to America -- Newark, NJ -- and John has just sent me a wonderful photograph from 1913 ... Johanna Holzner's ninetieth birthday party! All the Johanna-family together! I have never seen a family photo so splendid ... and it's MY family! 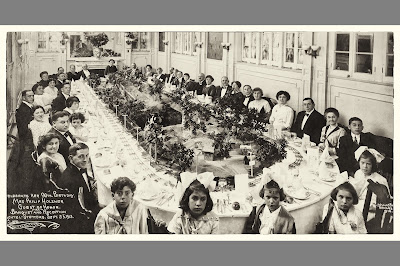 John has identified most of the folk, and I'm going to attach his 'key' here, so that (a) I don't lose it and (b) in the hope that a name might attract a wandering webwight ..

And now, to work! And .. yerm ... I suppose I had better get after the descendants of Rosalie Rosenbaum Heller next ...