Cartesians: Back to the coal-front ... Walsh, Whitwell ...

I've taken seven weeks off from digging for the identities and stories of ancient D'Oyly Carte players. Why? Well, to write a little book. I think it is going to be called Gilbert and Sullivan: the plays and players. Cheekily known as Gänzl on G&S.

This week, I bundled the MSS (or whatever you call as text written on a computer) off to the publisher in New York, took a 'what do I do now?' look around my study and thought, 'clean up time'. That lasted a day or two, then I did my back in ... those dusters weigh a ton! ... so I'm sitting amongst a pile a books, papers, shelves ... and the tree-trimmer arrived. Tree-trim day is the day we semi-professional farmers loathe. Noise, mess ... I unlocked my wallet, barricaded myself in ...  and hastened back to the safety of the C19th. 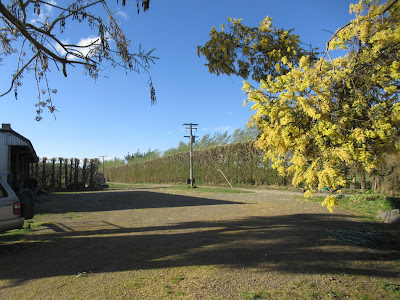 During my enforced absence, in a different part of D'Oyly Carte-land, a few of the usual queries had piled up in my in-box. Who was ...?  I chose to go for Minnie Walsh. Who was Minnie Walsh? She was the soprano who stepped in for Blanche Roosevelt, as Mabel in The Pirates of Penzance, when that lady couldn't or wouldn't. And scored a hit. Blanche hurried back. But the management had noticed Miss W, and when Sallie Reber, shortly after, took a sickie as well, Miss Walsh was sent out as a deputy Mabel again. The next season, she was simply given the role. But ... the only follow up I can find thereafter is when she was cast in the lead role of Hebe (sic) in a third-rate company purveying what it pretended was Billee Taylor. Then, nothing ...

Challenge. Who was Minnie Walsh? From where did she come? Where did she go? Challenge accepted.

Mary Ann or 'Minnie' Walsh wasn't American. She was English. Born in Bury, Lancashire, where the Bellringers come from. Date 29 May 1853. Father Richard Walsh, an engraver, mother Mary Ann née Parkinson. The Walshes had two children in Bury (I wonder why the first-born was named Alonzo Gustivaous) before they upped and emigrated, in 1855, to Providence, and then to Brooklyn. 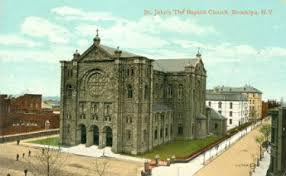 Minnie began by singing in the local church choirs. I see her at St John's Church in 1874, and at the Brooklyn Teachers' Association in 1878 ... then, suddenly, there she is hoisted to brief primadonna-dom! Why did she not follow up? It seems she married a certain Dr Ashton of Cincinnati. But by 1885 she is boarding, alone, in Providence, 'operatic singer' and back singing in church choirs and local concerts. She divorced Dr Ashton in 1890, ceased being Mrs Minnie Walsh Ashton, and the following year (28 July 1891) married a fellow chorister, Edward C Towne (tenor). And they apparently lived happily ever after. 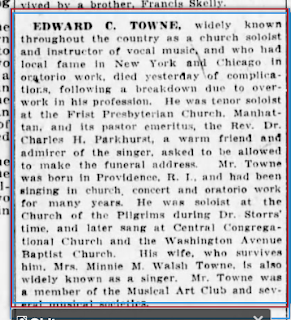 That was my lot. But. On the index page for letter "W" I noticed a tiny entry for a Mr Whitwell. A short (?) stint in the touring chorus at the age of nearly sixty. Whitwell. Hmmmm. I know a Mr Whitwell. But a quarter of a century earlier. Wonder if it is ...  And blow me down, it is!

John WHITWELL (b Sedbergh bapt 12 November 1822; d Lambeth 1882). Eldest child of William Whitwell, sawyer, and his wife, Effie née Blackey. The other three siblings went to work in the cotton industry, but John became a carpenter. At 22, he married Miss Hannah Kershaw of Preston, and they duly started a family .. William, James, Rose ... and then everything changed. In 1854, Rose was born in Preston. By June 1855, the family has emigrated to Islington, and John is sawing and nailing no more. He is featured baritone soloist at the New Music Hall in Euston Square. The tenor is Harry de Brenner, no less. Morris Abrahams. And 'Miss Waylett, ballad singer'. 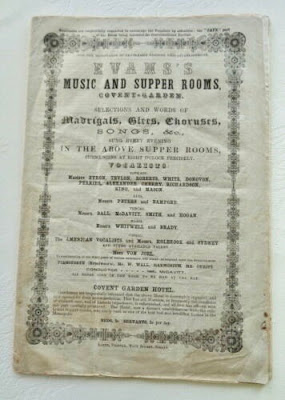 He stayed at Euston Square for a couple of years, then moved up to the Winchester Hall as vocal director. Tiens! and according to her advertising Miss Melrose had been prima donna at La Scala!

And look who is pianist! 'Mr Joel'. Pretty surely Mr von Joel ... who moved on 'the eminent whistler' to Evans's Supper Rooms, where we see him in the early 1860s alongside ... Mr Whitwell! And Aeneas Dymott. And James McDavitt, father of the beauteous Cissie Durrant ..  Evans's didn't often advertise, so I have no idea how long Mr Whitwell stayed there. Folk were inclined to stay a while. 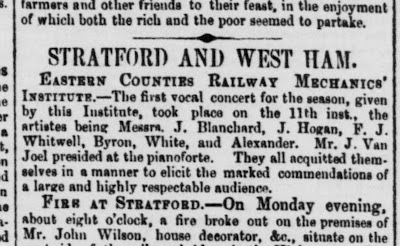 Well, John says that he's a musician/vocalist in the 1871 census, but I haven't managed to yet discover where, but he certainly is in 1881. He's on tour as a chorister with the D'Oyly Carte Opera Co. I wonder since when. Alas, it was not for much longer. He died in late 1882.

But the story doesn't wholly end here. Music and theatre blood trickles down insidiously ... John Whitwell has a descendant who is active in the London musical theatre to this day ... take a bow, the splendid Graham Hoadly! 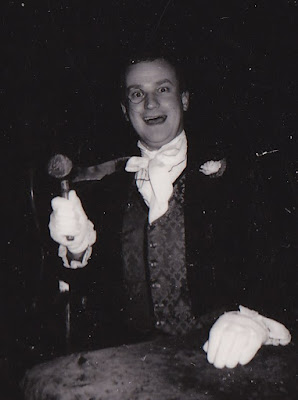 Posted by GEROLSTEIN at 12:33 PM No comments: 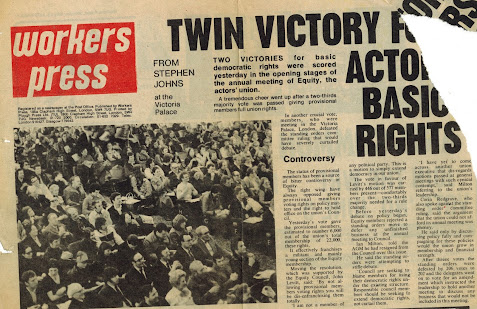 Posted by GEROLSTEIN at 12:11 AM No comments: