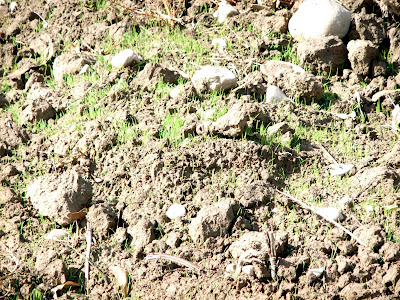 The mixed pickles of March

In between the spasms of horsework, housework (Sarah is back from her honeymoon, hallelujah!) and writing work, there’s always something out-of-the-ordinary to do around here..
Last night, in the quickly descending dusk, Wendy and I were out in the horse yards of Gerolstein, hand-sowing a hectare of new grass in a neat bit of teamwork, especially for a pair who’ve never done any such thing in their lives. Neighbour Tony had pulled his sharp harrows through the baked and sprayed-dead paddocks ... we raked and culled the mostly browned-off megaweeds into a huge firestack, and then I set off to scatter – with a good biblical motion .. a dozen kilos of pink and blue CRT seed over the said hectare and a bit of land. Wendy followed behind with a home-made rake concocted from the ride-on mower, pulling behind it a screen, and laden down with an old gate and a heavy tyre…
Our improvised system seems to have worked remarkably, although I was clearly a bit heavy on my sowing gestures, as we got through nearly thirty kilos of seed, before sinking gratefully into a hot shower, a djellaba and a bottle of something crisp, in front of the evening’s racing.
Now it’s a case of keeping all those paddocks damp for a week to allow a little germination: this will, I suppose, be the moment when the iffy Christchurch autumn chooses to blossom into burning days…
Watch this space for the first blades. 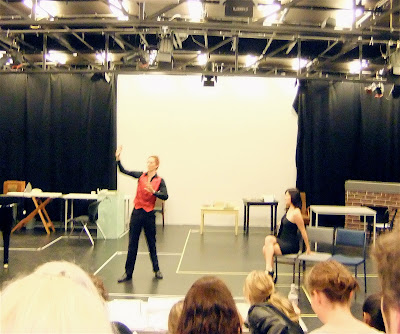 My other unusual event these last days has been a visit to NASDA. That stands for National Academy of Singing and Dramatic Art.
Yes, I know. I retired years back. I don’t do the twentieth-to-21st century of theatre any more, just the 19th, but … principal Richard Marrett, an old pal, convinced me that inculcated skills never die and that it would be good for the pupils to be confronted by someone – and someome from little old Christchurch what’s more -- who had been and done what they are striving to be and do: so I went. And now I am all involved. So far, I’ve only chatted with the students (79 of them), and some of them with me, I’ve listened to sixteen of them in a ‘performance practice’ class, and I’ve talked a little with their principal teachers. But, when I return, I think a few ‘master classes’ with the more advanced and promising (and vocally interesting) young folk will be in order … and, well, we’ll see. If I enjoy them and they enjoy me, if I can inculcate professionalism into them as well as performing skills, then perhaps I still do have some thing to offer.
Another space to watch, but not till the southern spring. 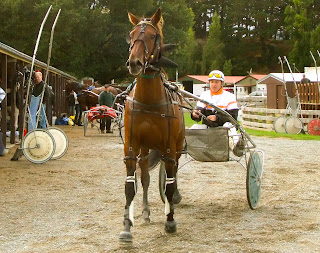 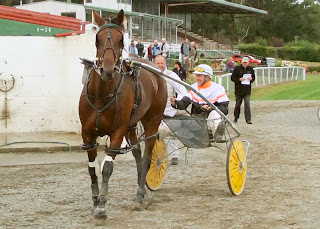 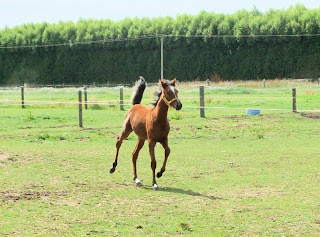 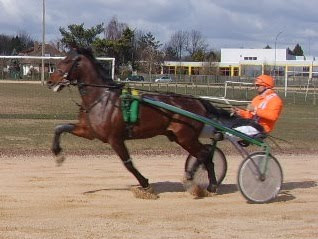 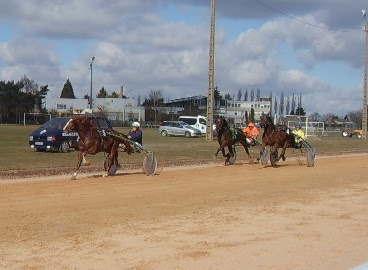 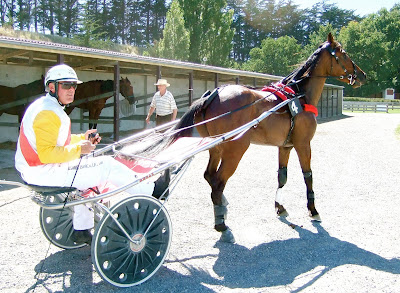 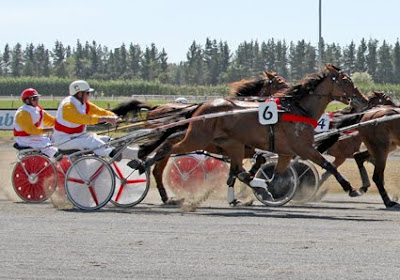 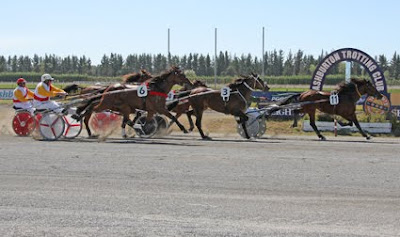 Posted by GEROLSTEIN at 5:41 PM No comments: 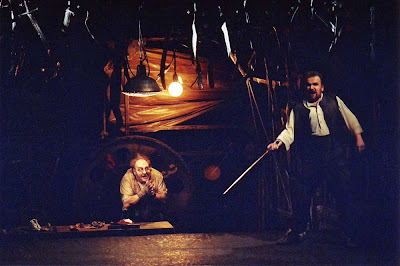 I am trying to have no preconceptions, no fixed ideas. I am not swatting up the half-forgotten details and music of Wagner’s work. I want to come to this as a piece of fresh and ‘new’ music-theatre. Which, I imagine, will make me the only writer-cum-critic in the world, amongst the hundreds who know the piece note and word perfectly, in such a position…
Watch this space!
Posted by GEROLSTEIN at 1:20 PM No comments:

Weaned, or Where's my mamma?

.
Douchelette's hooning days are done for a wee while. It's the big wean time. And she is not at all happy about it. In fact, she is sulking big time. Five acres and a couple of square metres are just not comparable... 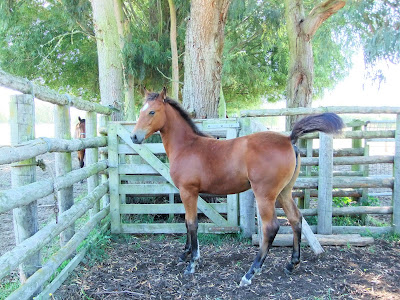 Happily, however, there is little Uncle Mikie, through the prison bars, for company and conversation .. and on the other side big Auntie Rose... 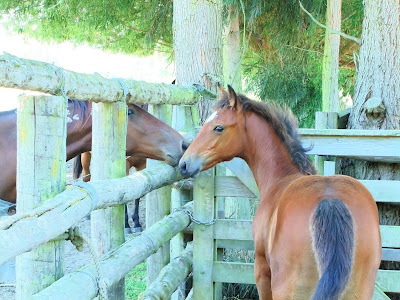 All part of growing up, girl! So quit pouting and get into that adult food: broodmare mix and water instead of mother's milk..
Posted by GEROLSTEIN at 11:26 AM No comments:

Photo of the day!

Today 'papa' Frank came out to visit Douchelette and, in spite of the grey and the rain, I popped my camera in my pocket before heading for the forest paddock...
A last photo with mama, in all probability, as tomorrow is set to be weaning day.
Almost as if they knew, mother and daughter put on a lively show for us 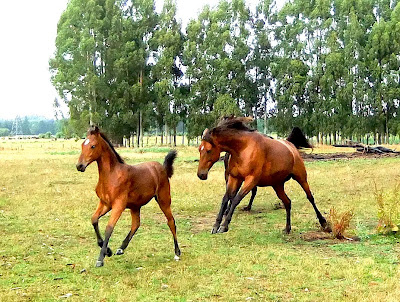 I am delighted to say that Frank has decided to christen this beautiful filly, by Love You out of La Grande-Duchesse, by the perfect name of 'Duchesse de l'Amour'
Posted by GEROLSTEIN at 4:44 PM No comments: