SING OUT, SIBYL!, or Esclarmonde comes to Germany

I first visited the Anhaltisches Theater in Dessau three years ago, when their enterprising company was ambitious enough to stage Auber’s La Muette de Portici. This year, they have been even more splendidly ambitious, and have come up with a production of Massenet’s spectacular Byzantine Zauberoper, Esclarmonde (1889). 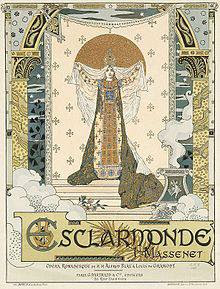 It must be said, right away, that Esclarmonde is not an opera of the stature or fame of La Muette, which was played tens of thousands of times round the world in its time. It is a curious piece: a Zauberposse or féerie in character, which seems to belong at the Porte-Saint-Martin rather than at the Opéra-Comique, where it had its initial, not unsuccessful, performances, starring the ill-fated Miss Sibyl Sanderson, a pretty, high society-amateur soprano from California who had enraptured (among many other men) composer Massenet. 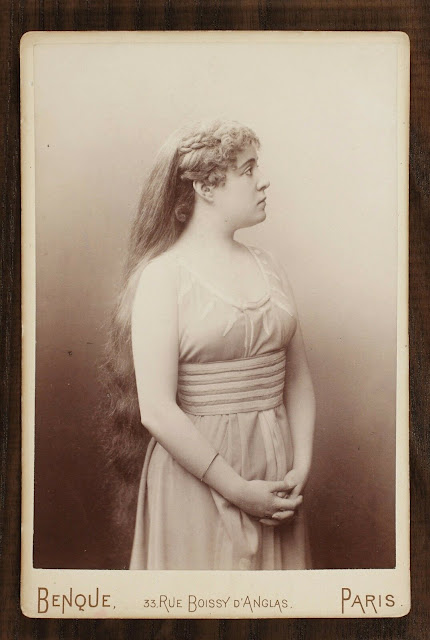 Thereafter, it sank into the minor repertoire, until hoisted back into the limelight by Richard Bonynge, with Joan Sutherland’s famous voice giving a whole different dimension to the frills and trills written for Miss Sanderson’s high, light soprano. And, thus, Esclarmonde came at last to its Deutsche Erstauffuhrung, at Dessau, tonight. 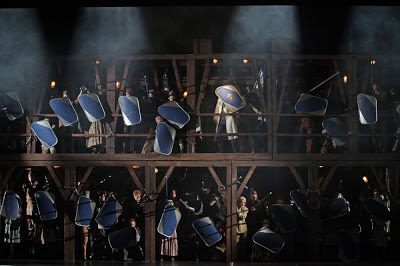 Dessau has come on a huge amount since La Muette days. The standard of production tonight was kilometres ahead of that of three years ago. The staging and direction of Roman Hovenbitzer, in particular, were much superior that of his predecessor, and did a great deal – with the help of an enormous stage and some fine imagination – to fulfil the spectacular requirements of the ‘magical’ opera. Splendid pictures ... the first entrance of the heroine rising like a white-veiled Frumah Sarah from the bowels of the earth, and the excellent realisation of the ‘ring of fire’ into which the sorceress vanishes, stick impressively in the mind ... in a tidy and truthful staging. And not a plastic shopping bag in sight ... although I did recognise one truck from La Muette. 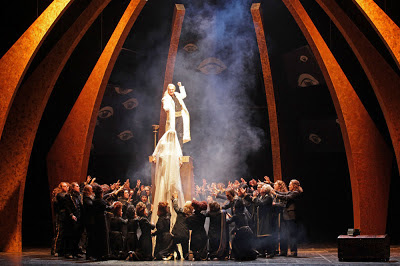 The orchestra has always been an outstanding feature of the Anhaltisches Theater. They were the stars of La Muette, and they were stars again tonight. Oh! that all theatre orchestras (conductor: Daniel Carlberg) played so beautifully. And, oh, that all theatres had the accoustics of this marvellously constructed house. 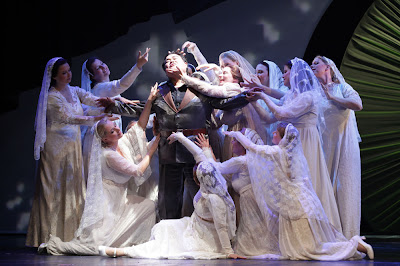 Of course, any production of Esclarmonde relies largely for its success on its leading lady. Tonight, it was Angelina Ruzzafante, whom I had already seen as Elvira in La Muette. From Elvira to Esclarmonde is quite a way! Would she be a Joan or a Sibyl? Vocally, Ms Ruzzafante was impeccable. Not Joan, but, I’m sure, much superior to Sibyl. She negotiated the often irrelevant vocal fireworks written for Massenet’s lady friend, clearly, firmly and accurately. A little more volume and a lot more sorceress-style fire would have been nice, but she sang finely, and acted earnestly, without dominating the stage, as I would have liked. Alas, she was handicapped in any effort to look the part of the sex-seeking Queen Sorceress by a truly appalling blonde wig, and a dress that made her resemble a stout little hausfrau. I am sure hemlines weren’t so midi in Byazantium. 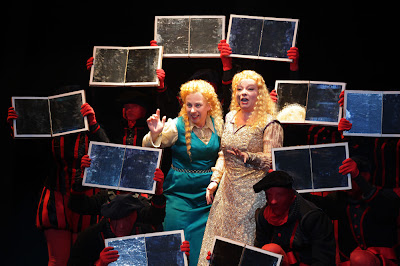 The other mega-role of the piece is Esclarmonde’s ‘parfait knight’, le sieur Roland. Here, we hit pure gold. Sung-Kyu Park didn’t look too much like the hero of French legend either, a broad-shouldered, stocky Korean, but oh! could he sing the music! His firm, clear, deliciously smooth tenor was just made to sing Massenet, or probably any French music, and it was a joy to listen to him sing it ... in almost comprehensible French. His big solo (the equivalent of Manon’s ‘Ah! fuyez, douce image’) was the hit of the night. 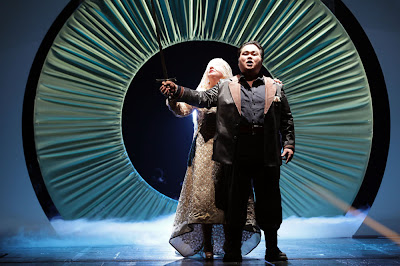 Mezzo Rita Kapfhammer sang lushly (and not enough) in the role of the heroine’s sister, Ulf Paulsen produced some glorious middle and lower notes as the basso King, and Alexander Dubnow excited the audience with his stentorian herald, sung from the balcony.

So, all in all, Dessau gave Esclarmonde pretty good service for its first sighting in Germany. Staging, singing, playing … all were good to splendid. 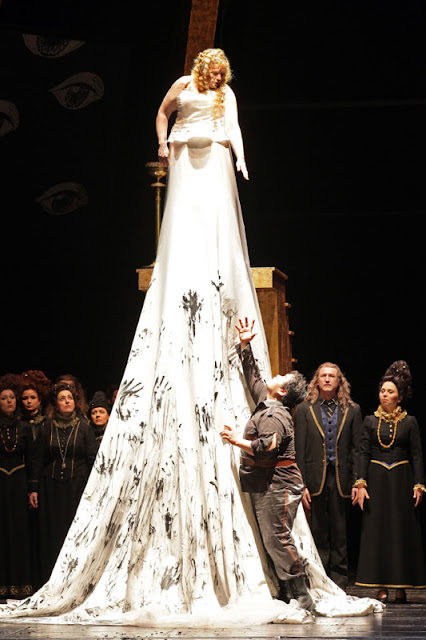 I’m not quite sure that Esclarmonde is truly worth it. I still think it belongs to the fairy spectacular genre.  Except you’ve got the trills for Sybil tacked in. So, will it get a second German production? Maybe. But I’m extremely glad to have had the chance to see this very capable first one. 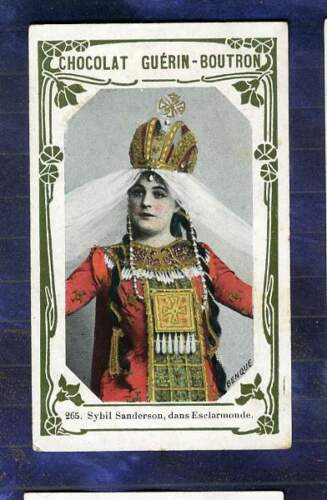 I wonder with what treasure from the past the Anhaltisches Theater will come up next year!  I’ll certainly be back to find out!

Postscript: In a country where production photos are noticeably poor, another prize to Dessau for some fabulous theatre photography (Claudia Heysel).