Last night I went back to the delightful, atmospheric Bar Jeder Vernunft, the glamorous little tented venue which, in 2009, launched me so auspiciously on my now annual round of Berlin showbusiness (http://kurtofgerolstein.blogspot.de/2009/05/attention-deficient-goldfish-in-berlin.html).

Somehow, I hadn’t been back there since that memorable night, but now all that is set right. 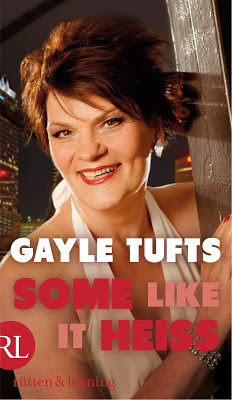 Ms Tufts’ evening, Some Like It Heiss, is a classic, fun-filled mixture of stand-up comedy, fine monologue material, and zippy songs. And the lady herself a statuesque, twinkling dame who doesn’t look nearly old enough to be joking about the menopause. She delivers her material in a rich, clear contralto: mixing German with sprigs of American in such a way that even folk like myself, with a limited acquaintance with the German language, can understand the humour. And it is that genuine type of humour, based on real life and personal experience, and not just a collection of joey-joeys. Friendly humour, likeable humour. The best sort.

The musical part of the evening (accompanist: the enjoyable Marian Lux) was just as successful as the comic and just as personal. Great to hear original material, rather than ‘Don’t Rain on my parade’ or ‘I’m still here’! And delivered with ringing panache. Great to hear someone taking the mickey out of the oh-so-trendy Brecht/Eisler tradition. Great full stop. Has anybody yet cast this lady as anything from Dolly and Mame to Mrs Peachum?

So, a grand return, for me, to the Bar Jeder Vernunft, and a grand introduction to ‘Madam’ Gayle Tufts and her thoroughly ‘hot’ show. Those who like it ‘heiss’ will love this!  I did.
Posted by GEROLSTEIN at 1:55 AM No comments:

THERE ARE FAIRIES IN THE MIDDLE OF MY KITCHEN ….


Today, to the Staatsoper. To see a ‘partly-opera’, by name Aschemond. Aschemond? A mixture perhaps of Aschenbrödl and Frau Luna. Oh no. Much more of a mixture than that. Shakespeare and Purcell stirred in (advertisedly) with a non-book and 21st century music by Helmut Oehring. Sounded like a dangerously 1980s University student cocktail. And what is this? … mixed in also with Sylvia Plath! Mon dieu! The trendy idol of the 1980s University crowd. How old fashioned! Oh dear. It seemed I was in for a horridly pretentious afternoon.

Well, it didn’t turn out quite like that at all.

When a piece cannily advertises in its programme that it has a non-book, you can’t criticise it for that. In fact, it sort of did have an outline: a series of glimpses back in time by a young man theorising on his crazy, sexually immature, repulsively self-centred mother’s alcoholic suicide. Ms Plath, I imagine.
However, someone wanted to use Purcell’s songs, and Herr Oehring obviously had his settings of Shakespeare’s sonnets in his bottom drawer, so the whole lot was turned into German text by Stefanie Wördemann, and voilà; the non-book. The partly-opera.
With fairies in the kitchen. I’m not sure why. But they were nice fairies and looked and sounded grand ..
Aschemond certainly didn’t claim to have a non-score. In fact, it has a grand one. The mixture of Purcell’s music and Oehring’s modern tones worked magnificently. I waited expectantly to feel uncomfortable, but I didn’t. Which was a miracle, in two and a half hours WITHOUT an interval. The only bit of new music I didn’t like was the dirge setting of  ‘Shall I compare thee to a summer’s day?’. By the time the singer got to the last syllable of his (English) word, you had forgotten what the first syllable was. And, sorry Mr Purcell, the musical highlight of the night for me was the contralto showpiece in ‘Autumn’. By Oehring.

The staging, too, was a surprise. Looking at the photos before the event it looked like a boring box set. Well, the box set turned endlessly (perhaps too much) producing a seamless action, and in spite of the ‘non-story’ requiring the same scene to be repeated several times, only in the last half hour (when people began walking out of the audience) did it, with its deliberately slow pace, begin to drag. I see from the libretto that cuts have been made. More are needed. And an interval. Otherwise the slow pace becomes oppressive.

The cast sang their two kinds of music well: Tanja Ariane Baumgartner (contralto) got the bon-bon of the new score, Bejun Mehta (counter-tenor) the best of the Purcell. Marlis Petersen (soprano) as the mother did well in both, but one was so irritated by her smackable character that one just wanted the wretched woman off the stage.

A feature of the show was the written-to-order role of the housekeeper, played in sign-language by the non-hearing actress Christina Schönfeld, in a show-stealing but necessarily non-singing role, and the central grown-up little boy, the narrator, was played beautifully by Ulrich Matthes, in the crispest clearest actor’s voice I can remember in years.

I could go on giving ‘credits’ here for miles. They fill six pages in the programme. Two orchestras, instrumental soloists, two conductors, dance staff  (although the dance element was absolutely pasted in), designers of this and that, etc. But for a new piece, I think the piece deserves the attention.

I hope they work on with Aschemond. More trimmings? Perhaps a bit of an attempt to make the central woman less Plath and more sympathetic, a new setting of ‘Shall I?’ and cut the totally unnecessary choreography. And without doubt, put in an interval. Oh, and for the ordinary audience’s sake: kill that claque in the back row.

And then I think – pick yourselves up off the ground, you who know me -- I would like to see it again.
I who, in 67 years, have never seen an even partly-modern part-opera a second time.

The world is full of surprises!
Posted by GEROLSTEIN at 11:30 AM No comments: 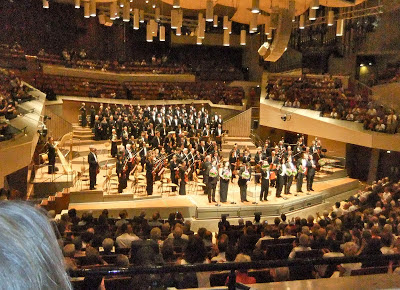 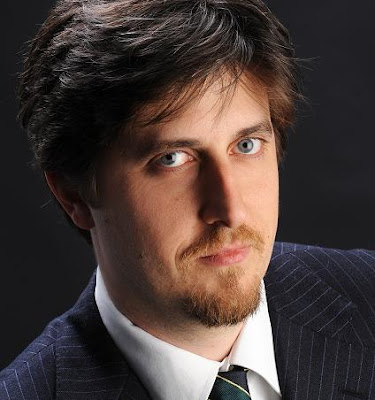 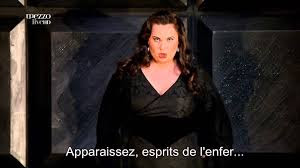 All I know is, I’d cross town any time, even at the renewed risk of running into an American president (a nice young soldier helped me round the barricades), to hear Tagliavini sing anything at all, and to hear that War Song again. I hummed it all the way home (‘Non piu me-he-he-he-sta…’).
Posted by GEROLSTEIN at 1:23 AM No comments: