*
Who can resist them? 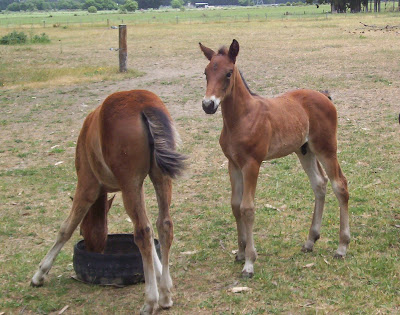 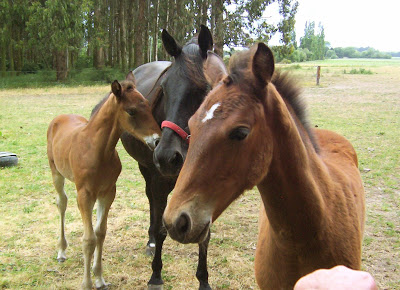 What a day.
Up at the crack of dawn, and into Christchurch for a session of what’s politely called dentistry – slashing, scraping, stitching – a miserable and painful morning .,,
The day could only get better. And it did.
Elena has been scheduled to go to work on the beach since her successful performances on our home track, and today was the day. Since Dion, her usual companion, has an iffy hoof, and since Dion’s usual driver was busy being miserable and pained, Lena was loaded all alone (and without even resisting) onto the new float, and hauled off to Woodend beach to do her stuff solo. 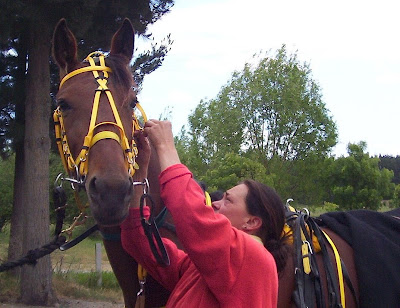 I watched from the sidelines as Wendy readied her for her year’s debut on the sands, and from the dunes as the pair of them headed off down a mile and a half of empty beach…
It seemed forever before the little spot in the distance became a horse, pounding back towards me along the water’s edge… 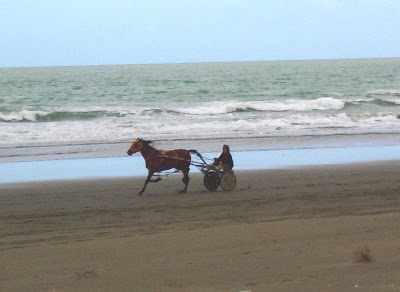 But she’d done it. She’d done everything right, at last. And, dammit, I reckon she knew. She gave me a big grin – I’ll swear she did – as she came back over the dunes. 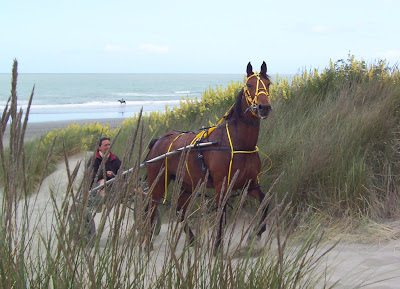 Well done, Lena. That’s one more step towards the racecourse…
My teeth? Oh, I’d forgotten about them…
Posted by GEROLSTEIN at 10:47 PM No comments:

Saturday was quite a day in the Gerolsteiner horse world. For, today, our two little newcomers met their ‘fathers’. I don’t mean their biological father, who lives in France, and only travels across the world in frozen ‘sticks’ to the mares of his destiny, but their real fathers: the men thanks to whom they came into the world.
Messrs Jack Dowie and Frank Marrion.
Jack, of course, you’ve met many times on the pages of this blog, horseing around the colourful parts of France with me. It was he who first had the idea of crossing my two New Zealand mares with the French blood of ‘Love You’, and he who is my partner in this whole exciting intercontinental affair.
Jack flew in from Europe Friday night, on business, and on Saturday he was on his way to Gerolstein to meet our ‘children’. We met up at the Rangiora trials, where baby Barney had gone for his second practice at being a racehorse (well done Barney! No gallop and a nice comfy 4th) and …
There, also, we met up with the other godfather in this story: Frank Marrion. You’ve met Frank in these pages too, but only under his pseudonym. He’s ‘the man who knows more about breeding than..’ who appears in a couple of my stories. And it is he who has been the moving force in getting this entente extremely cordiale between French stallion and New Zealand mares up and running. He is the 'Love You' man on this side of the world.
Jack and Frank and I convoyed back to the farm, and there everyone was introduced to our impressive little pair of foals. I think the two of them were bursting with pride almost as much as I.
Getting two hungry mares, two slightly shy babies and two doting (god)fathers all to pose for the camera at one time was impossible, so the foals got photographic precedence… 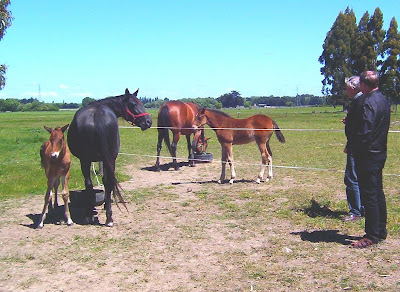 Over our post-papaing coffee, Jack and I also came to some serious decisions:
(1) Lucy will be LUCIE DE GEROLSTEIN, as she is a French mademoiselle (and her mother is, after all, ‘La Grande-Duchesse’)
(2) In spite of what Becky the vet says, we decided it could be damaging for hunky Dazie to go through life like ‘the boy named Sue’, a macho male with a girly name, so at the age of 7 days he has been tactfully elided into D’ARCY DE GEROLSTEIN

So, take your first bow, D'Arcy: 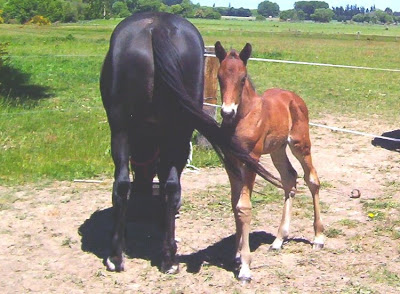