I was a teenage Shakespearian ac-tor!


Christchurch Civic Theatre 1963. 56 years ago. Henry IV part 1. Given by the laughably-named Canterbury University Drama Society. Most of the leading players hadn't seen University in a year or three. I was a seventeen (just)-year-old first year law student.

Where are they now? What became of them? Who were they all? Were they any good? Did any (apart from I) become professionals. Have I seen any of them in the half century since? Well, I guess the answer to all that is some and sort of ..

Before: I was at Nelson College behind David Bretton. He won the grown-up singing cup when the vile, lubricious music-master was forcing me to sing falsetto, and I cracked into basso in the middle of my Mendelssohn. I was classmates with Barry Empson in Law Year I. I had met Adrian Burr at the University Bookshop, and I think it was probably due to him that I went to audition. That's all. 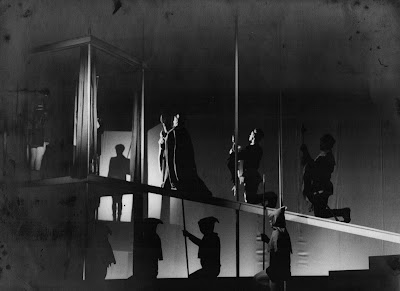 Since: I have seen that Huntly Eliott went into TV, and Mervyn Thompson (who was the best actor) into the theatre, everyone knows what became of lawyer Gerry Lascelles, who must be 90 now, and lives too far on the other side of town for us to meet up. I later sang in Amahl (Gerry directed) with Elizabeth Hellawell and Glenn Wilson who had a good baritone, and if Tom Finlayson is the same TF who shared a dressing room with me at the London Palladium .. well, then I re-met him 15 years later! I think Gerald Orchard and Jim Hopkins may have played in my 1-act The Women of Troy a few years later.

Then: What else do I remember? Well, Ngaio in black with a furry waistcoat, covered in cigarette ash, nicely tell me off (in rehearsal!) for interrupting Hotspur while he was doing the fashionable 'mood preparation' nonsense. I had never heard of it, and have continued to find 'method acting' ridiculous to this day. Thanks Dave Hindin.

Better memory? Prince Hal offering me a ride from town out to the showgrounds rehearsal room on the back of his motorbike. Frst time on a moto, first time tightly enlaced ooo err. I was in love in ten seconds. Ian Kirk, I hope you are happy, wealthy, fulfilled and most of all 100% heterosexual. 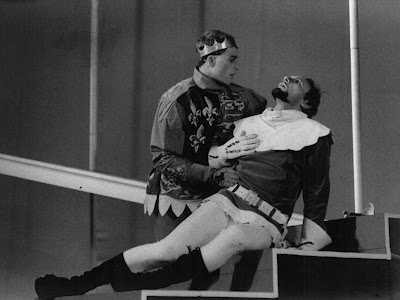 I have memories of Gwen Chapman as an interesting Quickly, Welsh Mr Orange (a lecturer?) as Welsh Owain, Gerry Lascelles as a hugely-padded Falstaff, and I remember Lady Mortimer and her Welsh song. An important element in the play. A lovely soft contralto ...

At seventeen years of age, I wasn't about to find fault. But, looking back, I now realise that Ngaio's direction was perhaps less effective than that of many of her local contemporaries, and her casting was perhaps done too much from her inner circle. But what the hell, she (or her circle) picked me ('my next Jon Elsom') to play my only Shakespearian role, I had a great time, my Mum and Dad came down from Nelson and were so proud ... until I subsequently announced my intention of going into the theatre!


Well, I did. And the rest is history.
Oh, chuckle. I was (temporarily) 'Brian Gallas' (shudder) in those days. Reasons to be found in the earlier episodes of this blog.