A photo from Oudh: or, Way Down upon the Sardah Canal.

Who are these men? I spotted this photo on e-bay, being sold by one of Britain's most impenitent breakers-up of family collections and albums. 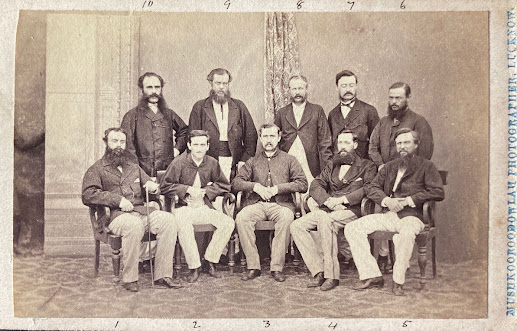 It seems easy enough to see its provenance. A handful of other photos labelled with the same surname appeared further down the page. And the back of the photo is inscribed with the surnames of the sitters ... and the occasion of their team photo ... 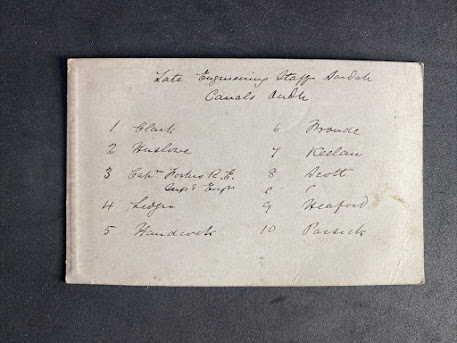 Late Engineering Staff Sardah Canals, Oude. Oh, dear: the Sardah ... well, it doesn't seem to have been regarded as a fiasco, but it certainly gobbled up a huge amount of money between 1869 when the surveys took place, and 1872 when the whole project was abandoned as a bad idea. Much has been written about the details of the proposed construction, and in spite of the actual plans being destroyed in a fire at the storage place in Allahabad, survives to this day, contained in various writings, most notably Report on the Sardah Canal Project by the supervising engineer, John Greenlaw Forbes. This book was written in 1870-1, published by the Oude Goverment Press, as such reports were, and was like most such reports destined to sombre dustily in goverment files. But, for some reason, in 2012, someone scanned its pages, and put up for sale as a hardback on amazon! I've plodded through it, and can recommend it only to students of civil engineering and disastrous waste.

However, the blame for the fiasco certainly did not rest with these ten men. They were the men who did the actual work. Although I feel Captain Forbes's hands-on contrbution must have been limited by his vast amount of minutely detailed writing on the project.

I've tried to put full names to the ten faces. I'm afraid I've only scored a six, but here's what I have ... 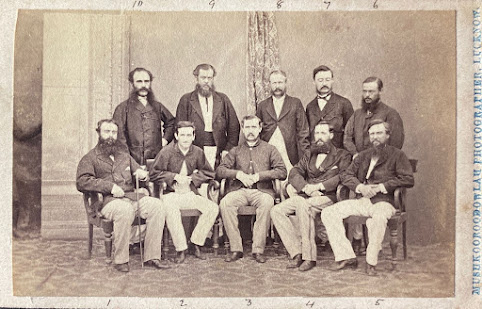 I'll keep trying for the others, but in the meanwhile let's briefly dip into the other Ledgers. I said I'd encountered Z M Ledger's family before ...
Here it is. I wonder if all the photos are from the same dismembered hoard.
https://kurtofgerolstein.blogspot.com/2020/11/walter-walter-leader-me-to-gibraltar.html
Well, now we have M[ary?], E[lizabeth?] and William photographed in Lisnaskee, Fermanagh. 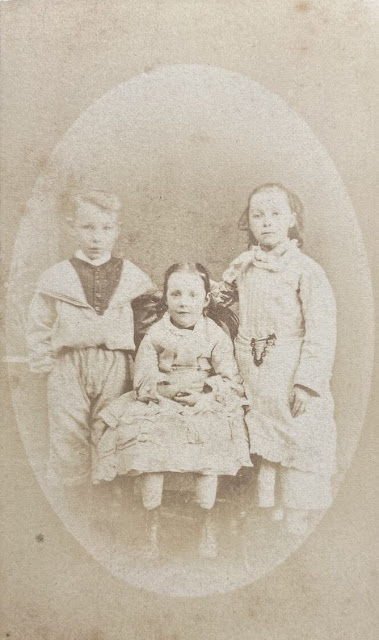 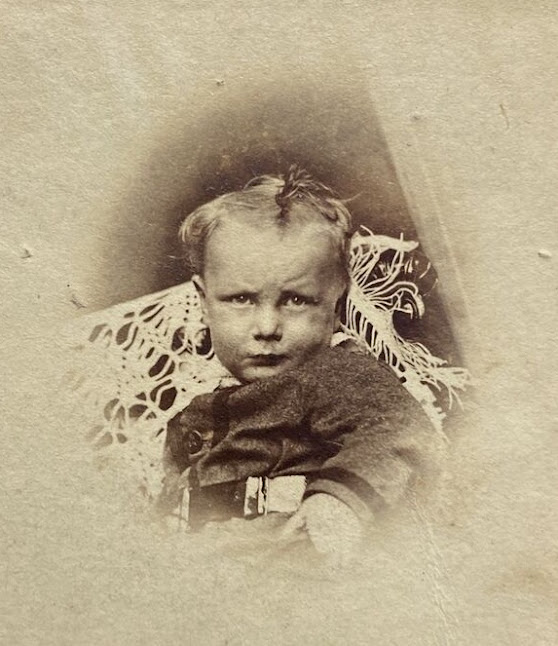 But when? And is that William the same as this William?
And is this his wife? 'Mrs William Ledger'. Photographed in Dundoran, Enniskillen. When? 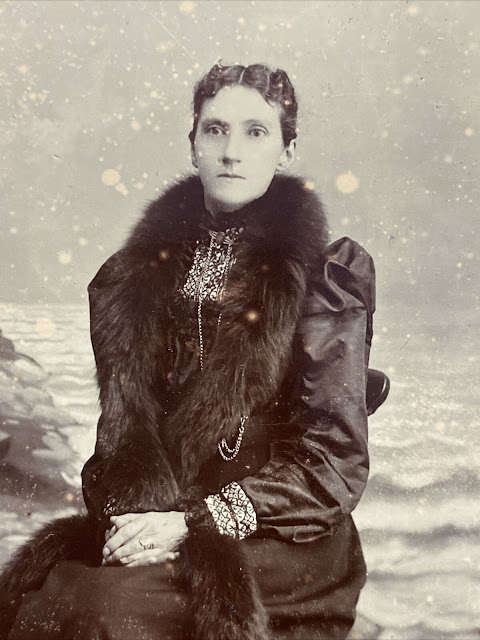 In the same bundle is a snap of a baby named Philip. And a picture of 'Robert and Philip Ledger' some years later .. 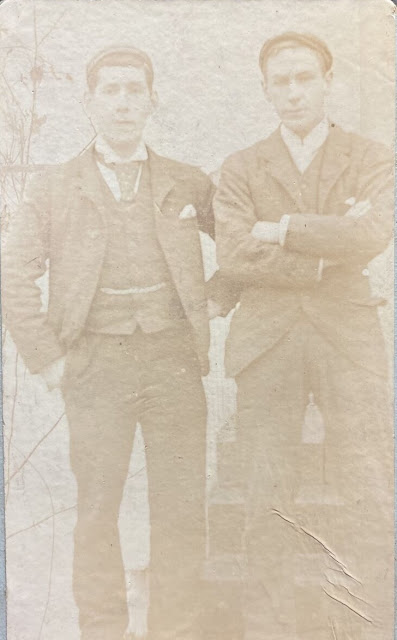 Well, I see Rev W Ledger of Lisnaskea (sic) mentioned in 1879. But that's the Rev W C Ledger, rector of Lisnaskea, whom we met in the previous blog. His children? James, Mary and Robert. Grrrr.
This should have been easy. The connection of Ledger with Lisnaskee/a ... William Ledger of Lisnaskea at Glasgow Veterinary College in 1889? And ... yes! son of the Rev WC and Henrietta born 6 October 1868 at Shinrone ... There he is in the Scots census at 161 Shamrock Street, '21 student of medicine' with, heavens! a wife Martha and a 4-month daughter Mary C. He's a vet in 1894. Now what have we here. William Ledger, surgeon, wife Constance, 9 year-old Constance ('deformity of hip') and 4 year-old Marion, all of Fermanagh, heading for Chicago? 155 Garfield Boulevard .. brother ... 22 June 1899.
Here he is ...

Few fibs in there. But looks like he's joining up and heading for Aldershot.
But the others aren't clicking into place ...
Have a shot ... I'm going out to water the flowers ... then a bit o' chardonnay ... and a beautiful new book. HANKY-PANKY. A biography of the dreadful 'Ernest C Rolls'.
Posted by GEROLSTEIN at 7:05 PM