A Wheeling, Va prima donna given her due ...

The name of 'Kate Rolla' doesn't mean much these days. In fact, the one engagement for which she is remembered is one in which she had to be replaced. Mr D'Oyly Carte had made his umpteenth mistake in casting an American beauty soprano at the Savoy ...

But Kate had had some good years, in Europe and in opera, before that bit of miscasting as the heroine of Mirette, and the Rita of The Chieftain ...

It was once said of the actor Hoskins that ‘the best part of his acting was his looks’. It could be said of many more performers today. I think that it might have been at least partly the case with ‘Kate Rolla’. Her decolletée was lower than her notes were high.

‘La très belle Kate’ was born into a rich and well-established Virginian family, whose ins and outs are chronicled in books on Important Virginians. Her father was George Keiter Wheat (d 27 June 1913), her mother Fannie Josephine née Doane, and, when applying for a passport, she said she was born variously in 1861 and 1863. Unfortunately for that calculation, the 1870 census shows her as 11 years old, so, shall we say 1859?

Of her early life, we know that she took music lessons from a Mrs Golding, married a gentleman named Oscar Rammelsberg (b Cincinnati 3 January 1853), spent the winter of 1878 in the Grand Hotel and the summer at Swampscott, had a son George Frederick (27 March 1879) and, at some stage, set off for France. Whether she is the Madame Rolla who played a small part in Belle Lurette in 1880, I doubt. No, she can’t be, because there she is in June 1880 singing ‘O Know That my Redeemer Liveth’ in church in Wheeling (‘formerly a member of the choir’). The Ohio press says she arrived in Paris in July 1882, is studying with Marchese (sic) but Mrs Oscar Rammelsberg is reported, in 1883, to have ‘lost her voice’. However, she’s back in Cincinnati at the end of the year, staying with her parents, and delivering bits of Aida and La Sonnambula in a private recital. Soon, the report comes ‘Mrs Oscar Rammelsberg of Wheeling Va, twenty-one years of age (sic), has made an impression on local critics by her vocal powers, and in order to begin her career on the stage in proper form she has applied for a divorce from her husband. She charges him with being a professional drunkard’. One part of her life was over, the next was about to begin.

1 January 1885, Kate Rolla made her first appearance on the stage. It was at the Carcano Theatre, in Milan, and the opera was Linda di Chamonix. The New York Times reported ‘Miss Kate Rolla, an American young lady, made her debut at the Teatro Carcano this evening in Linda, and achieved a great success. She was recalled four times, and was encored in the second act’. The German press copied the same item: ‘Eine junge Amerikanerin, Frau Kate Rolla, hat im Carcano Theater als Linda glänzend debutirt. Schönheit der Erscheinung, prachtvolle Stimme und gute Schule bewirkten gemeinschaftlich den Erfolg’. The Sedalia Weekly Bazoo got it a bit wrong. They had her doing Lucia and identified her as Mrs Kate Wheat of Rammelsberg, Va. Wheeling clipped a huge piece from the Morning News sent by an unidentified lady from Paris (mother?), which was probably the original text which was, thereafter, copied. 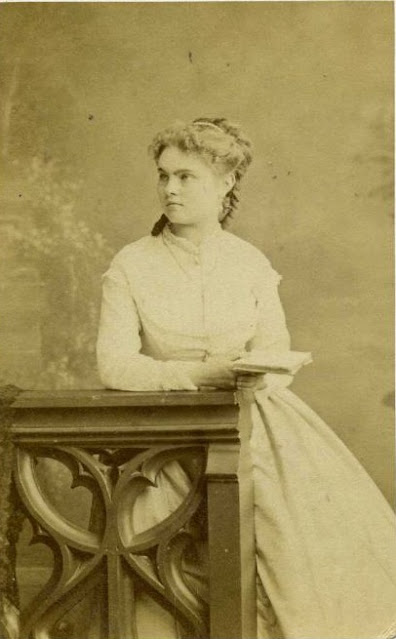 I spot her later singing in Il Guarany in Aquila and Linda in Moscow, and the American press also reports her in Florence, while a letter from her mother places her Palermo in May (Norma) with a coming engagement in Fabrisco. I pick her up at the Teatro Bellini (Lucia di Lammermoor) in Naples, and at the Teatro Rossini in Venice (Rigoletto), but there seem to have been problems elsewhere. She was forced to leave Russia (Micaela in Carmen) because of the climate, she had a nervous breakdown at the Apollo in Rome … and in July 1887 she was back in Wheeling. After a concert (‘The house was packed from top to bottom with a crowd eager to hear their townswoman. Echoes of her foreign triumphs had reached them. When Mme Rolla appeared she received such a reception as has never been ...’). She sailed out 16 September, with the Mapleson troupe (which makes nonsense of the subsequent tale that the impresario hired her on the dock at Dublin) to Britain and, apparently, opened 10 October in Dublin singing Micaela to the Carmen of Minnie Hauck. Colonel Mapleson records in his memoirs that she had ‘a great success’. ‘She was very warmly applauded by the audience, especially for the song in the cave scene’. I see ‘Madame Caterina Rolla’ ‘sang and acted admirably’ as Elvira in Ernani, played Violetta in La Traviata, Donna Elvira to the Zerlina of Miss Hauck/Mme Sinico, and second lady in a very American production of Il Flauto magico, alongside Marie Decca, Louise Dotti and Minnie Hauck. Her reviews were good to fine, and as the short tour continued, she also sang Marguerite in Faust alongside Petrovich and Abramoff. 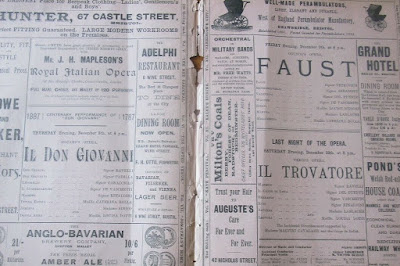 On 3 June she was brought out as Amelia in Un ballo in maschera with Arnoldson, de Reszke and Lassalle, with fair result: ‘an intelligent style of acting and a voice very sympathetic in the middle register though a trifle shrill in the upper notes’. G B Shaw, on another occasion, would say the same thing in his personal way: ‘As to Miss Kate Rolla, who also sang, she has two accomplishments: she can sing very well; and she can scream like a steam siren. When she screams she pleases herself: when she sings she pleases me’. But she was judged a success and when Augustus Harris’s Provincial Opera Company performed Carmen at Crystal Palace 6 October 1888, Carmen was played not by Trebelli but by Kate Rolla!

On tour, she appeared as the Countess Almaviva to the Susanna of Ella Russell, when Don Giovanni was given she stepped up to play Donna Anna (‘most admirable’), gave her Elvira in Ernani (‘exceptionally artistic singing’) and shared Valentine in Huguenots (‘exceptionally good’) with Miss McIntyre. She also took on Leonora in Il Trovatore while Miss Russell played Aida.

At the end of the season the printer’s ink flowed: ‘Kate Rolla has been re-engaged for the Augustus Harris opera for the next three years. Mlle Rolla is now at Enghien, and will probably appear at the Paris Grand Opera this year. Her progress has been very rapid…’. ‘Mr Mapleson has brought out four exceedingly promising vocalists [this season]: Madame Melba, Mdlle de Lussan, Madame Rolla and Miss McIntyre ..’.

Mme Rolla was, logically enough, announced for the next Covent Garden season but she didn’t appear. She had reached the most solid position of her career … what happened? Well, one thing that happened in 1889 was the death of her (divorced?) husband. Was that it? But the Wheeling press said nothing. I see her singing Il Trovatore, Rigoletto and Un ballo in maschera with Ravelli and d’Andrade at the Italian opera at Kroll’s Theater Berlin, in April-May 1889 (‘eine dramatische Sängerin von enormer Kraft und gute Schule’)? But, after that? Had she gone off to Russia or somewhere else outside my radar? Or had she had vocal problems again … she would never again have it so good. She was far from finished, but she would never have it so good. 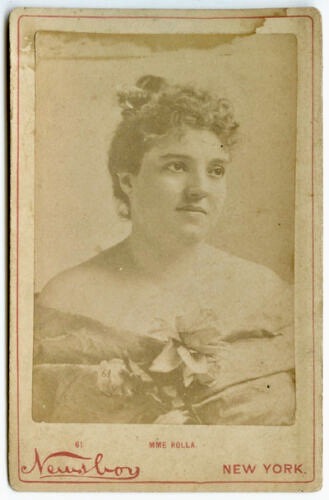 Mme Rolla comes back into view in early 1891, in England. First at Liverpool in concert, then with Jean Gérardy (‘failed to impress her audience’) and finally back at Covent Garden. She sang Berthe in Le Prophète (‘fairly successful’, ‘sang agreeably’), Carmen and once more as Donna Elvira. The unpredictable G B Shaw decided ‘[the] B flat at the end of her aria was perhaps the most excusable of all the inexcusable interpolations’ but that she was ‘as good as gold’ and the best Elvira since di Murska. Di Murska? Others were more reserved.

The following year, she was back in America singing in concert in her ‘dramatic soprano of penetrating quality’ (‘Suicidio’, ‘Still wie die Nacht’, ‘Last Rose of Summer’), at the Chickering Hall, the Casino Theatre concerts alongside Marie Tempest and Hayden Coffin, at various ladies’ clubs, and then came the old call again. This time from the Metropolitan Opera House. Lilian Nordica was ‘off’ would Kate come and sing Donna Elvira alongside Fursch-Madi and Arnoldson.

‘Mme Kate Rolla was called upon at extremely short notice to sing Donna Elvira. It was stated semi-officially in the corridors of the Opera House that she had had no rehearsal and that she had not sung the part for three years. It would have been difficult, if this statement had not been made, to believe that she had sung the part for five years. Her performance was of that mediocre kind which is proverbially intolerable to both gods and men. The quality of her voice was not pleasant, and her vocalization was generally angular’. One paper referred to her ‘obvious flare (sic) for publicity’ and it seemingly came once more to her aid when she was improbably cast to play a revised version of Mirette at London’s Savoy Theatre (13 October 1894), followed by the planned revival of The Contrabandista. She didn’t get bad reviews, but neither was she enthused over, and she was soon replaced. Florence St John played Mirette and Rita. Mme Rolla went home.

I spot her in the occasional concert, singing for the Elks, and for women’s clubs, and then out of the blue, in 1907, I see her singing La Forza del Destino in Catania! But not long after she is using that gift for publicity telling the press how ‘I have lost my voice … so I said to Lilian [Nordica] do I teach or go into comedy? And she said, by all means…’ . ‘I am positively the only grand opera star who has ever gone into comedy’. And she went on tour as the duenna in The Girl from Rector’s with Grace La Rue and John E Sullivan.

She also appeared in The Return of Eve (1909) and Molly May (1910), but soon devoted herself, rather, to teaching and to high-socialising. For a while, she relocated to Paris, but the war found her back in America. However, it was in Paris where she was to die, in 1925, after an appendicitis leading to peritonitis.

A strangely off-and-on career … but plenty of it.

Posted by GEROLSTEIN at 8:29 PM