.
My Berlin life has been so full of one wondrous thing and another, that I haven't even diaried my trip to Dresden yet. I don't mean the Operette which, like all good critics, I put down by pen soon after getting home, but the actual getting there.

Mike and Antje gave me an extra little treat -- a quick visit to the delightful town of Meissen, celebrated for its porcelain. We wandered its charming streets and squares and climbed the central hill with its pretty, crowning church, and gazed down at the old city and is houses, clustered around the River Elbe.. 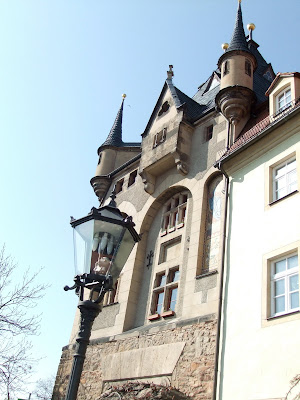 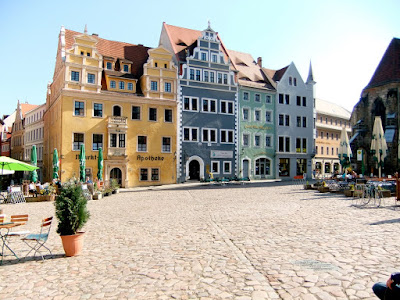 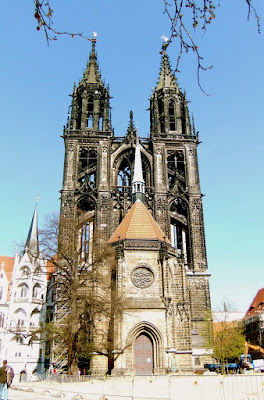 And then, when we arrived at Dresden, a full tour of the central old town. The Frauenkirche, the restored jewel of the city, largely razed by the beastly British bombing of the last war, was closed for a concert. But Antje charmed our way past the doorkeepers, and I was able to peep inside. Good heavens, it is amazing to see a heavily gilded and decorated building of ages past in the brand new state which must have been normal for our ancestors! 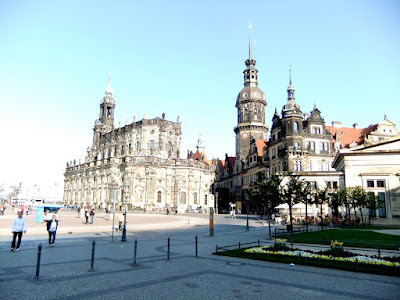 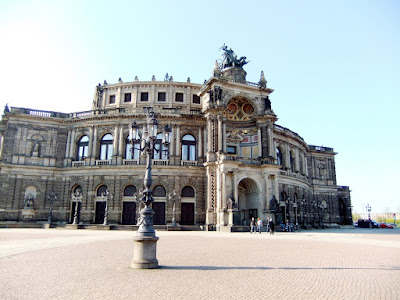 Obviously it was 'no photos' in the Frauenkitche, so instead I snapped the impressive local opera house (its programme looked more interesting than the Berlin ones .. I spied Cenerentola for example..) and the lovely garden square of the Zwinger.. 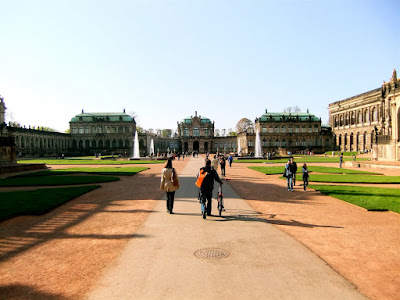 The bombed part of central Dresden has been kind of recreated, but really more with shapes and masses than with the fidelity of the Frauenkirche. New central Dresden is undeniably of this century. The big blot is a flat, toadish building built in the days of the unregretted DDR. Alas, it has reached the stage of being considered 'historic', so it is allowed to squat there uglifying the area .. maybe not for long, giving the building standards of that era. Oh heck, I hope they won't restore IT.

From central Dresden, we headed out to the Pillnitz area and the Stadtoperette. Very oddly, there are no bridges across the river outside central Dresden, so our final stretch of route was by a tiny 6-7 car ferry which reminded me of nothing less than the boats that chug across the Suez Canal..
ah memories!
And then it was time for Herr Strauss...
Posted by GEROLSTEIN at 4:13 AM