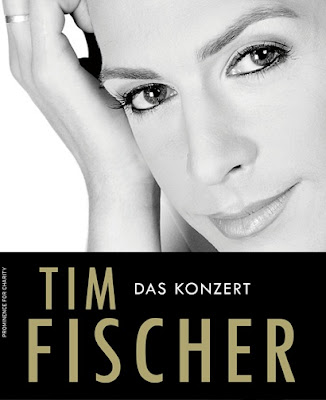 .
I’m back. Back in Europe. Back in Berlin.
The Emirates flight from Sydney was more than a bit of a trial (what insane person set up the steward call-buttons to echo through the whole plane every minute or two during the entire ‘night’, killing any hope of sleep?) – I fear have not found ‘my’ airline after all. Disappointing.
Robert Jordan and The Wheel of Time helped to dull the twenty-nine hours of comfortless, skimpily-fed and barely (whisky-and-) watered travel from Australia to Dubai and to Germany, a nice cold beer and a hot salami-on-ciabatta bun at ‘Italissimo’ in the very well set-up Frankfurt airport revived me amazingly, and a relaxing last Lufthansa leg into Berlin stopped me confirming a determination to a find a ship ... any ship ... for next time round…
And, then, there was dear Kevin, waiting at Tegel to meet me and take me home and feed me, wine me, and all but tuck me into bed … at 7.30pm.

Wednesday dawned white, chilly and fair and ... no jetlag! Just as well, for when I come to Berlin, when I’m around Kevin, I pick up the reins of my European life and turn myself back into the theatre and music critic that I first became in the 1980s. And on night one, I was ‘on duty’.

We were booked to return to Tipi (am Kanzleramt), the larger of the two tented theatre-cabaret venues on the fringes of the Tiergarten, where, on my last visit to Berlin, I experienced my Best Entertainment Night of 2009, to see Das Konzert by Tim Fischer.

It is difficult to walk into another country’s culture and, with no knowledge and little studied background, ‘take on’ an established star. It is very much more difficult when your mastery of the language involved is at best ‘limited’. Especially with an act like Tim Fischer. For Fischer is a chansonnier. A performer of twentieth-century songs. A Kabarettist in the best sense of the word. Where the heart of Montmorensy’s act is in his music, with Tim Fischer it is the song-words and his delivery of them which are supremely all-important…

Das Konzert -- a sort of a ‘best of’ selection from Fischer’s earlier shows -- is performed by five people: Fischer, radiant in black then white, at the centre of affairs, supported by two pianists, and two ‘guests’: the elderly composer (Gerhard Woyda) of two of his songs, and a warmly handsome baritone-ish vocalist (Ralph Samir, unbilled, but evidently ‘known’) who joined him in one love duet. For yes, much of Fischer’s performance is on the gay plane, and he wears a persona to match. Was this going to be the Geschwister Pfister and its Ursli again? As the concert began, I thought (in spite of the fact that Fischer was neatly male-garbed) that it might, but no. There are some very superficial similarities, but, to start with and all importantly, the material here is different. Fischer sings – in a plain, focussed, almost unmusical light baritone, unmarred by vibrato, catapulting his text from behind his teeth with incisive vigour—pieces, ‘male’ and ‘female’, ranging from the years between the wars (Friedrich Holländer, Theo Mackeben) through the sixties, to adaptations of modern, international numbers and to pieces written especially for him. Yes, he does include a couple of numbers made famous by Zarah Leander – who is to a German gay performer what Judy Garland is to an anglophone one, and in whose material he made himself famous as a teenager – but these do not in any way dominate the programme in a way I had thought, given his history, they might. And, thank goodness, he doesn’t frock up. He doesn’t need to. For Fischer is a clever man, a very clever man, and he has no need of a feather boa and stilettos to make his points and effects.

*postscript: my German let me down here. The song starts endearingly and then turns into something quite the opposite. So our hero, wearing his most angelic face, ended up singing lyrics which were anything but angelic. Which was the point of the song. Which I, alas, missed.
Posted by GEROLSTEIN at 2:29 AM

An entire world of which I know naught but was chuffed to see you comment on Serge Lama's "Je suis malade" into which Lara Fabien so thoroughly poured herself. It's a deceptive torch song. It seems so easy and yet requires every bit of one's self be decanted. Even Serge never really did his son justice. XXXX! Allister