Willie John: 'famous' for a little while ...

I couldn't pass up this German photo. A chappie dressed to play the memorable leading role ('The Hunter') in the hugely popular Conradin Kreuzer opera Das Nachtlager in Granada (1834). And better still, a production at Trier ... 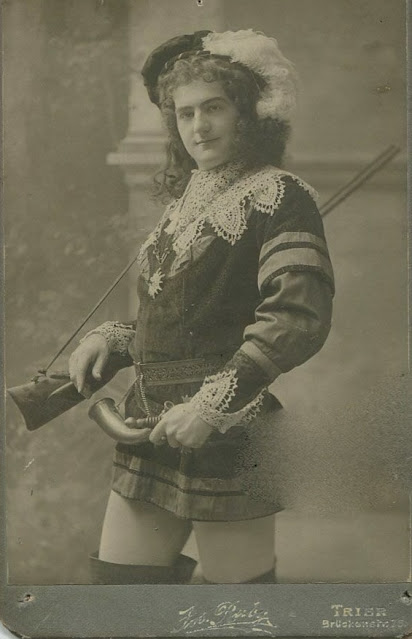 But what intrigued me was his name: 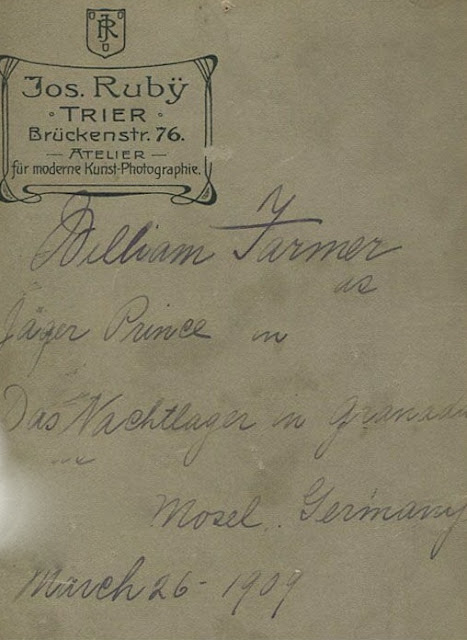 An American, I guessed. And I was right. 23 year-old Willie John Farmer, from Keokuk, Iowa. But it wasn't that simple, for Willie John had a few names during his lifetime ...

He was born in Keokuk on 2 June 1886 (or 1885, he filled in official documents with both dates, but he's not in the 1885 census) as William John MERKEL, son of John C Merkel from Mississippi, a machinist, and his wife Ruinda Hestelia BOUGE (?). Father John died at 26, 27 April 1889, when Willie was still an infant, and Ruinda married Thomas FARMER, a local restaurateur, the following year (3 August 1890). Her son grew up as Willie Farmer. 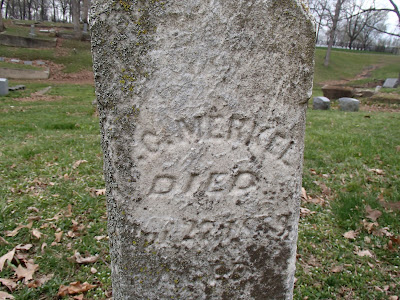 He came early to music, evidently, for I see him in 1906 mentioned as a member of Hans Conreid's Metropolitan Opera Company. A minor member I would guess. In 1908 he set out for Germany where he, allegedly, 'made his debut' at the Berlin Opera House. I can't find that, but here he is in 1909 playing a leading role in opera at Trier.

The experiment didn't last too long, and his was soon back in Keokuk ('professor of music') with his parents, singing in the occasional concert 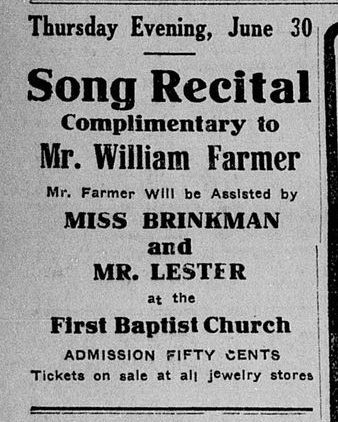 However, in a few years he had forgotten his operatic ambitions, and turned his sights towards the musical theatre. And with some success. In 1913-15 he appeared on Broadway and the touring circuits in Der liebe Augustin, the Mizzi Hájos shows Her Little Highness (King of Bosnia) and Sári (Count Estragon), and with Hazel Dawn in Adele (Charles de Chantilly) and The Debutante (Philip Frazer) but not as Willie John Farmer. He had now become 'Wilmuth Merkyl' ... 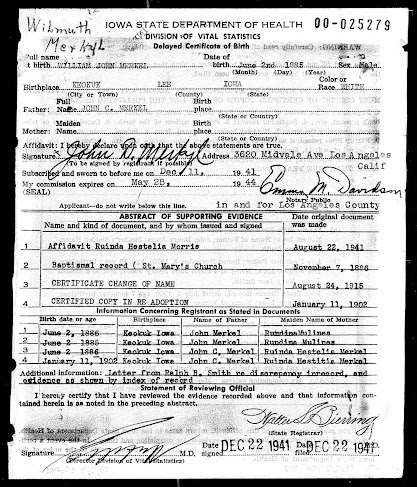 Hazel Dawn was headed for filmland ... and, allegedly talent-spotted by director Harry Macrae Webster, Wilmuth took the same route. In 1915 he was featured with Betty Nansen in what had been Jose Echegaray's A Celebrated Scandal, in Gretna Green with Marguerite Clark, in Niobe with Miss Dawn, in The Price with Helen Ware, in Wife for Wife and in The Victory of Virtue with Gerda Holmes ... 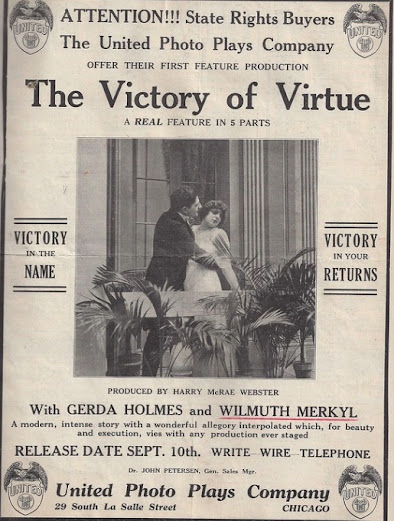 as the filmland publicists did their utmost to work him up to stardom with puff paragraphs and a rather slicker image than had had Willie John Farmer ... and 'look our girls, he is a bachelor!'  Well, of course he was: and thus would remain. 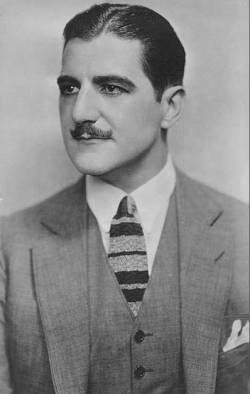 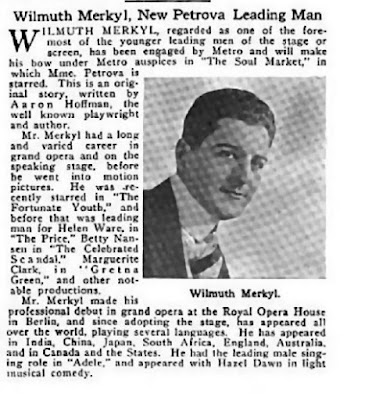 In 1916 he was featured in the Ocean Film Company's The Fortunate Youth, in Blazing Love with Virginia Pearson, in Her Surrender and opposite Petrova in The Soul Market. The puff didn't entirely come off, however. The New York Tribune commented sourly 'perhaps Merkyl was induced to go into the silent drama by someone who had heard him sing'.
In 1918 he returned to the screen as Count Vladimir Androvitch to the Fedora of Pauline Frederick, alongside Billie Burke in a version of Divorçons (Let's Get a Divorce), in A Man's World, Suspicion, The Burden of Truth but, by the time the 'twenties arrived, his time in the sun was done. In the 1920 census he no longer describes himself as 'film actor' but as 'professional singer'. And he is living in New York. He had returned once more (now as John Merkyl) to the theatre, and I spot him playing Mortimer Bayne in the George Gershwin musical Our Nell (1922). However, by the mid-1920s he was back in filmland, now no longer a billable leading man, but playing waiters, escorts and walk-on bits in the latest type of films ...
Mother and her third husband, William Morris, moved out west too, and the three of them made their home together is Los Angeles. Willie John was now calling himself 'John David Merkyl'.  Ruinda died 3 September 1950. Willie on 1 May 1954.

I don't know when, how and if he appeared in those countries mentioned in his soi-disant biography. In the gap 1911-13 perhaps ... I shall keep my eyes open, without a whole lot of hope. As for his 'long career in grand opera' .. well ....