Fun photos on the shop-shelves this morning. From out-of-the-way (to me) places.

This one first. Four jolly lads from all corners of the world ...  dated 1930 ... names (once deciphered) are a real mixture ... so it has to be that European melting-pot known as the United States of America. But where? Is the Litchfield Ice Cream sigh a clue .. no. 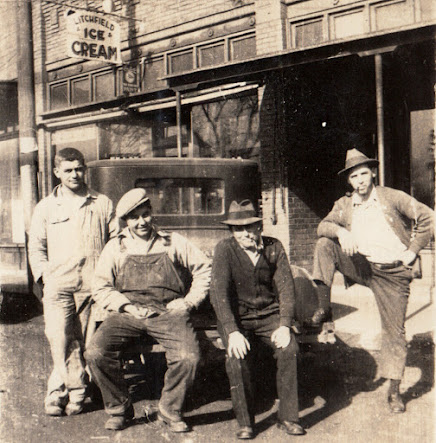 Well, I can now tell you that this photo was taken in Hillsboro Township, Montgomery, Illinois. A township largely dependent on coalmining. 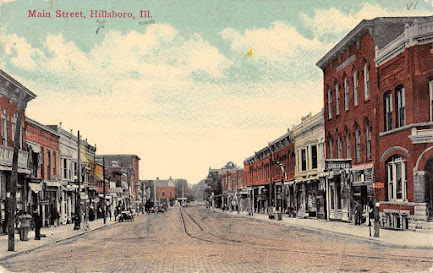 The other eye-catcher was this set of three posted from Estonia, no identifaction, no date ... just the name, so I'm told, of the person to whom they were sent" "to defender N D Litvinov". Defender? Defending what and against whom? But then Russia during the early 20th century was usually attacking something or somebody. So that's not much help. 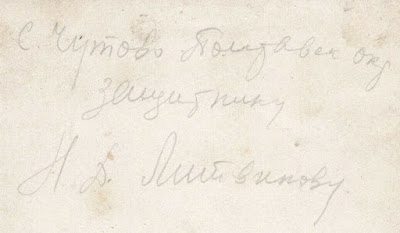 Anyway, here they are. 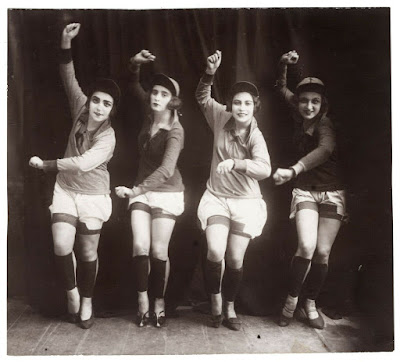 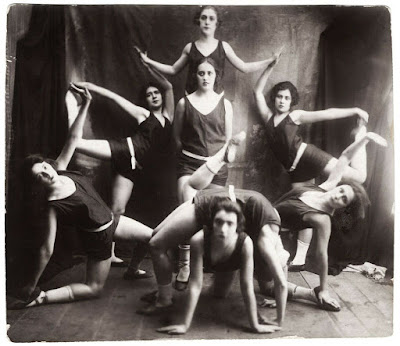 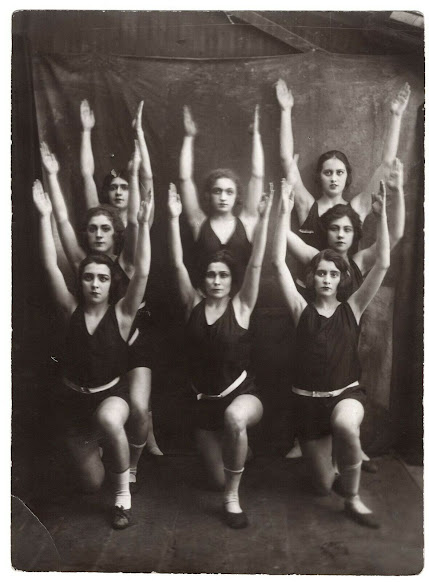 (2) and (3) might just be a school gymanstics team. Teacher, middle front? But (1) more or less gives the impression that the ladies are trying to entertain. The jockey dance? Oh dear, and one of them dared to smile ..  Siberia for you, ducky!
The ebay vendor labels them 1920s. But he also labels them 'sexy nightclub dancers, pin-up style'. I wonder if he/she has more information than he/she is giving us.

I'm a pretty good decipherer, but that is way beyond me ... and as for 'sexy' .. well, each to his own!
Decipherment (1): The first line: Village Tschutovo in the County Poltava
2nd line: For the Defender
Third line: Litvinof (Aparently a family name)
Posted by GEROLSTEIN at 7:08 PM