I was brought up in the then little village of Richmond, near Nelson. The towns of Collingwood, Motueka, Takaka et al were familiar to me in my early teenage years ... so when I saw these photos on ebay today, I had to investigate ... 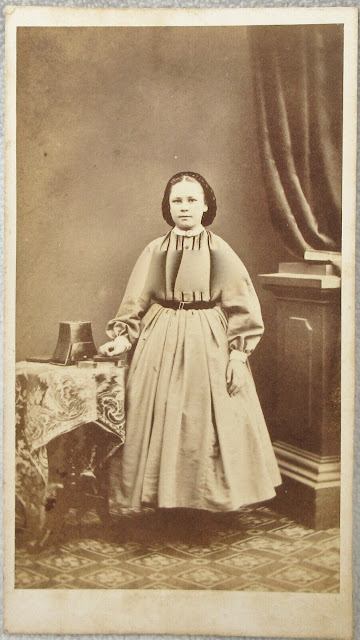 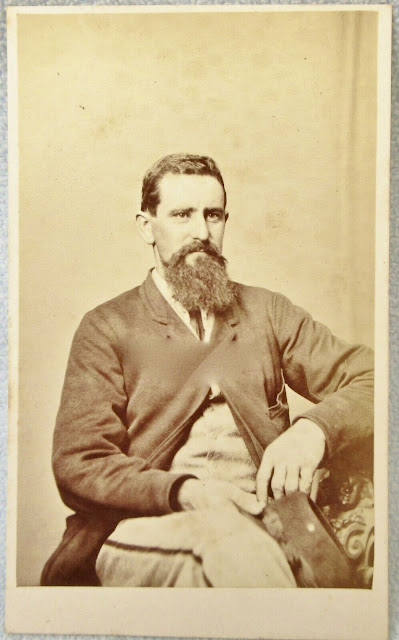 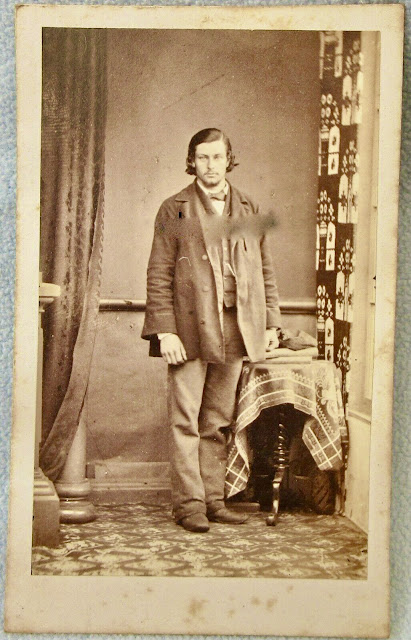 The photos have been inscribed clearly on the back. These three folk are siblings. The elder children of an English immigrant from goldrush days.

Their father was, by name, one Montague Arden ELLIS (1820-1896), a merchant's clerk from London, their mother Sophia Louise née HILL. The young couple had been married on Christmas day 1840, and can be seen in the 1841 census living in Trafalgar Place, Hackney.  Around about 1850, following the rush for gold to the Pacific colonies, the Ellises, with their three sons -- Charles, Francis Henry and Montague set sail for New Zealand, and settled in the province of Nelson, where they added four daughters to the family.

In 1856, papa -- designated as a van proprietor -- comes into view, living at Richmond, and a bankrupt: 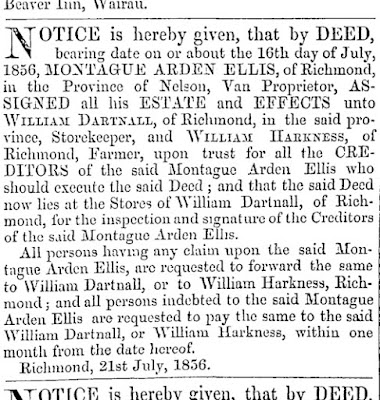 The next sign of the family is our photos, taken in Nelson (city or province?). Twelve year-old Janet and Charles 'aged 21 years and 9 months'. The early 1860s.

The next news was not so good. In 1868, now based at Collingwood, they lost daughter Emma Florence, at the age of fourteen. And the following year, it was  Charles, married (Grace Emily daughter of Winfield Higgin, goldfields surveyor, of Waimea West) and with a child, who died at 28 'after a long and painful illness'. 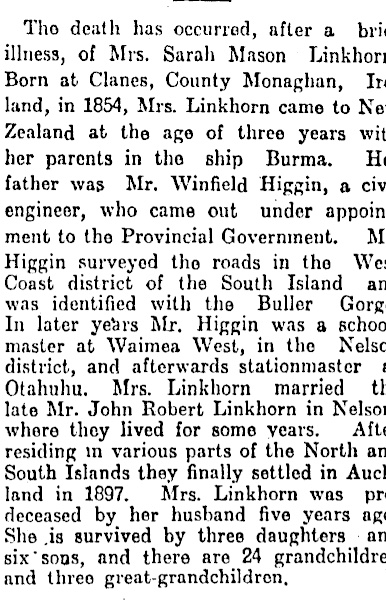 But Montague junior was seemingly doing all right. I didn't realise the pole vault went back so far!

Brother Francis went off to run a winery at Motupipi and Waiwera, married, bred fluently and lived to 1917.

Little sister Ada married Mr Robert Henry Garlick and ended her days in 1929 in 'New Zealand's second most boring town', the inexplicably spelled Feilding. Sister Minnie outlived them all and died in Gisborne in 1937. Which leaves us with our two photos above:

This looks like the chap. Died 1912? Father had died in 1900. Father apparently went digging for minerals in the Aniseed Valley (an old haunt of mine!) and had a mine named after him in Collingwood.

Then there is Montague Mardoc (not Murdoch or Murdoc!). I think his photo was taken a little later then the others!  Montague -- in spite of his grandiose appelation -- became a shopkeeper and then a publican:  the Golden Fleece at Nelson's Nile Street/Rutherford Street corner (1885), the Post Office Hotel at Tasman Street, Collingwood (1887). 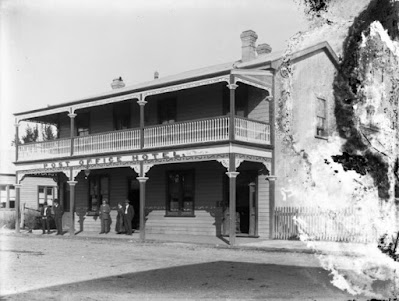 and fathered two sons who, after his death emigrated to Australia and after their mother's remarriage took the name of Ellis-Henderson.

A chronic asthma sufferer, he died in 1903 of its complications.

The last version of the Post Office Hotel survived until 1967 when it was burned to the ground ... 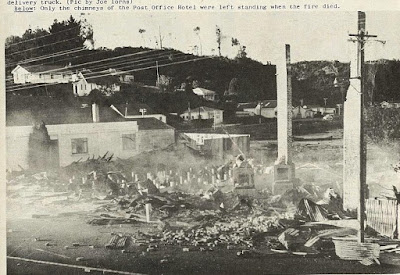 These photos truly belong in Collingwood Museum. But I see folk are bidding for them already.

And what the ... !!!!!  I contacted the present-day Ellis family about these pictures. I see that Janet went for $156 and Charles for $40, while Montague Mardoc has vanished. But Richard Ellis came back with an amazing piece of news ... 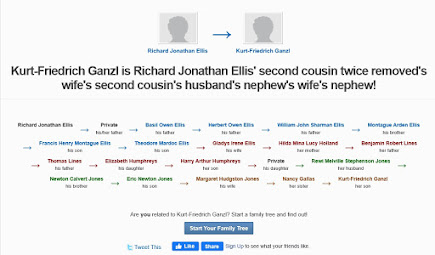 I am a distant connection of these folk through my uncle Eric ...!
Post scriptum: I had to follow up! See
https://kurtofgerolstein.blogspot.com/2021/05/the-world-of-waimea-or-ganzl-to-ellis.html

A great piece of work, Kurt, and thank you! It fills in a lot of gaps in my knowledge. Montague Arden was my one of great-great-grandfather William John Sharman Ellis's younger brothers. Another brother, Henry James Ellis(1822-56), emigrated to Australia in 1852. He died in 1856 leaving a young family who were taken in by a kind family and survived and prospered. Yet another brother, John Chapelle Ellis, went to Calcutta...a restless lot. Three generations later, another wave of Ellises went to Australia, many cousins there today.... The furthest back we've managed to trace the Ellises is to Reuben, a Welsh seafarer who lived in Deptford, on the Thames, and who married Harriet Shrigley in 1785. William (above) is the son of Reuben Ellis's second son John William Ellis (1789-1851, a Londoner who is buried in Nunhead Cemetery, Southwark. William lived mainly in Yorkshire and Lancashire, and managed a chemical factory.

francis henry montague ellis was my g/g grandfather..his eldest son was edmund lewis [louie] ellis ..my g. grandfather. he married annie stent who had my grand father ..charlie [he went to ww1 1918] and must have met gertrude annie stroud who came to new zealand in 1922 and they married. i never met charlie as he died before i was born. they had a daughter who married edward percival jenkins during the war while home on sickness leave. my mum was janet olive ellis. i am nigel bevan jenkins..now aged 74 in 2021.

francis henry montague ellis was my g/g grandfather..his eldest son was edmund lewis [louie] ellis ..my g. grandfather. he married annie stent who had my grand father ..charlie [he went to ww1 1918] and must have met gertrude annie stroud who came to new zealand in 1922 and they married. i never met charlie as he died before i was born. they had a daughter who married edward percival jenkins during the war while home on sickness leave. my mum was janet olive ellis. i am nigel bevan jenkins..now aged 74 in 2021. and live in richmond, nelson nz