I should be finished in the 19th century for today. But the races have been called off for cause of flooding, it's starting to rain here and this lady fell into my net. Striking, eh? So .. why not ... Ann Bennett? 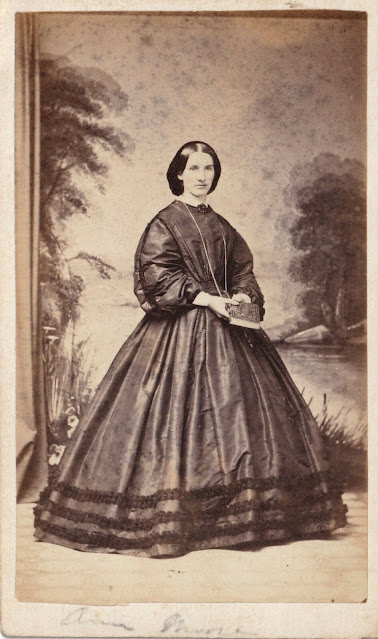 I notice that, though, that on the front she's labelled Ann Moore. On the back, Ann .. oh stuff and nonsense, I know a B from a K! Ann KENNETT.

Actually, she wasn't born under either name. Her birthname was Ann Whitmore, and she was born at Souldern Lock, Oxfordshire, the daughter of John Whitmore (d 27 November 1894), a brickmaker, and his wife, Elizabeth née Quarterma[i]n. I see that John signed his 1823 marriage entry with an illiterate cross. 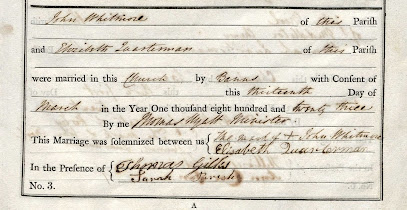 They moved their family to Hillmorton in Warwickshire, where father made more bricks, but by the 1851 census only 11 year-old Thomas is with them. Ann was already, it seems, out in the world. And, in the world. she encountered farmer, John Moore (111 1/2 acres employing 3 men), whom she wed in 1856. They lived at Castle Farm in Westwell, Kent ('the property of the Earl of Winchelsea') until John died, early in 1865, at the age of just 34.
In 1868, Ann remarried, a farmer a decade older than she, Thomas Kennett (18 November 1868) They kept up Castle Farm, where I see them in 1871 (115 acres, 3 men and two boys) with Ann's parents. In 1870, they were the victims of an arson attack which made the news when Lord Montcharles and his private fire engine turned up, the noble Lord all decked in his colurful fire-chief's get out. The buildings were saved, but the wheat stooks were destroyed. 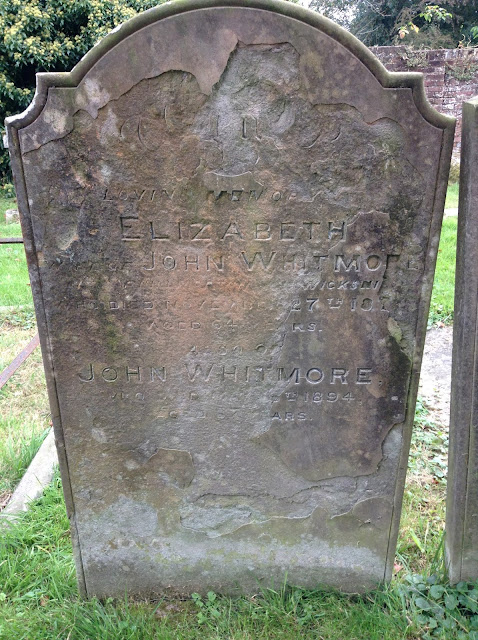 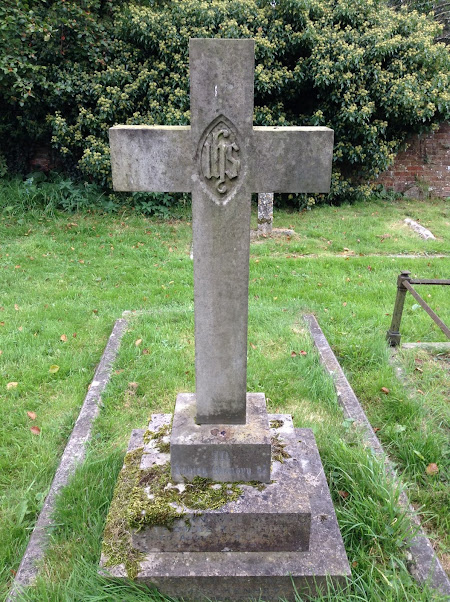 Thomas brought in a niece to housekeep for him and father John until John died in 1894. Thomas retired from farming in the 1890s, and in 1900 he and niece Laura Fairfax are living in Station Rd, Charing.  Thomas died 15 March 1903.
So my striking lady was .. a brickmaker's daughter, and twice a farmer's wife. Well, I have known a few decidedly handsome farmer's wives in my life ...

Posted by GEROLSTEIN at 7:43 PM