When I go for a quick dip into ebay, I end up so often with hours of subsequent nosing into history. Today could have been even longer, had not the photo I chose been of a fourteen year-old lassie who turned out to belong to a decidedly ancient, wealthy, historical family. Which means, of course, that its been documented in those gazettes devoted to royalty, the peerage, aristocrats and whomsoever they breathed upon. 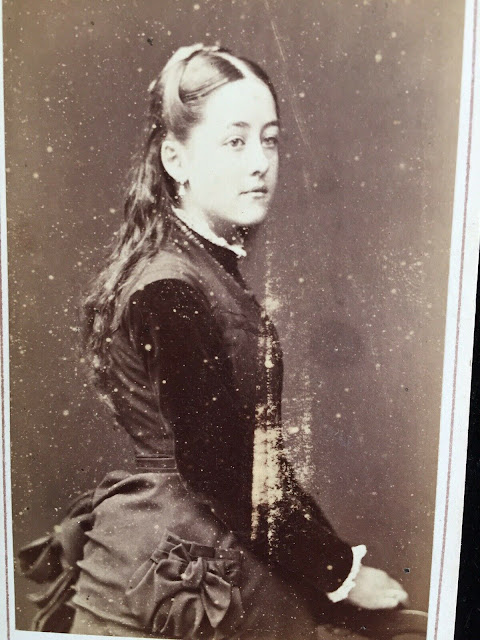 Well, she had nothing to do with Brighton, I soon discovered. 1871 census, there she is with father, George Henry, his mother Lady Louisa Finch (oyoy!), father's siblings Louisa, Charlotte and Henry, and his other children, Alan George and Gwendoline Harriet. But no mother. Father is an MP and they have ... what? Fifteen servants, plus gardeners ... 'Burley House' must have been some establishment!

Of course, as I was quickly to find out, it indeed was.

But first, a little stroll through herbiefatcat's other stock. And yes, there are Sybil aged 3 and Pearl aged 2! 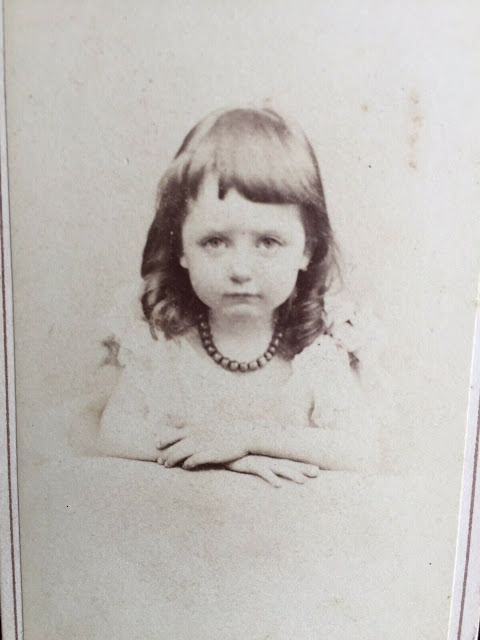 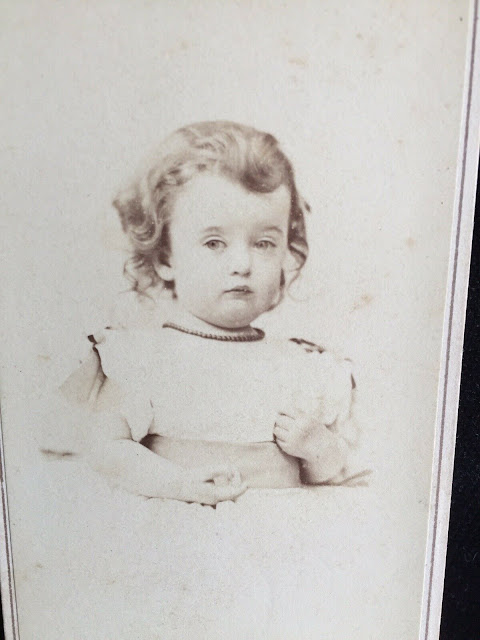 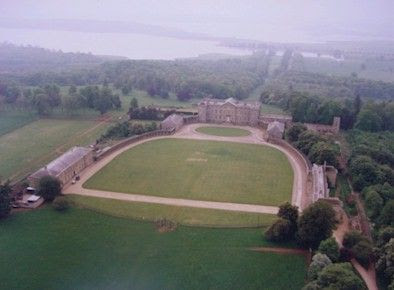 I am not going to eternise on the Finches of Burley-on-the-Hill and Burley House of Hall or, as was dubbed, Palace. It has been done umpteen times. Not least by Pearl Finch. 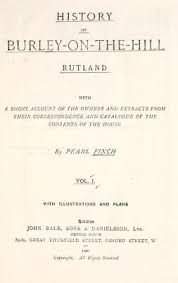 Suffice it that the huge complex (four wings, four stories: 'the place is so immense that a small army of soldiers could be billeted within its walls and a whole squadron of cavalry accommodates in the stables') had been (re)built by ancestor Finch in the seveneenth century and handed down through his descendants -- Earl of Nottingham, Earl of Winchilsea -- to George Henry 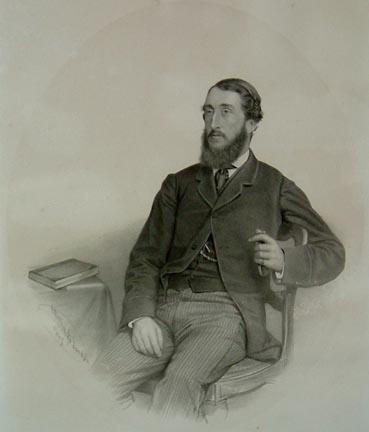 George Henry, of course, married another member of the landowning classes, Miss Emily Eglantine Balfour, daughter of Mr John and Lady Balfour of Balbirnie (6 February 1861), and they had two daughters and a son, before her death at the age of 24. Magdalena was the first, then Alan George, then Gwendoline Harriet.
In 1867, George went into parliament as  the Member for Rutland. Thirty-five years later, still sitting, he was named a Privy Councillor, and soon after became the longest serving minister, the 'Father of the Commons'.
In 1871 he remarried: Miss Edith Montgomery, daughter of Mr Alfred Montgomey, Commissioner of Inland Revenue. Seven more children were born, and the first of these were Sybil and Pearl.  The next were Essex (female) and Somerset Alfred George, followed by two more daughters, Jasmine Cecilia and Verona Cecil.
But back to our photographs. There is a fourth one taken on that Brighton excursion. It's not labelled but I think it is repeat Sybil. That fringe? 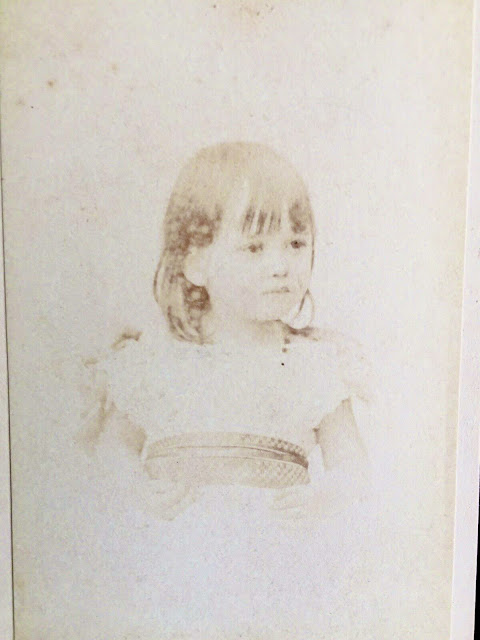 Magdalena did not marry. Alan voyaged to Africa and stayed single also, shooting things and occasionally people. Gwendoline did marry ... and the two babes above ...?  Pearl, too, remained single, but Sybil did not .. 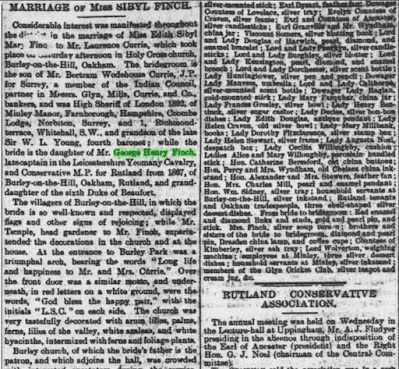 Her bridegroom was Laurence Currie, a very wealthy banker of the firm Glyn Mills, nephew to Sir Phillip Currie, director of the Great Western Railways &c &c. They had three children, the eldest of whom, Edith Catherine, married (and soon divorced) the son of Lord Rollo of Keltie Castle, who had been best man at her parents wedding ...
Oh, at George's death Burley passed to the absent Alan. Alan suffered from ill health (which didn't stop him shooting things) and when he died, it passed to younger half-brother Wilfred Henry Montgomery Finch, civil engineer and Sherrif of Nottinghamshire/Rutland. And unmarried. Wilfred died in December 1939. He named as executor of his tidy estate his nephews, the sons of Sybil and of Verona. Unfortunately, the laws of succession don't leave room for intelligent preference: Burley went to the son of Gwendoline, who promptly sold it ... the era of the Finches at Burley (1690-1939) was over.
And there I am going to leave the little girls and go make some lunch ... the sun is on my terrace, and looks inviting ...
Posted by GEROLSTEIN at 8:19 PM