Surprisingly chilly at dawn this morn. The Aussies are wearing their woolly hats and padded jackets. Even the dogs have their coats on. And the internet had decided to have one of its not infrequent sulks. So I decided to the a major load or five of washing .. hear it? 10am and it is still churning (load 4) ...

Anyway, it was not the time to start an on-line Project. So in the bits of time than I, rather than the washing, was on-line I just fooled about on ebay. No nice theatrical goodies, ebay mindlessly promotes the same old unsold (usually common, ill-labelled or  overpriced) items the the top of its 'newly listed's and when I see a familiar picture, I just switch to a different search. There's always something to be found somewhere.

I lit on this photo. Partly because the folk looked nice and rural, and partly because they had been carefully labelled. Well after the event, but labelled. Colin Nicol Campbell? Isabella née McEachern? There's no photographer's imprint, but Scottish ....? Well, yes, originally, but Mr Campbell lies in Patea Cemetery, Taranaki, New Zealand ... so I put him aside until the www was wwworking once more. And, now, here we go. 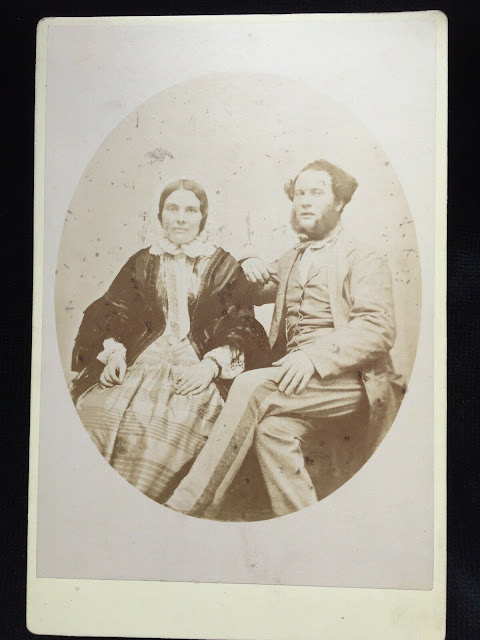 First clue: married in Tasmania 21 November 1842. Goodness, what was he doing there? A convict? In those trousers? 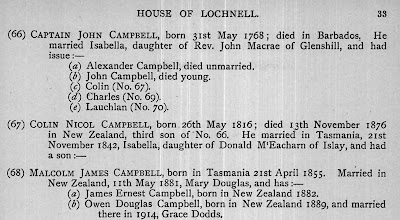 But no place of birth. But I discover it was indeed Scotland. Kilmoronaig, Muckairn, Argyll says on source, Skye says another. I discover all that on a family tree posted by Mr/Ms W Stableford, which will save me a lot of searching. But first, the story of our couple. And I really can't do better and print the obituary that appeared in Patea and in Tasmania at his death 13 November 1876. 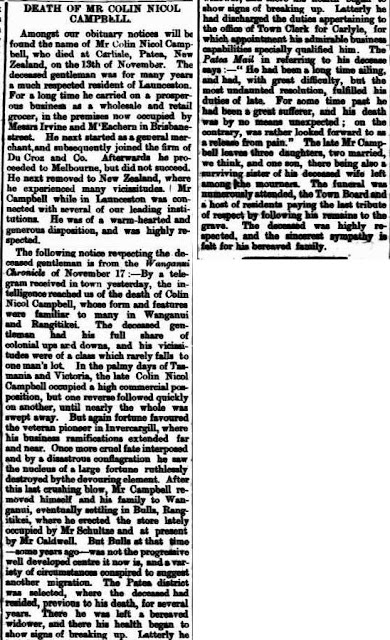 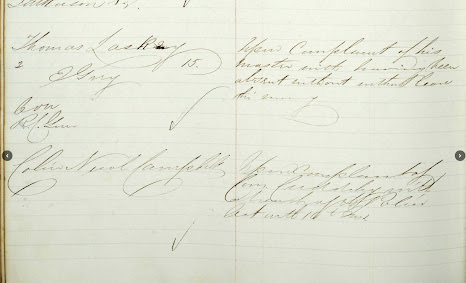 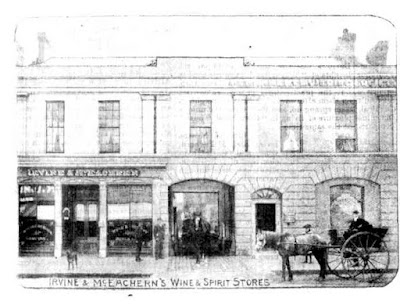 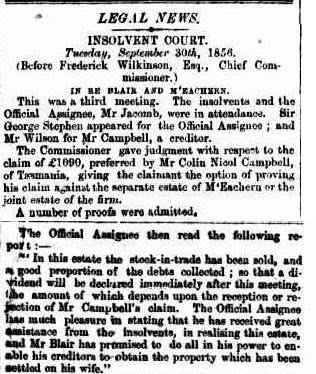 What's up with the wife's family? This must be Archibald McEachern .. oh, I see, 'when Mr Colin Nicol Campbell retired from the long-established business of wine and spirit merchant and wholesale and family grocer, McEachern brothers, cousins of Mr R W McEachern, suceeded'. 'Mr R W McEachern was a son of Captain R McEachern who in 1854 was in command of the Roman Emperor trading between London, Madras and Demarara..'

In fact, family matters of another kind had been having a rough time. In the fourteen years since their marriage, Isabella had borne eight children. Three had died as babies, two more would be lost in 1858, before their teens .. but by then the family had quit Tasmania and were at Geelong on the mainland.

By the time they quit Australia, to try their luck in Invercargill, two more children had been added, of which one survived. Colin and Isabella and the four children left to them departed Melbourne in 1861. From Invercargill, they progressed to the North Island -- Bulls, Rangitikei, Patea (where Isabella died in 1873), and Carlyle -- where Colin ended his days. Groceries were a thing of the past, he was, at his death, the Town Clerk.

The descendants of the family must still be around in New Zealand and Australia. Three of the children married 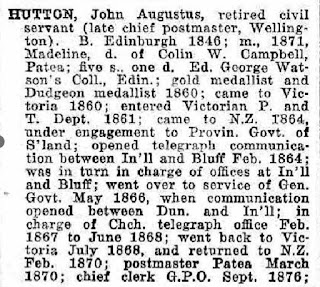 and Malcolm James married Mary Douglas, and had two daughters and two sons. He is buried in Hawera, with his wife, unmarried sister Jamesina, and mother's sister Elizabeth McNeil McEachern. 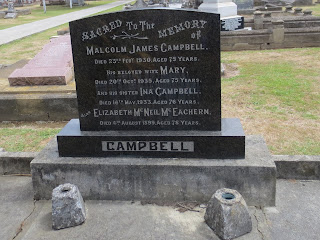 PS I now find Isabella's McEachern tree ... goodness, fourteen siblings! ... and, yes, Archibald who went to Australia ... but that's a whole other story! And it has a photo of sister Elizabeth .. emigrated 1846 ... so, after Isabella .. 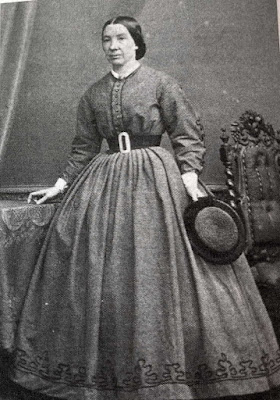 and these pictures of Colin and Isabella ... 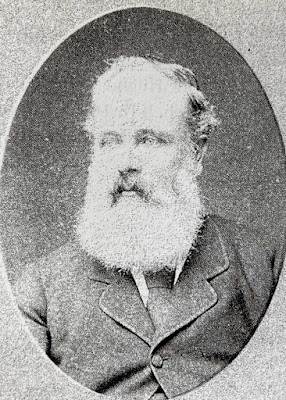 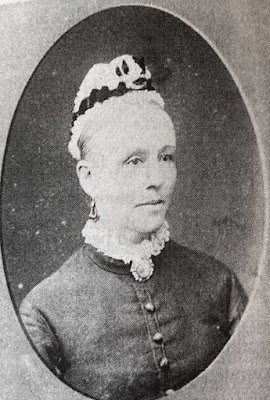