A Wandering Minstrel and Pubkeeper

In my 'Morning Review' of the on-line shops, I always check for any New Zealand items. This morning, I came upon these .. 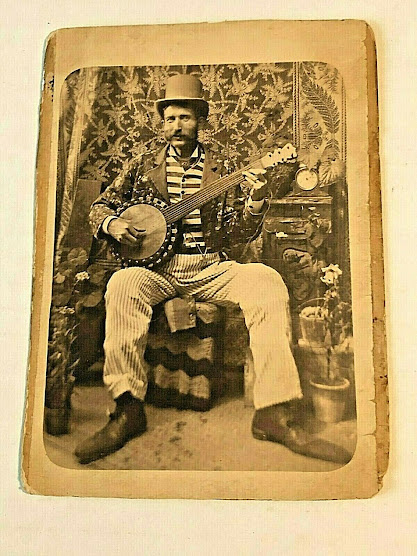 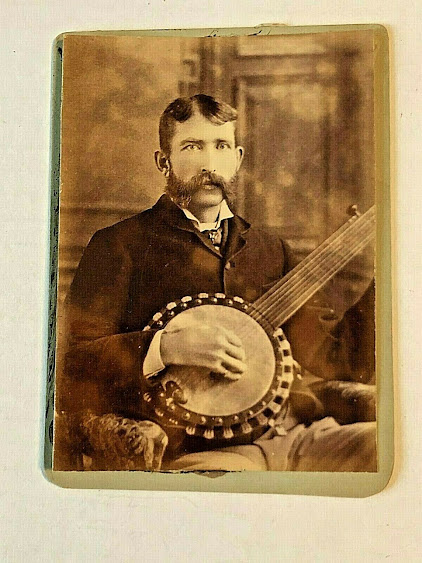 It's pretty clear that he is not a professional musician or minstrel: the banjo bit is a hobby ...

Anyway, I searched a bit and I found this from 7 September 1887: 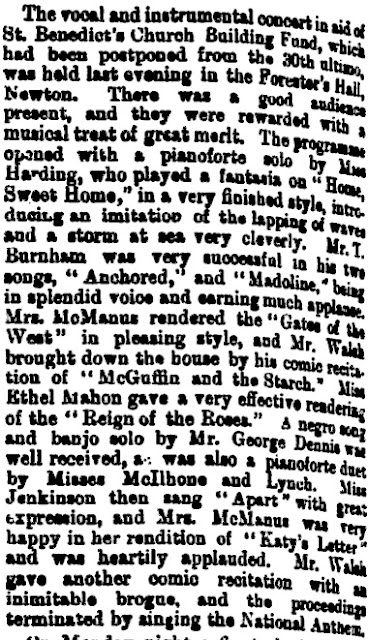 Here is the Foresters Hall 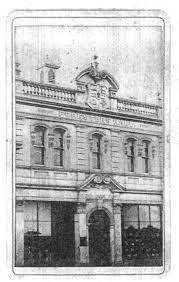 So we have him in Auckland in 1887. But who is he, apart from an amateur banjo boy? Well, there ar'n't that many George Dennises. And the one I've lighted upon is a pubkeeper. Mr George Young Dennis. Consecutively licensee, it seems, of the Commercial Hotel, Shortland Street; Kidd's Commercial Hotel; Queens Head Hotel Queen Street (1885); providore to the Waikato Steamship company; the Royal Hotel, Masterton (1894); the Te Aro Hotel in Wellington; the Waverley Hotel, Newtown; the Park Hotel, Newtown; the Clarendon Hotel, Waverley; Barrett's Hotel, Lambton Quay; the Railway Hotel, Johnsonville  ..  We have him married in 1896, and dead 3 May1904 ...  but no sign of his being "of Sydney". And no further instances of his banjo-playing. Maybe I'm wrong .. but I think we can say for sure that that is he in Auckland in 1887 ..
Posted by GEROLSTEIN at 4:05 PM