This morning I spotted a small heap of early nineteenth-century music on line ... this one in particular caught my eye ... 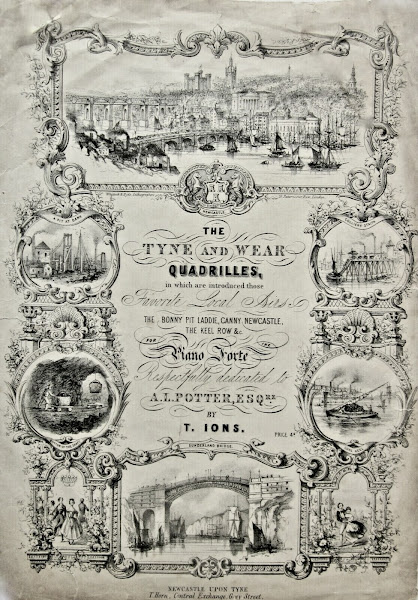 So wholly ... provincial. Eight different decorative typefaces on one page. But what fun! And what an historical document ... so who were these folk? 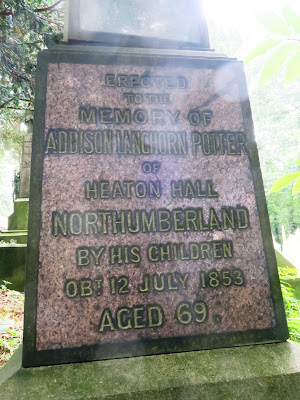 Thomas Ions (1817-1858) was a prominent local organist, originally from Gateshead, the son of one James Ions and his wife Sarah. He started a musical career in Gateshead, as organist of St Thomas's Church, progressed to St Nicholas of Newcastle, and in that city established himself as a concert conductor and organist. He played or conducted evenings including some of the biggest metropolitan singing stars of the time, Charlotte Dolby, Henry Phillips, Susan Sunderland et al, and some of the great instrumentaloists -- Wagstaff, Loder, Lindley.  In 1848 he graduated BMus from Magdalen, Oxford and in 1854 he secured a Doctorate.  In between times he was named conductor of the local Sacred Harmonic and Choral Society.

He published various pieces of music with the local firm of Horn, including these in 1846 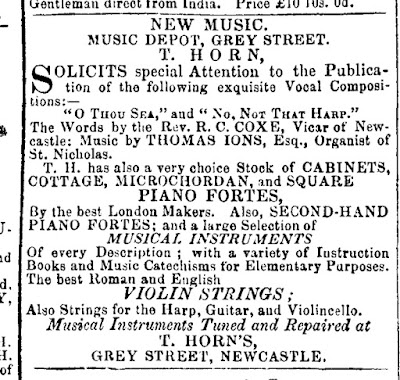 and our Quadrilles the following year. 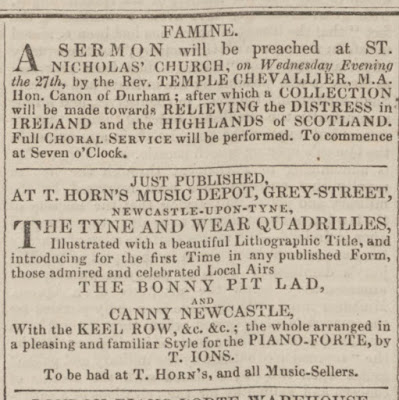 I see that the Quadrilles were still be advertised by Horn 5 years after their publication, so I guess they must have sold a few copies ...

Posted by GEROLSTEIN at 8:32 PM