I found the sheet music to "The Lost Chord" on e-bay this morning. We all know "The Lost Chord". One of the most famous ballads of the Victorian Era. "It may be that death's bright angel .." while whacking out a stentorian imitation of "Erlkönig" on the keyboard. Glorious stuff. Words in the soulfilled style of the Victorian era by Adelaide Anne Proctor, set rousingly by Arthur Sullivan, first sung at the Boosey Ballad concerts 31 January 1877 ... fourteen years after the poet's death ...

So what did I think when this item turned up .... 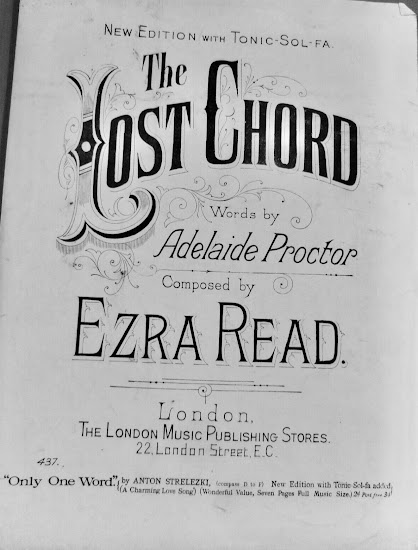 The why is easy. Mr Read (who claimed at the age of 33 to have published 900 piano, mandoline and vocal composttions and arrangements) was one of those writers who grabbed every topic and theme of the day to put on the cover of his easy-to-play music. Example .. 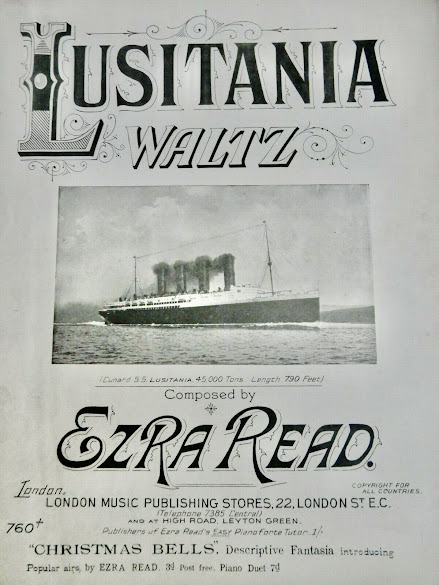 And the London Music Publishing Stores, whoever they may have been, poured forth his music on to the public through the 1890s and 1910s ...

Ezra Read was born in Willenhall, Staffs 14 February 1862 , one of the sons of James Read, a gun-sight filer, and his wife Mary. The other sons seem to have followed father into filing, but Ezra became a coachsmith in Wednesbury. But some time in the 1880s he got into performing, and left Staffordshire for the south coast. I suspect he is the Mr E Read giving 'Darkie's Holiday' with the 'Cinq Port Minstrels' in 1887-8. I know he was the Ezra Read who married in Bristol in 1886. And the two things are connected. He ('of Wednesbury') married (30 October 1886) a lass named Beatrice Ida Bertha Hampden, from Melksham, Wilts, who was really the female equivalent of himself. As well as being 'grand-daughter of the late Rear Admiral Cumberland'. Beatrice (calling herself 'Ida Hampden') was a mass producer of ditties and arrangements, she played piano and 'organ' ('own organ').. was it she who got him performing and writing?Ah, no. There he is in earlier 1886 already, playing the Britannia Music Hall, Coventry.

Anyway, they went off to the south coast where they apparently picked up small music-hall engagements, and turned out the first of those hundreds of ditties. The first I spot is called 'The Don't Tease Schottische' (1889) which got published by Joseph Williams, then the 'Winged Hours' Schottische. The flood had begun.

In the 1891 census the couple are in Portsmouth, staying in the Albert Tavern, Warblington St. The Tavern had a 'Concert Room' 'a small music hall', and the landlord, Henry Charles Hughes, is listed as 'music-hall proprietor' and most of the guests are music-hall performers. The week's bill? The Albert was described in the licensing court as 'a low class [tavern] and frequented by soldiers, sailors and loose woman ... prostitutes in the ballroom ... immoral purposes'. Oh dear. Ida, what would the Rear Admiral have said? And Ezra is advertising that he will send free songs to those who send him a stamped addressed envelope c/o the Casino.
After a while, they moved out of 'the Casino' and he is next seen advertising from 'Fernleigh', Inglis Rd Southsea: pianoforte, harmony and composition. Parties attended. Class tuition. Moderate terms'. 'Music hall preferred'. I don't see them working, but the easy-to-play, cheap-price, parlour-piano music continues to roll.
They eventually left the coast and returned north. In 1899 they are advertising from 72 Rigby St, St Helens. They finally settled in Shirebrook, Derbyshire, where Ida died in 1912 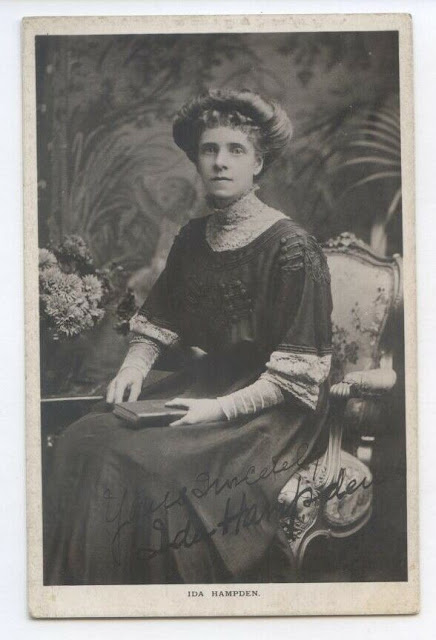 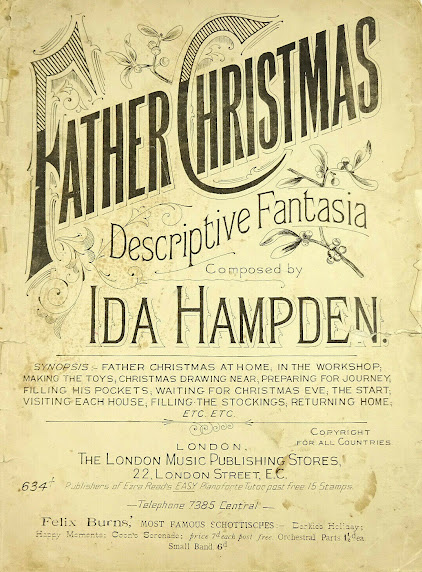 Ezra carried on, turning out occasional pieces for the nursery, the schoolroom, pianistic beginners etcetera, occasionally with a pictorial cover .. 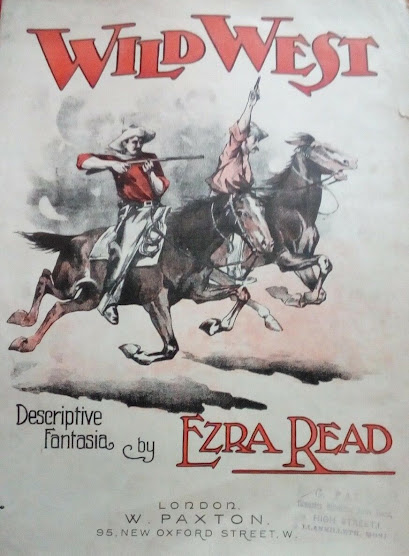 So, why did he re-set Miss Proctor's poetry? Well, it seems he wasn't shy of anything. Here he had a go at Mrs Hemans's 'The Better Land', famously set by Frederic Cowan 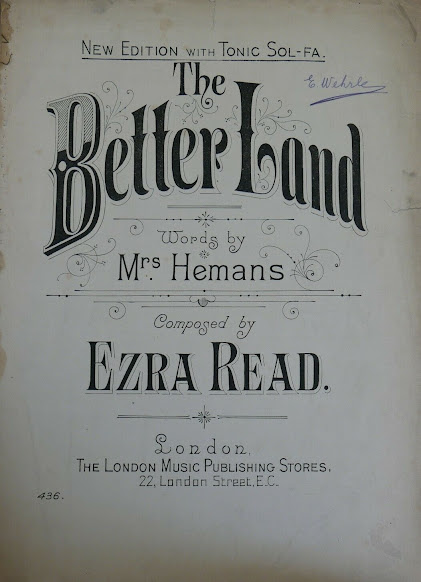 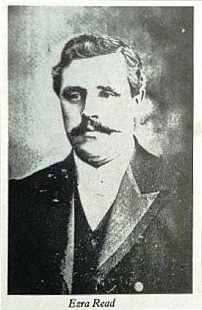 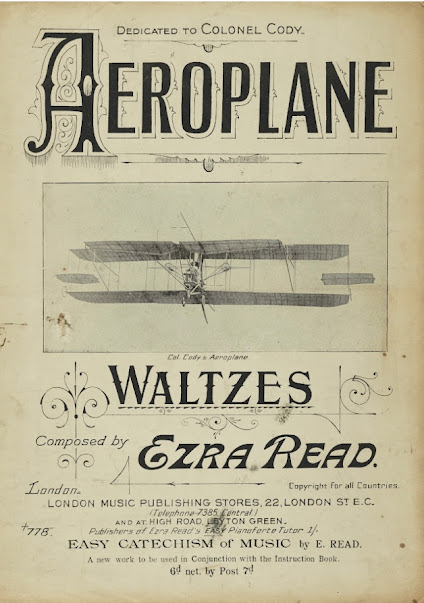 I wonder if anyone heard his 'Lost Chord' or 'Better Land' and thought ... wot?

Posted by GEROLSTEIN at 6:22 PM