From the Hamburg drains to Blackheath conservatoire ...

.
So often, when I pluck a Victorian photo from ebay, to play with for half an hour, I seem to choose an Indian army type, or someone from an aristocratic or county or just plain wealthy family. Well, today's lady looked ordinary enough. Cameo brooch, best Sunday gown, tailored dress which she is starting to get too plump for. Lovely Victorian covered buttons ... I remember those on my Scottish grandma's dresses ... Well, one out of four. She turned out to be ... wealthy. 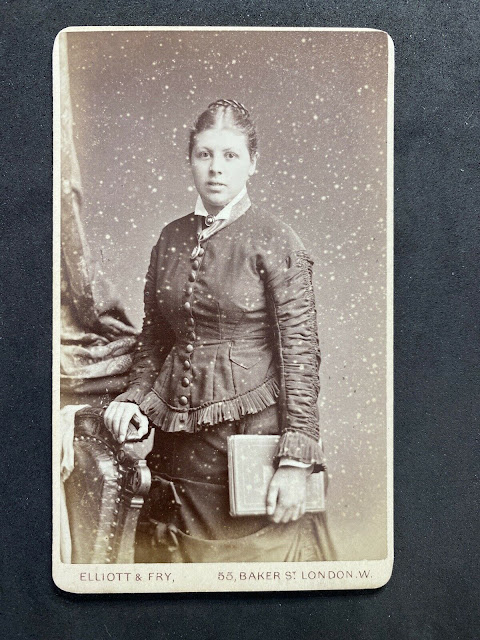 Her name was Julia Lindley -- that attracted me, all those Lindleys in music in the 19th century -- and this photo was taken, in 1876, she was twenty years old. Her father, William Lindley, was a civil engineer, in the 1850s, the chief Engineer of public works in Hamburg 'who planned and executed the system of sewers .. which forms an underground network of streets with an outfall to the Elbe' and 'the bridging of the Elbe between Hamburg and Harburg...', her mother Jeanne Julie, and Julia and her brothers William Heerlein (b 30 January 1853; d Putney 30 December 1917), Robert Searles (b 28 January 1854; d Caterham 9 July 1925) and Joseph, were born in Hamburg. After their mother's death in 1862 they were left in England in the care of their well-off and unmarried Uncle Joseph 'retired architect' and Aunt Caroline at no 10 Kidbrooke Terrace, Shooter's Hill (cook, parlourmaid, housemaid), to be educated.

By 1881, William had retired and had joined Julia, Caroline and Uncle Joseph at Kidbrooke Terrace (cook, housemaid), they are still there, the parents in their 80s, in the 1891 census, and brother Robert and his wife, [Sara Amalia] Marie [née Ladenburg], are with them, back from in his turn engineering in Hesse  .. 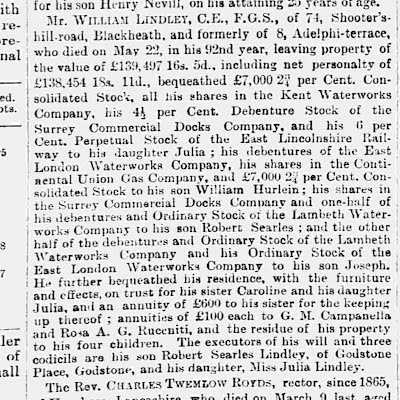 He must have been a little gaga. Or it was an old will. Caroline had died in 1891 (24 May). William jr, who had followed the family trade was now Sir William 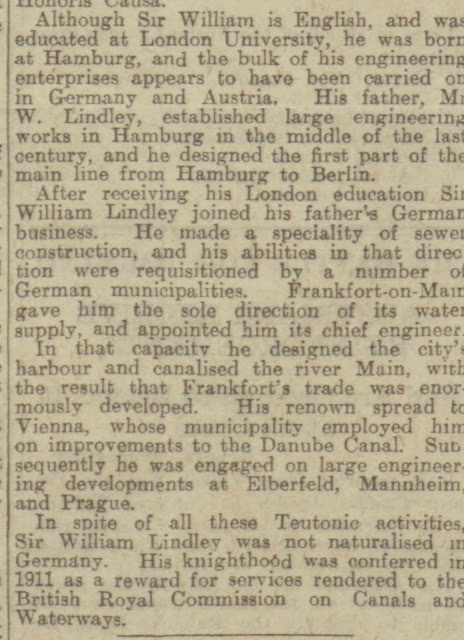 In 1901 Julia is still, alone, in 74 Shooter's Hill, and her twelve-room home is shared with a Scots hospital nurse, Jane Farmer Dall, and a 64 year old (illegible) as well as the cook and housemaid. By 1911 Miss Dall is listed as 'companion'.

'In March 1937, after the death of a Miss Julia Lindley on 15 January 1937, the Blackheath Conservatoire was offered as a part of her bequest a Steinway Grand Piano, and £1000 to help students who could not afford tuition. At the same meeting it was also noted that Miss EJ Lindley had presented the Conservatoire with Julia Lindley’s portrait'. 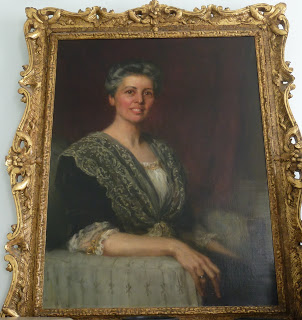 'That Julia Lindley was a great philanthropist is something that is still well known today. In addition to her generous bequests to the Conservatoire she bequeathed £1000 to the National Gallery and to the Royal Observatory. The preceding bequests apart Julia Lindley was a life member of The Royal Geographical Society from 1893, a subscriber to the Annual of the British School at Athens in 1897, and a life member of The Royal Archaeological Institute from 1913. In addition to her bequest to help students who struggled to pay their fees she also provided support for students during her lifetime. Needless to say that she was a great benefactor of the arts and someone who took a great interest in cultural pursuits'.
Posted by GEROLSTEIN at 2:32 PM