Broadway babes and bits from a century ago ...

.
I'm sure all these photos are in the racks at the Harvard Library and other Museums of Performing Arts, but .. just in case.... 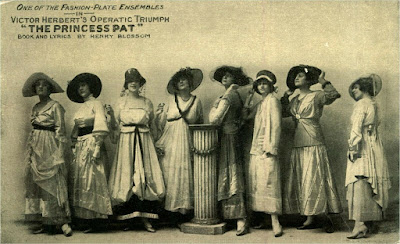 Red Feather (1903) was a comic opera of a thoroughly romantic kind, wih music by Reginald de Koven. It was set in the town of Romancia, and the heroine was the Countess Hilda von Draga otherwise ' Red Feather'. Florenz Ziegfeld's production featured lots and lots of uniforms (m & f). Here is soprano Grace von Studdiford, the show's star, as Hilda with 'The White Lace Guards' ... 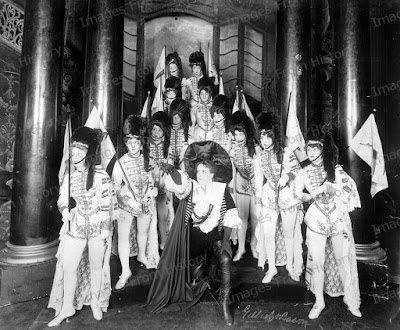 The 1880 Viennese musical Apajune der Wassermann was played around America for some years, and got a notable revival in 1885, at the Casino Theater with the starry Francis Wilson playing his version of Zell and Genee's (and Millöcker's) comical Graf Alamir Putschesko, originally played by Felix Schweighofer and in New York by Adolf Link. The production played only some five weeks in New York, but John McCaull took it round major touring dates and this photo doubtless sold well .. 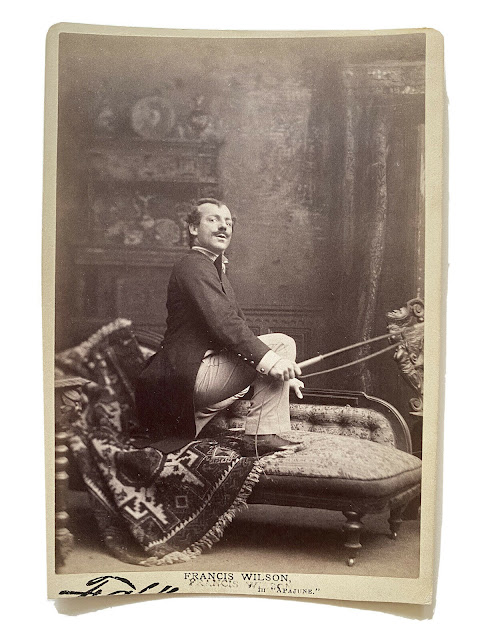 Rényi's hit Hungarian operetta A kis gróf was produced in America (1914) by Lew Fields (with additions and alterations) as Suzi, with London's Jose Collins, Robert Evett and Connie Ediss in leading roles. This looks rather like a touring set for Act I ('the Sans Souci Gardens') or is it Act 2-3 ('an hotel in Sorento') ... 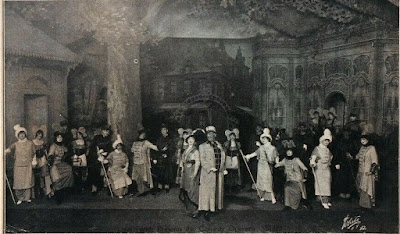 The Little Duchess (1901) was another Ziegfeld/Reginald de Koven show, built by Harry B Smith to showcase Anna Held. When it went on the road Miss Held's role was played by the embarrassingly billed Olga, Countess von Herzfeld. 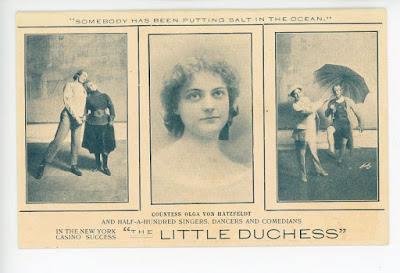 Sydney Grundy's hugely successful 'Sex against sex' play, Sowing the Wind (1893) was produced in London by J Comyns Carr, at the Comedy Theatre, starring Brandon Thomas, Cyril Maude and Winifred Emery, and, tactfully placing its story of illegitimacy and morals at a period half a century earlier, was praised as one of the best among modern plays. The play was taken up for America by Charles Frohman who produced it at New York's Empire Theatre with Viola Allen as the heroine and Henry Miller, W H Crompton and William Faversham as the male sex ... whether this photo is of the original Empire cast or one of Frohman's subsequent tours, I know not ... 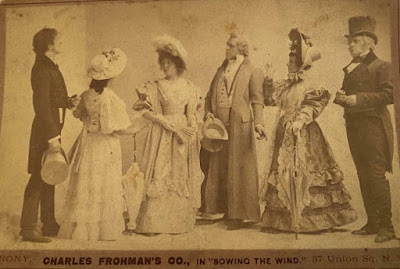 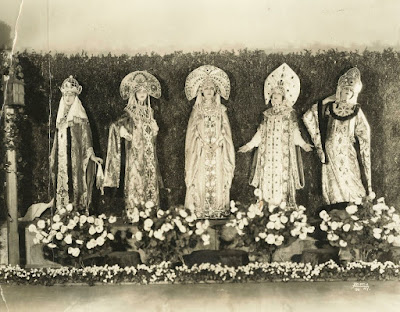 Some 1924 Charles Le Maire costumes to finish with. Unlike former times, when a chorus girl was used to show as much as possible of the female form, as unclad as possible, here the ladies are clothes-horses. I don't know how these lassies were edged in to the domestic story of Peg o' my Heart; Peg o' my Dreams didn't, I believe, have an actual chorus, but I guess they are the girls referred to in the programme as Blosson, Rita, Fay, Muriel, Diana .. surely they couldn't be the featured 'ballet' (how do you get a ballet into Peg?). Ah well ...

And another. 1921. 24 performances at the once famous Casino Theatre. Charles King starred in It's up to you. I guess this is he ... 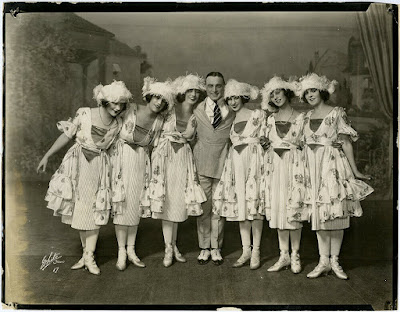 This one is a piece named Flo-Flo. Yes, named for its leading lady, 'a deluxe showgirl looking for fame an fortune'. Broadway hadn't got sick of those yet. It was based on a vaudeville sketch written by Fred(érique) de Grésac, and she and Teddy Paulton compiled the very reminiscent lyrics,which were set by Silvio Hein. The star was Vera Michelena (centre), in the title-role, the producer was John Cort and what was little more than a highly decorated vaud sketch ran a remarkable 220 performances at his little theatre. Having, a long time ago, listened to the score, I can only assume that the costumes were the attraction! 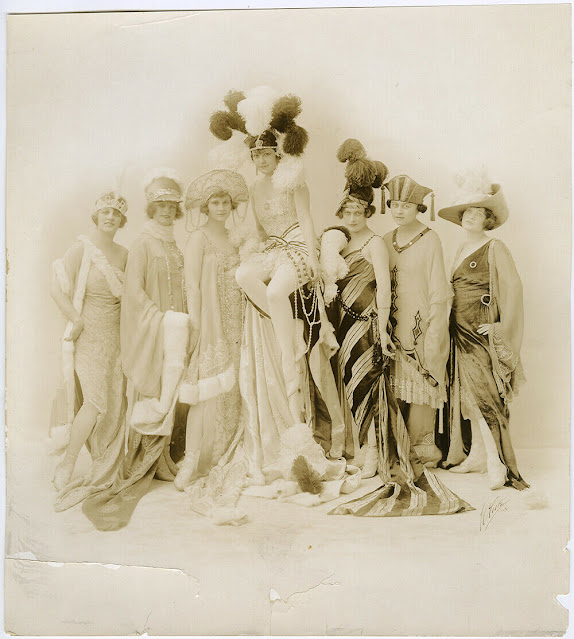 It Happened in Nordland was a much more substantial piece of work, by better-known writers (Glen MacDonough and Victor Herbert), directed by Julian Mitchell, dressed by Caroline Siedle and wth a cast including Lew Fields, J W Herbert, Marie Cahill, May Robson ... lots of high-class low-comedy! I really don't understand how the Red Indians got into the script of a piece set in Ruritania, but script and score changed vastly during the show's wandering existence. Maybe they were a part of the Act 2 carnival scene ... 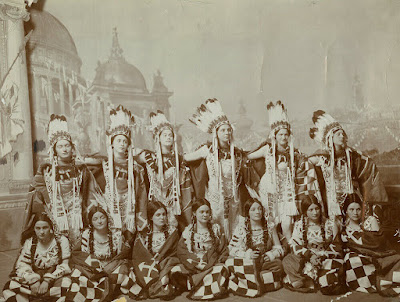 This one, I cannot place. 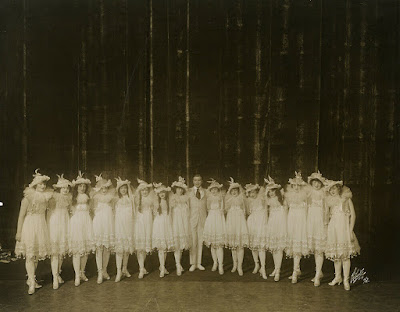 It looks a little less classy than the two previous. One juvenile man and sixteen chorines photographed by White ... anyone got any ideas?
Posted by GEROLSTEIN at 9:16 PM