.
I took a little time off, yesterday, from digging up old Cartesians to have a wee stroll on ebay ... and I picked up a trio of named cdvs which looked good for investigation. Nice unexceptional young people? Like Hades ..

A nice little boy, from Dunedin ... 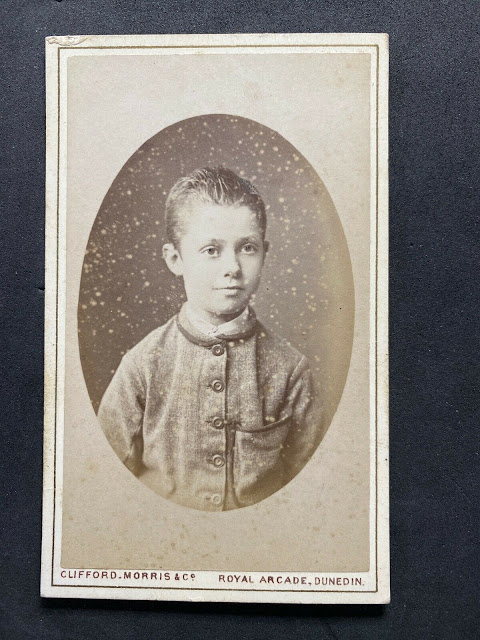 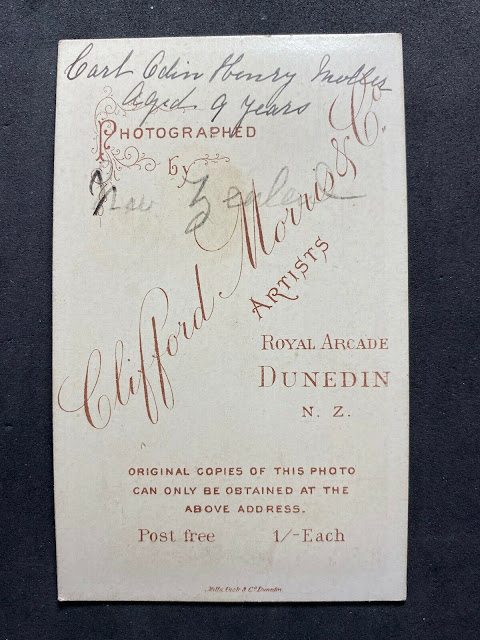 Well, Who's Who tells what he grew up to be 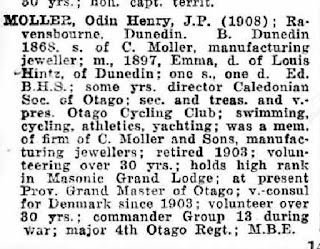 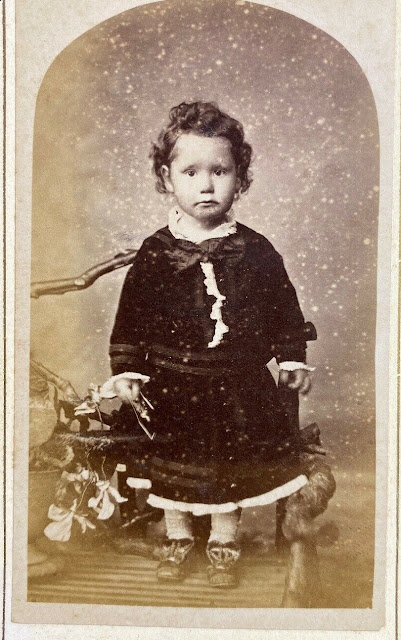 Nothing more to say, is there.

I picked this next young lady because she was so clearly named ... 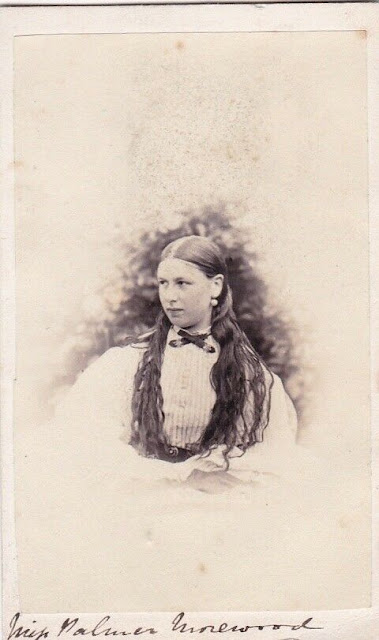 The clarity didn't ultimately help, because there were several Miss PMs and they were high society and filthy rich. They'd turned from plain Palmer to Palmer Morewood in one of those inheritance situations and you can read all about them in the history of Alfreton Hall and Ladbroke Hall. From the seeming period of the photo I'd say this was one of the four daughters of Charles Rowland Palmer Morewood (d 1875), or more likely still the daughter of his son, or maybe a cousin ..  Anyway, some of them are related to Lord Byron and the Earl of Shrewsbury ... enough, already. Perhaps the family historians can identify the lassie.

My number three did not turn out notable. 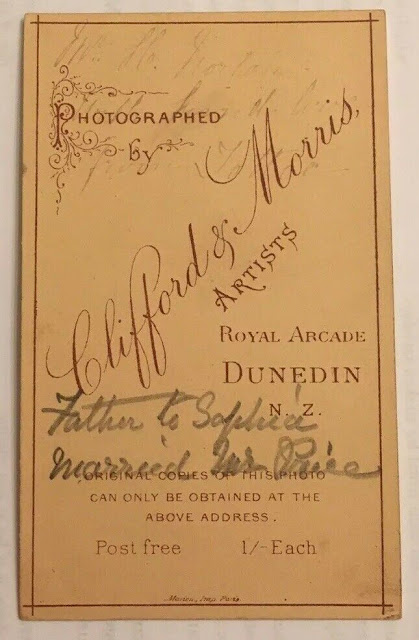 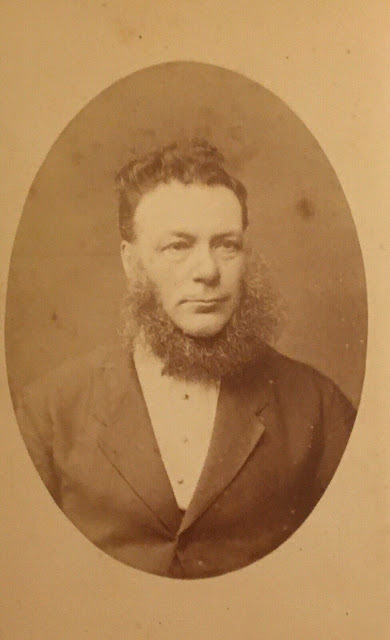 Finding out who the daughter was was straightforward. Sophia Isabella Norton married Robert William Price in Dunedin in 1881. Her was listed as a plumber (d 25 January 1932).
And now I find that Mr Price wasn't just any old plumber ...

But who were her family, her brother, to whom this photo was dedicated, and most especially her hairy father? I can only find a Sophia Isabella Norton from Great Yarmouth, born 1856 ...  it's she! Father Henry Dawson Norton died Dunedin 21 September 1900, mother Sarah Elizabeth Scales ... so the family historians say ... born Yarmouth 29 April 1820, married 23 April 1843. In the 1851 census he is a carpenter with two daughters and a sister-in-law named Sophia ...  They seem to have emigrated around 1860, for their last child was born in Dunedin in 1861. So, our whiskered man is Henry Dawson Norton. Done!