.
The sun tardies in its coming out, Wendy has ventured out to find food and fruit juice (we are now an alkoholfrei house) ... so a wee handful of investigations seems in order. I still seem to be lingering in Letter "L", so I picked Nancy Langtyre as my breakfast target. She was a fun one! Of course, 'Langtyre' was a pseudonym, but I cracked her. How! Well, she said in her one 'Nancy' census that she was born in Langley, Worcs. So I went looking for Anns, Annies and Agneses born in Langley round that time. And I lit on ... surely not! ... Annie SMALLBUM. But it was she. And the registrar had got it slightly wrong, it was SMALLBUN.
How did I know? Well, a grandson had gone on line yonks ago asking about her. His name was Pryor.   And his mother was Berenice. Pryor married Smallbum/bun? Yep. There they were, in the 1911 census with 11 month-old Berenice ... William Henry Pryor, jeweller, son of Edwin Pryor, pawnbroker, married Annie Smallbun daughter of Enoch Smallbun, plumber, and his wife Mary née Seller, 21 March 1908. And when you know what you are looking for ..

Enoch and his family moved away from Worcestershire when Annie was a toddler and settled first in Sedgley, Staffs, and subsequently in London. Enoch died in 1890, and in the 1891 census 14 year-old Annie is already listed as 'singer'. I wonder where. By the time she comes into my view it is 1897, she has become 'Miss Langtyre' and is a member of the chorus of the Carte 'E' Company. She rose to small parts (Kate in Yeomen of the Guard et al) and lead understudies before she departed the company in 1899. My last sighting of her as a Cartesian player is in October 1899 in Huddersfield, alongside Dollie Webb.
She then moved to the George Edwardes management, playing in the chorus of the Gaiety Theatre The Messenger Boy (1900) and touring in the same show (1901), and following up in The Toreador (1901-2 London, 1903-6, Nancy Staunton) and The Spring Chicken (1906). In 1907 she took a brief turn on the halls ('the new comedienne') before travelling to Buenos Aires with a musical comedy company including Beatrice Edwards, Martin Adeson, Arthur Appleby and Stanley Brett among its recognisable members.
On her return, now married, she appeared in the 1908 pantomime at the Royal Court Theatre, Liverpool, but then drops out of my sight (presumably being a mother) until Christmas 1913, when she took part in the panto at Brighton. The next year, it was Murray King and Clark's touring Jack and Jill, then Glasgow's Little Miss Muffit. 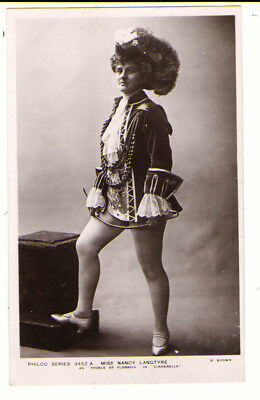 What happened next is a bit of a puzzle. I think William died. There's a William Henry Pryor who died in Bolton in 1923. Presumably (?) the one who was disabled in the war and signed off in that year. Was it he? Maybe. G&S archive says Nancy died in 1953. The questing family say 1958. If she were still Mrs Pryor, I say neither. But, of course, she may have remarried. I chased up the family, to see if they could give any clues. Brother William (1874-1938) commercial clerk stayed with mother, who died in 1929. Of the three sisters, Kate vanishes early, Nellie (b 19 August 1880) became a hospital nurse and died, single, at Orpington 26 January 1967, whereas eldest sister, Minnie, exchanged the name of Minnie Smallbun for that of Minnie Mullett and seems to have gone a bit odd. However, she lived till 10 January 1947 and died at Orpington, leaving a daughter, Eunice Irene Mullett who, in 1925, became Mrs Eunice Irene ... [Cyril] Smallbun! But I can't find Annie/Nancy in Orpington ... same trick as Lucie Caine. All the rest of the family transparent, but the one we want ..? 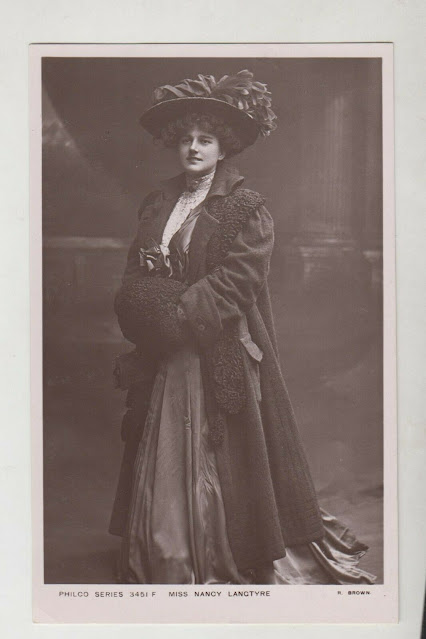 Looking down the list of chorus ladies in the Carte "E" company, I spied one that looked a walkover. And it was.
Bertha Johanna HOCHHEIMER (b 9 Cross Street, Saffron Hill 15 January 1861; d Camden January 1906) was one of ten children of lithographer Johann Hochheimer and his wife Margaretta Sophia from Nassau in the Rhine Palatinate. Her time on the stage was but brief: in 1888 she toured in the second lead roles of Inez in Pepita and the Queen in Les Manteaux noirs, and in 1889-90 as Marguerite in Delia. In the 1891 census she averred that she had 'no profession'. However, she returned to play more Pepita and Falka with Horace Lingard's fine touring company in 1893. She must have joined Carte soon after, for the archive records that she played with Company E in Utopia (Ltd), The Grand Duke and The Rose of Persia. At age forty, she has resumed 'no profession'. And in 1906, she died aged 44.

Miss Courtney is the long-serving Blanche Courtney [Blanche Kate LINWOOD] (b 11 William Street x 26 October 1870; d Nunhead 4 January 1936), another one whose private life makes more of a story than her professional one. The archive says that she was a member of the Carte companies from 1893 to 1901. With a wee gap. Throughout her time, she played  small roles, rather than being pure chorus. In 1893-4, a Scots chorus tenor by name Percy Waldron EDMUNDS (b Edinburgh 13 July 1861; d USA 1940) was also with the company, and it is suggested that they met and married. I say they didn't. Because Mr Edmunds was already married (1890). And Miss Courtney and he are already shacked up together, in Derbyshire, in the 1891 census. So, did they join Carte earlier than said, or were they working in some other show? To be discovered. 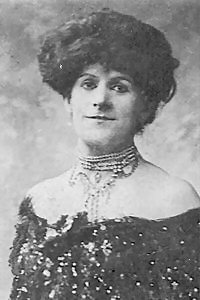 Then, in 1901, everything changed. Blanche terminated her time with the Carte companies, and Percy ... Well, I don't know if or where Percy worked in the later 90s, but 3 August 1901 he and one of his dozen siblings got on a ship and sailed for America. And he never came back. He worked as a music teacher in Lowell, as a bank clerk, he became a naturalised American, signing a paper saying he didn't believe in polygamy, and that he had one child, John, born October 1901 ... He didn't say who the mother was, but I'll bet it wasn't Blanche. She, apparently, didn't sit around: she scooted off with a company heading for South Africa ...

In 1909, Blanche remarried. Her husband was one Thomas Hutchings, a chemist. She wed as Blanche Linwood Edmunds, widow, and when the census of 1911 came around to Hackney, she blithely declared that she had no children. Doris was up at 30 Castlewood Rd with her grandparents. Anyway, there were no more children. Blanche has a quarter of a century of her marriage and died 4 January 1936. Her father had passed a few years earlier, Doris was safely married ... I wonder who erected the detailed stone over her grave, next her father's, at Nunhead. 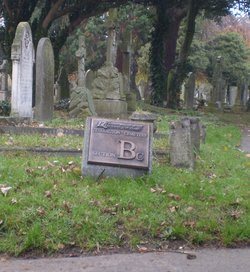 I think I'll sleep on the rest. Rather unoptimistically ...  The fire is making me dozy ....
Posted by GEROLSTEIN at 1:31 AM