A Bit of Bart

.
Well, well. There can't be many of these floating around. Unity Theatre, for heaven's sake. And Li Bart not only in an early songwriting assignment, but also playing an Ugly Sister! 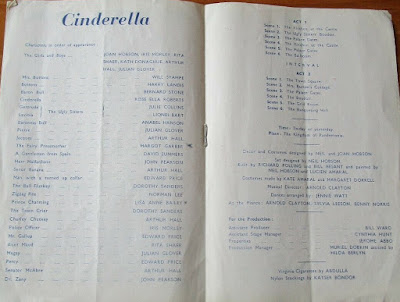 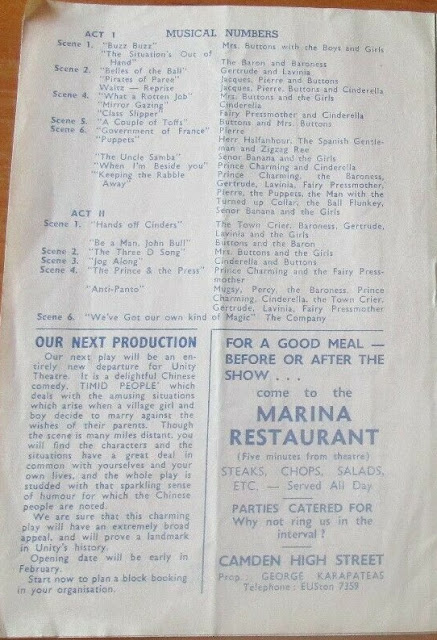 I see folk have been writing Li's life story. So I guess pieces like this one, and his first book musical, Wally Pone, also produced at Unity, have been documented fully ...

PS a few months later scrabbling through an old box, prior to fire .. I found some more bits of Bart ... 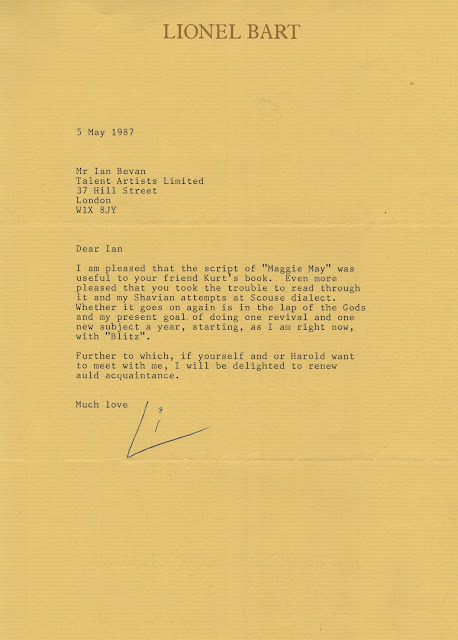 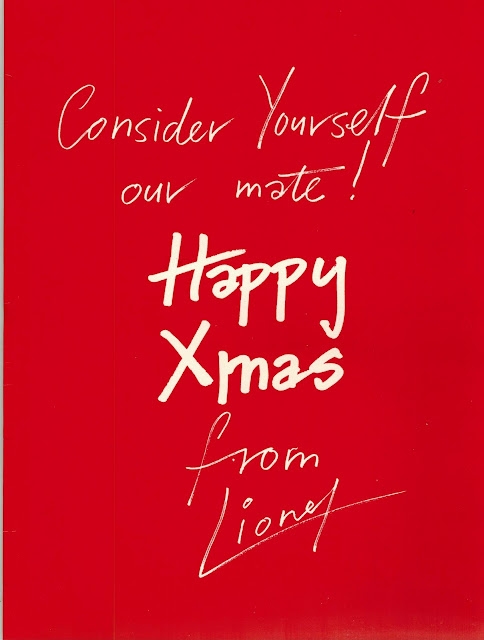 mixed with Tommy Steele, Dora Bryan, [Sir] Ronnie Millar, [Lady] Bertice Reading ... documents, contracts for films and musical, etc from the 1950s to the 1980s ... yes, bits from the files of our old firm, which I didn't leave behind to find their way into some auction house in Margate, the fate which befel poor Harold's archives, but squirreled away ...   why?