.
Most of you who will be reading this will already know that for the past decades I’ve been digging away in the musical and theatrical world, shooting down the fanciful lies on the field which past writers have succeeded in making into ‘history’ and delving into the ‘who really was’ of the characters who populated that world. It has been enormous fun. Mysterious noms de théâtre have tumbled by the dozen. The DNB, Grove, Kutsch and Riemans and other lesser ‘reference’ books have had the errors of their ways and ‘facts’ delicately pointed out to them, Universities and academics rapped on the knuckles … oh, yes, it’s been fun, all right. And all those folk who have purchased my Victorian Vocalists will have read a small selection (100) of the articles that have come from all this original research – yes! No footnotes! My research is all original: I’d never get a University degree! – but, alas, there are some folk amongst the vocalists of the C19th century who have kept me baffled. Who were they? Where were they born, and under what name, the public life is usually easy enough to chronicle, but the private…?

Who was Madame Haydée Abrek (an hilarious pseudonym) who fled the Franco-Prussian War to England, where she ended up playing burlesque in tights. She was a high-society Parisian dame, a duchess some said, but nobody blew her cover. Who was ‘Miss Pilling’, the young midlands contralto pushed with limited success into lead roles with the Pyne and Harrison Company by ex-megastar teacher, only to vanish utterly. Franco Runcio, a lead tenor in the West for decades, said he came from Messina. As did his wife Maud (!), a chorister. Did he? George Renwick, the fine baritone .. was he really a school secretary? Or is that a different George?

But there’s one chap who beats them all. This one. 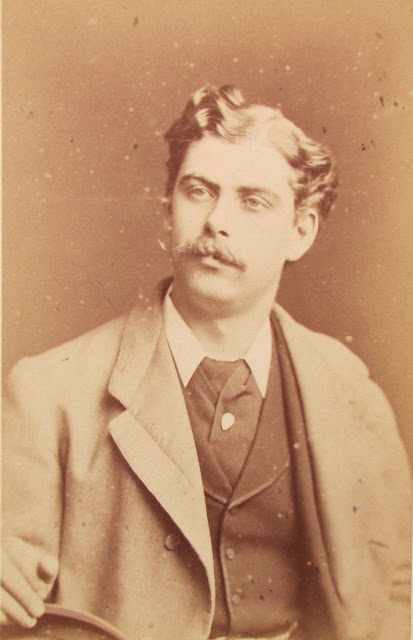 It’s not that we don’t know much about him. We know too much. He told everyone everything. The trouble is that it was always a different everything. And not just a little bit different! Wholly different! And not just once. Time and time again, on both sides of the Atlantic. Even to marriage, passport, census and other official sources. I and my friend and helper, Betsy Miller, have spent two decades and more, winkling out ‘maybes’ on the baritone who called himself, in peak days, Enrico Campobello. The results are published at length and in details in Victorian Vocalists. But they have no beginning, and no end. We have him nailed from 1867 up to 1918 … but before? After?

He was from Scotland. That was audible. Where? Well, he started off being ‘Mr Campbell’ ‘from Campbeltown’, Argyllshire. When he married in 1874 he decided he was ‘Henry Maclean Martin’. Son of a General. He first sang with the London Opera as ‘Campi’, later as ‘Campobello’. In 1888 when he dumped his (more talented) wife to wed an apparently rich Californian singing pupil, he signed the register as Henry Montgomery Campbell. Miss Porter wasn’t rich, and only lasted a short while. But her daughter, like the three from his first marriage was christened ‘Campobello’.

Eventually he went teaching in Nashville … Archibald Montgomery Campbell. But in 1911 she swore to the US passport folk that he was Henry M Campbell. He also swore he was born 1851. He got naturalized: born 1856. He tried Europe again, and came back as Baron H Campbell artiste of the Royal Vocal Academy of Florence. The Baron was a bit too much! He retired to Pacific Beach, California. His name is in the local directories, Henry M Campbell, up to 1919 …

You don’t move far at 80 years of age. Even if into care. And he now had no family. Surely the grave of the poor, silly, handsome, grand, snobbish singer .. a man who had all the advantages to be a top of the range performer… is somewhere around Pacific Beach. Is that San Diego?

There’s a price on his dead head. Anyone who can find me his death certificate … it would be a century this year, I’d guess. 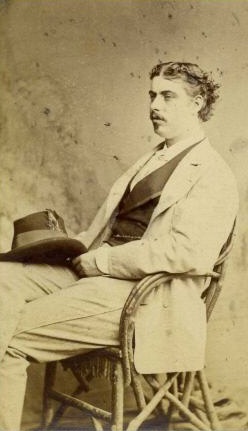