Through one of those circumstances that leads you down long trod and half-forgotten paths, I lighted this week on my thirty year-old old writings on the musician 'Dr Hugo Felix'. And to my horror, I found a mistake! So I thought I had better investigate further. The internet? Skimpy, erroneous and copied -- no-one really seems to know anything about him -- just 'facts' culled from other folks' writings. So I thought I'd better 'do' him properly ... here is the result ... 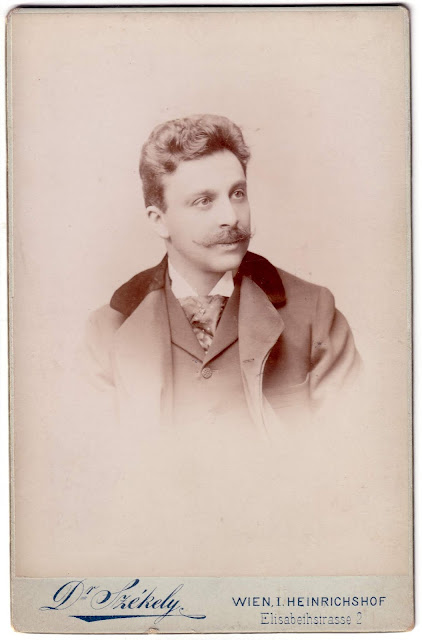 The musician and writer who called himself ‘Felix’ (and it was no secret that was a pseudonym), was born in Hungary, to an Hungarian-Viennese father, who operated as a ‘merchant’ -- ‘kommissionshändler’, ‘kaufmann’, ‘weinhändler’ (etc), -- by the name of Mori[t]z Hayman, (d Ober-Döbling 7 March 1896) and a Slovakian-Viennese mother, ‘Hülsenfrüchtenhändler’(etc) Eugenie (Jenny) Bachrich (d Vienna 1 March 1908), sister to his sometime business partner. Felix was educated in Vienna, graduated from Vienna University with a Doctorate in Science, before eschewing a chemical career in Methyläthylessigsulfosäure, in favour of one in music. 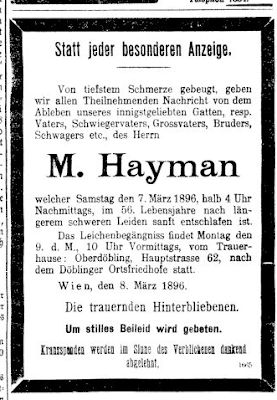 His first Operette, Die Kätzchen, was staged in Lemberg when he was 23 years old ('eines Wiener Musikdilantetten'), and had sufficient success (‘freundliche Aufnahme’) for it to be introduced to Vienna two seasons later, by Karl Blasel, in a production at the Carltheater (8 performances). The book was crucified by the Vienna critics, but Felix was noted as ‘ein schönes Talent’. 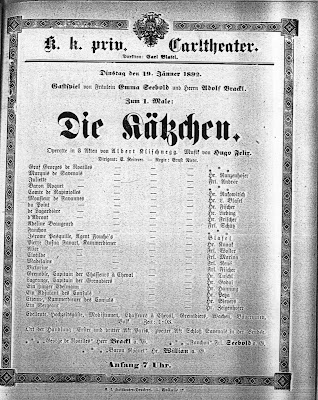 He had two further pieces produced in Vienna over the next decade. The first, an Operette, Husarenblut, based on Csepreghi’s Piros bugyelláris, proved scarcely successful, but he did better with the ancient Corinthian Rhodope, on which he also was credited with the lyrics, and which, after its 31-performance first run in Vienna, went on to be played by José Ferenczy’s company at Berlin's Theater des Westens (23 June 1900) and Lessing-Theater, at the Central-Theater, Dresden with Annie Dirckens in the title-role, at the Hamburg Carl-Schultze Theater, and in other central European theatres. 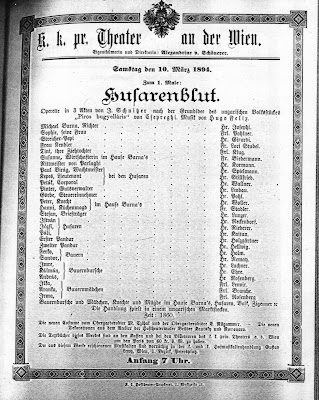 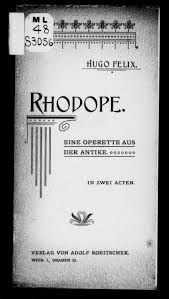 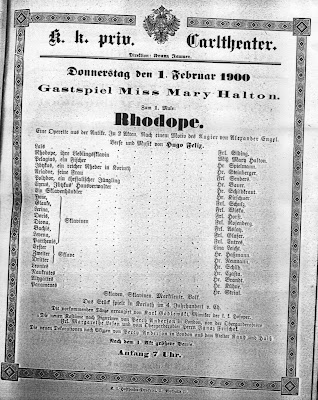 He extended his libretto-writing by adapting the highly successful British musical San Toy for the German-language stage, and, in his position as choirmaster, then musical director, of the Carltheater, also fiddled with both the text and music of Gilbert and Carr’s His Excellency. Interpolated numbers by H Felix. He compiled a pasticcio based on the music of Strauss’s Indigo (ad Felix), to a self-made libretto extracted from the celebrated French vaudeville Cabinet Piperlin as, variously, Folio 24 and Madame Colombe, which was announced for production in February 1902 with a royal cast, then for August 1902 then …,and he was also credited briefly with a Loreley. Neither of them, however, ultimately seems to have made it to the stage. But in November 1902, he made thoroughly good as a composer and a writer when his musical comedy, Madame Sherry, a musical version of the Paris hit Mon Oncle, premièred in Berlin, scored him what would be the biggest international hit of his career. 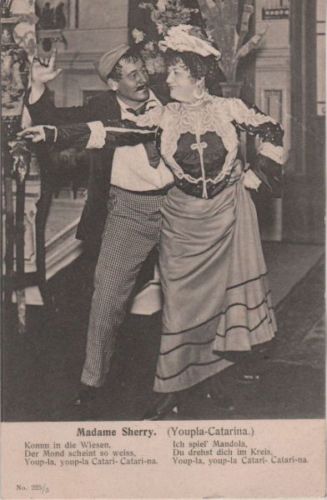 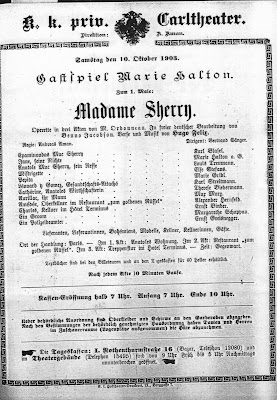 Following the singular success of Madame Sherry in Europe, Felix left for Britain (where his musical had, notoriously, not been successful) and was said, there, to have been commissioned by George Edwardes to compose the score for his home-made European musical play, Les Merveilleuses, to a text by Victorien Sardou, anglicized by Basil Hood. Well, that’s how the story goes. But the same piece (ad H Felix, rather than Hood) had been announced seven months earlier and scheduled for Berlin’s Komische Oper, and the composer's surviving letters seem to show that it was completed well before Edwardes came into the picture. London’s Les Merveilleuses was well reviewed, but it did only fair business at Daly's Theatre (196 performances), where very extended runs had become the norm under Edwardes's management, and a production at Paris's Théâtre des Variétés, equally critically praised, also found only limited success. 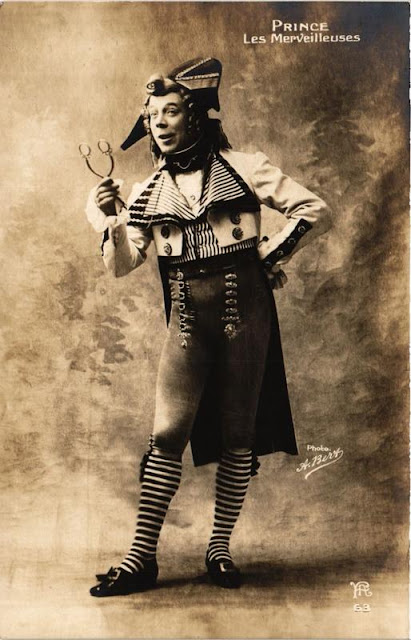 Felix's next attempt at a musical for London, a piece written on the French musical comedy/Madame Sherry lines, was another, but again unsuccessful, adaptation of Le Cabinet Piperlin, here entitled The Antelope (22 performances), and his only subsequent contributions to the musical stage during his London years seem to have been the supply of the pretty 'Or Thereabouts' as an interpolated number for Gertie Millar in The Quaker Girl, and ‘Der Umberrufen Guards' (w Leslie Stiles) sung by Robert Nainby and May de Souza in the revised The New Aladdin. In 1913 he had a share in the score of the latter-day old-style musical comedy The Pearl Girl, which proved an agreeable success as produced by Robert Courtneidge (254 performances). 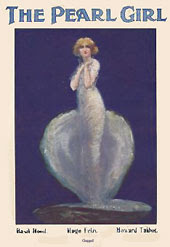 But Felix had already cast his eyes on the green green banknotes of America. 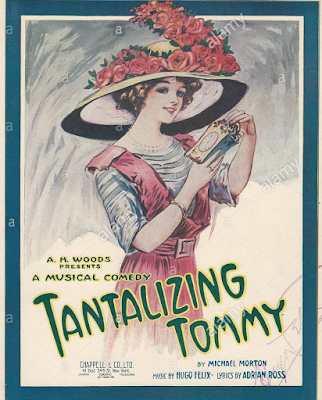 Since Madame Sherry had been Americanized for its Broadway production to the extent of dropping almost the entirety of Felix's score (three fragments remained), the composer was first represented on Broadway by a musical version of Paul Gavault's hit comedy La Petite Chocolatière, produced first in Chicago, under the title which had been given to the play in London, Tantalising Tommy. It was a 31-performance failure in New York, but Felix, soon irrevocably fixed in America, did better with Pom-Pom, a remake of the Hungarian operetta, Csibészkirály, as a vehicle for Mitzi Hájos, Lassie, a version of Catherine Chisholm Cushing's play Kitty McKay, which won enormous critical and out-of town plaudits, but found the New York public diffident, and the Chicago-born The Sweetheart Shop which, although it had only a brief Broadway life, was a decided success on the road. 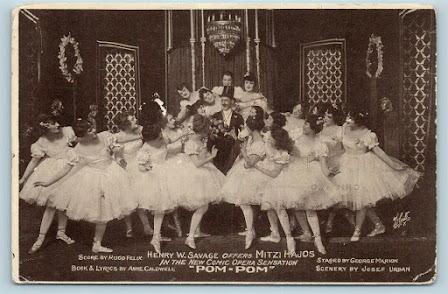 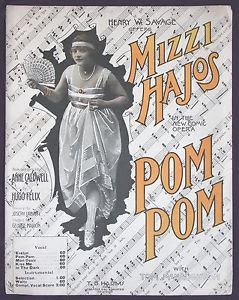 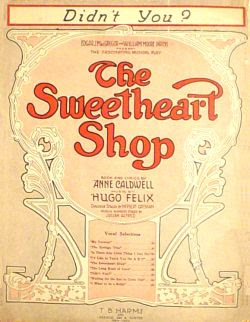 A second collaboration with Mrs Cushing produced Marjolaine, a musical version of Louis N Parker's popular play Pomander Walk, which ran 136 performances at the Broadhurst Theater and found willing American audiences, but which failed when, later, produced at London's Gaiety Theatre. His last works -- the music and songs to Russell Janney's comedy-with-songs version of Don Quixote and musical versions of the famous play Peg o' My Heart and of Margaret Mayo's Polly of the Circus, each adapted by their original author -- were less appreciated.


In his last days Felix went to Hollywood to find work as an orchestrator and conductor, but it was reported in the press that, in the seven months of his stay there, up to his death, he earned but $15.

If his professional career had only a few real highlights, his private life had been, indeed, interesting. He was, for more than a decade, from early Carltheater days, the lover of Miss Marie Halton, the colourful international musical-theatre prima donna who starred in a number of his shows. They even went through a tardy register-office marriage ceremony in Kensington, London, on 20 July 1912. 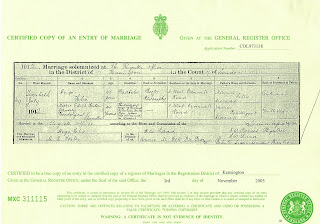 Miss Halton’s love life is one of the more surprising such stories of the turn-of-the-century theatre. A decade of Hugo was, to all evidence, sandwiched somewhere between a selection of wealthy American businessmen and the Duke ... no less … of Orleans. But once Mary and Hugo finally got married, after ten years together, it was under curious circumstances. Just days after the event, on 25 July 1912, Felix sailed for New York on the Cedric, for the productions of Madame Sherry and Tantalising Tommy, while Marie, now retired from the stage, stayed behind at Hyde Park’s 7 Lancaster Gate. He became an American citizen in 1915. But still gave his address as Lancaster Gate! However, his temperamental letters were, by now, no longer addressed to ‘my darling little feller’, but to ‘Dear Marie’. And, soon, she had a new decidedly young companion… 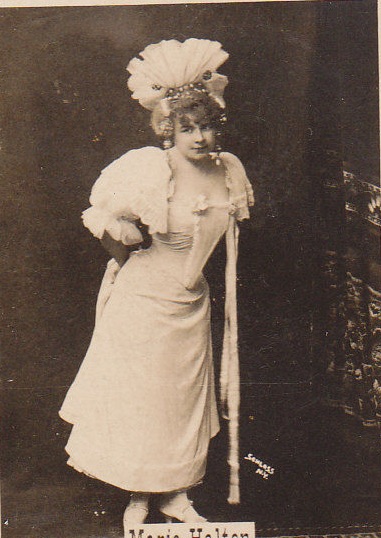 The odd ‘couple’ died on opposite sides of the Atlantic, in the 1930s, he first, in what seems to have been something like poverty, and she … well, she is another story. Which I shall tell … 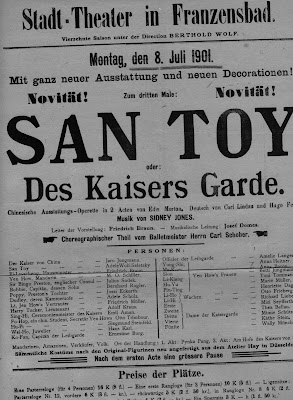 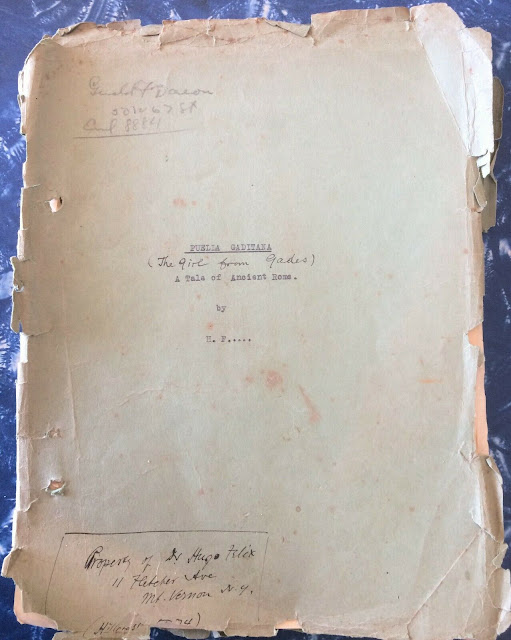 Posted by GEROLSTEIN at 2:00 PM