Handsome Joe: the Druid of Derby

A particularly handsome chappie caught my eye this breafast time. No, not on the other side of the breakfast-table: those days are way, way past.  This was, of course, merely on e-bay. 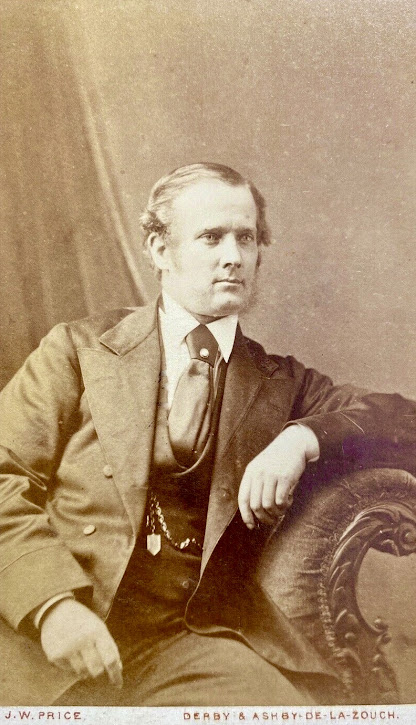 The whole family started off in St Werburgh doing various jobs in the sillk, framework-knitting and Stocking making business. But Joseph was upwardly mobile. He became a book-keeper, an accountant to and then secretary to Derby Friendly Society Medical Association, inspector for the Derby Gas Co,  got involved in such local questions of importance as 'Burials on Sundays' and liberal politics.

He married Sarah née Walker (1835-1904) in 1856, and they had four sons and two daughter, of whom three sons and one daughter survived to adulthood 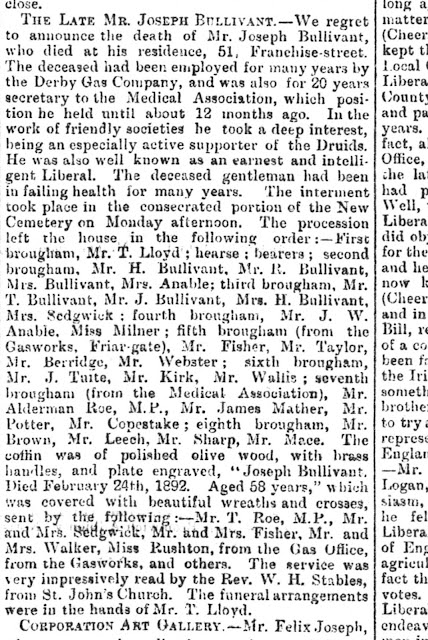 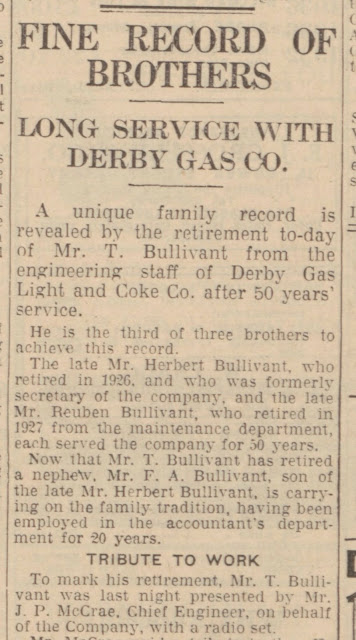 After Joseph's much-mourned death, 24 February 1892 -- the Friendly Society put together an appreciative  25 guinea purse for his widow --  the two eldest sons followed in his ways. Herbert (d Gerard St 27 June 1930)  took over at the Gas Company, Reuben (d 35 Crewe St, Derby 4 May 1929) became a Grand Master of the Oddfellows and a sometime director of the Derby co-op, while working as a fitter in the railways ...

I shall just add that Herbert's wife (née Annie Maw) delivered him ten children (little Doris was crushed by motorbike at the local sports), Reuben's wife, Matilda né Marshall, produced three, Thomas's wife (née Elvira Rushton) limited herself to one daughter, and Mary likewise gave birth to a daughter. So, out of fifteen grandchildren, and judging by the number of extraordinarily half-hearted and erroneous family trees on the web .. somewhere there must be someone who would like to claim the dashing Joe as their ancestor!

PS I imagine the watch fob and the tiepin are parts of Druidic or other regalia.