These ladies having been sitting in my in box for a bit, so I thought they should come out and undergo a moment under the blaze of the Gänzlscope... 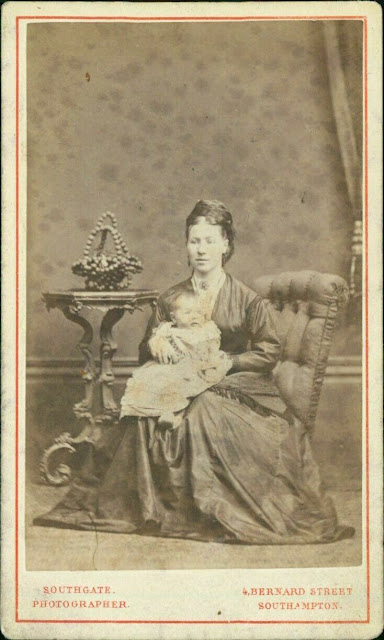 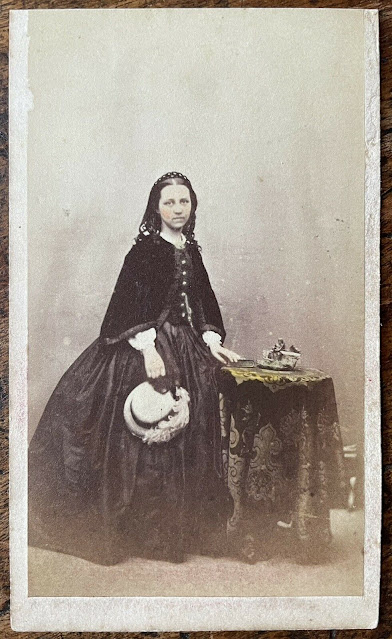 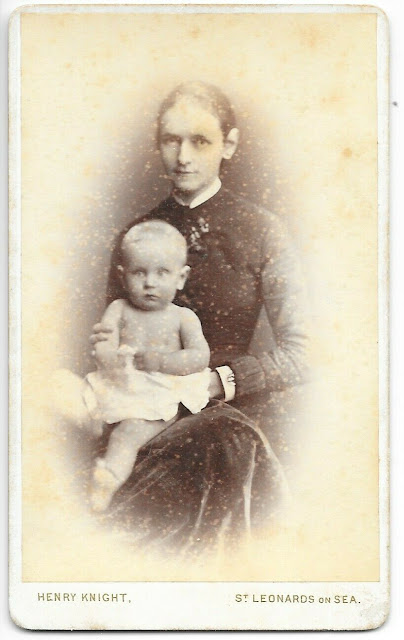 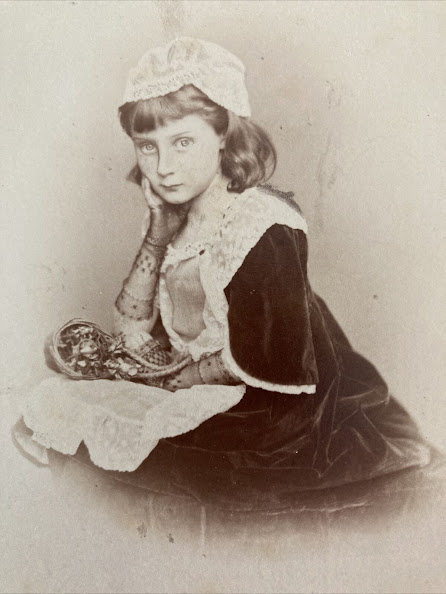 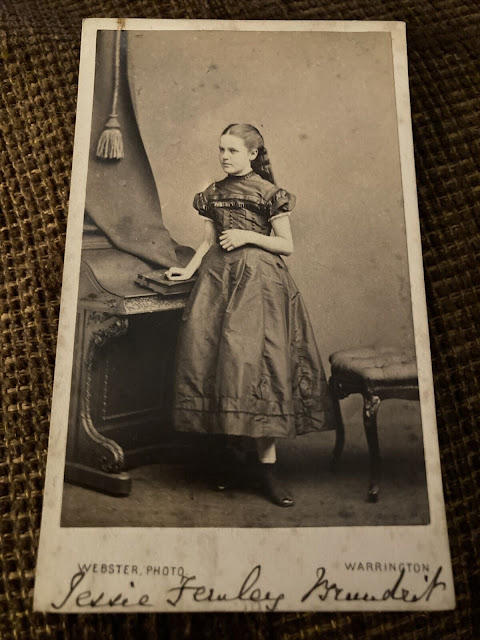 Most of them, give or take some execrable handwriting, confessed their identity pretty finely.  Eliza was well inscribed 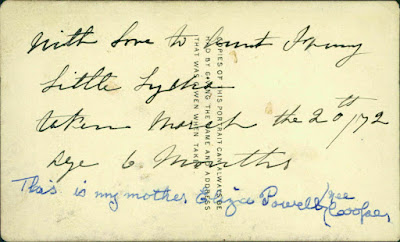 So, was it 'little Lydia' who re-inscribed the picture, many years later? Eliza Esther COOPER was the daughter of George Cooper, and she was born at Milton-near-Gravesend in 1847, soon after his marriage to Miss Sarah Snoswell. Father was a steward on a steam-packet, later 'second waiter', and finally he came home from the sea and settled at Orsett as a 'carriage cleaner'.
In the meanwhile, he had given Eliza two sisters and two brothers, and the family had moved to another maritime town, Southampton. In the 1871 census, Eliza can be seen working as a cook at the Lodge, Jervis Street, Bournemouth, but she soon became the wife (24 July 1871) of one John Charles Powell, carpenter, and gave birth rather too quickly to 'little Lydia' -- Lydia Sarah Powell. There were to be six more children before Powell's death in 1888.
Oddly, it seems that while John and Eliza brought up their other children, Little Lydia was brought up by her Cooper grandparents, and she lived with the widowed Lydia Ann Louisa Cooper for some twenty years. In 1906 she married Glasgow art master, Donald Wilkie who survived her when she died 31 October 1960.
Eliza remained in Southampton, where she died, at 7 Forest View, 1 January 1939.

Harriet Mary WARREN (b Cambridge 17 March 1836; d Surrey 10 February 1914) was born in Cambridge, the daughter and first child of John Warren, liquor merchant' and his wife Harriet Elizabeth née Wettenhall. Mr Warren can be seen in the town's Downing Street in 1841, selling wine, and having added twice to his stock of children. By 1851, he has become a commercial traveller, the children count has risen to seven, but the population of their home in Maid's Causeway also includes two house servants, so I guess he was travelling hopefully. In 1861, papa is a 'commission agent'. Hmmm. Still seven children (no mean feat in the era), but down to one servant. Two of the boys are now merchant's clerks, but Harriet is not working. And in 1867 she married. By which time papa was billed as 'esquire'.
Her husband was Jacob Stanley (b Torrington 1840; d 30 Crescent Grove, Clapham 7 July 1920) , son of a decidedly active Wesleyan minister, and born while father was stationed in Devon. Intended to follow the paternal profession, he was sent to St John's, Cambridge, where he duly gained his MA, married Harriet, and went to work as ... a brickmaker in Nuneaton, with brother Reginald. But Jacob's heart was not solely in bricks and tiles. He became a prominent member of the Nuneaton Amateur Dramatic Society, and the painter of their scenery. He also painted in oils, and eventually he retired from business as described himself solely as an historical painter in oils.