Cowley, or The Purser of Malta

A charming family photo collection showed up today on e-bay ...

Just a very few are named, and the vendor hasn't put them on line in such a fashion as to show which photos came to her/him in the same bundle ...  so I'm going to make educated guesses ...

Just to make things difficult, although the family latterly lived in England, father came from Ireland, many of the children were born in Malta ..

Anyway the family was named COWLEY.  Father, William Haselden Cowley, born Dublin 18 February 1823, was apprenticed in his teens to the merchant navy. I see him from 1856 as purser on the Benares and the Oneida on the Australian run, and in the early 1860s on the Northam.

He married the very young Sarah Anne Richardson from Malta, and their first surviving children were born there: Henry Telfer Cowley (28 February 1849) and George Benjamin (21 December 1851). Josephine Melita was born in Chelsea, William Haselden at Albion Rd, Stoke Newington, Charles Walter in Calcutta, Florence Edith and the last, Selina Mary back in Malta.

So. Let us look at this package of photos.

Henry is easy. He is labelled. 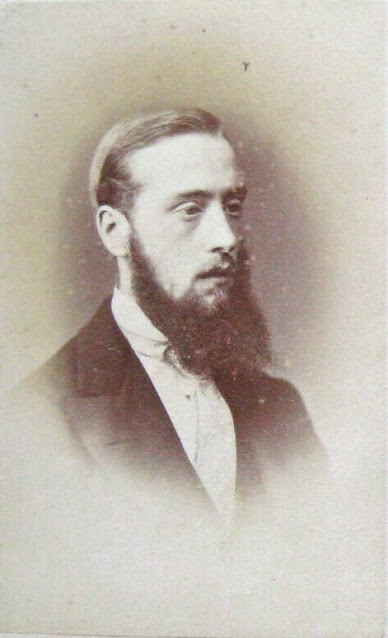 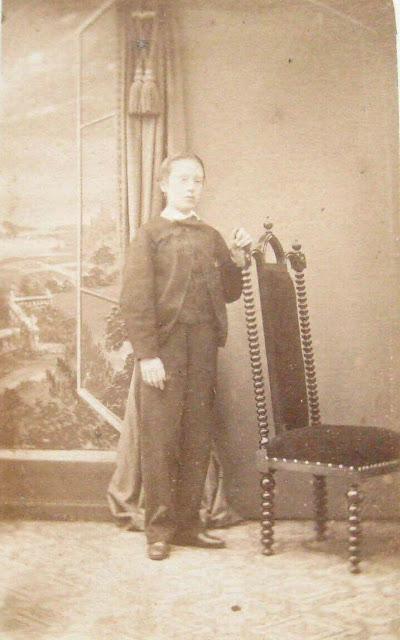 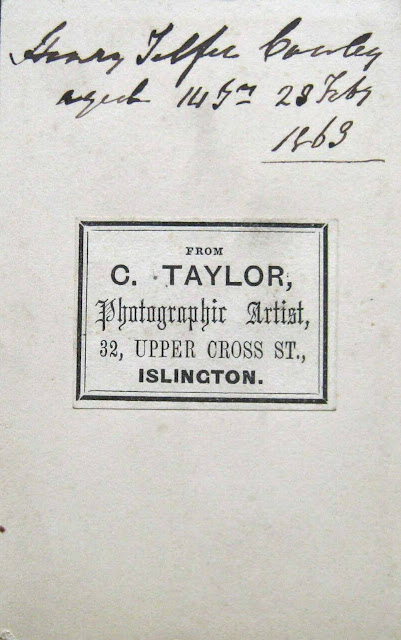 I was moving on, when I noticed another photo from Taylors .. and then more ... and here was another labelled one! Sent by Sarah Ann to her mother in-law 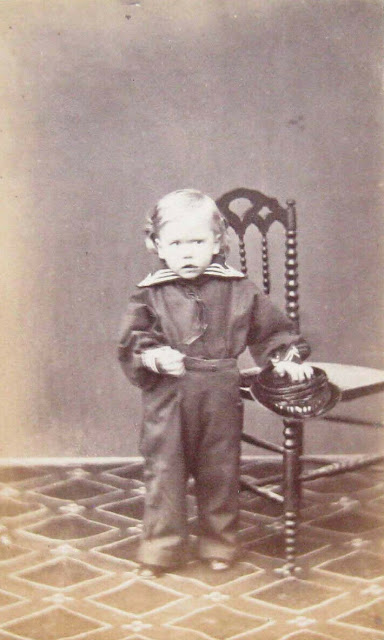 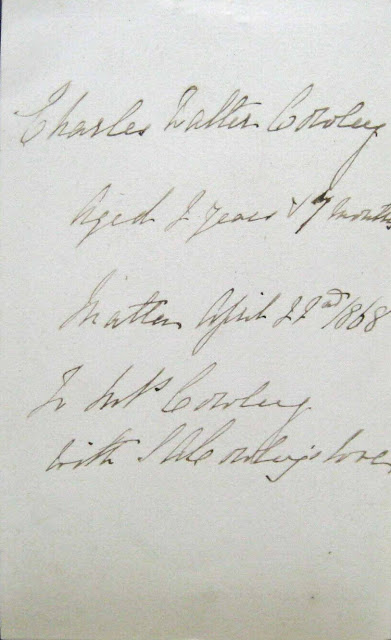 Charles Walter born 11 September 1865 at Kidderpore, West Bengal. Photo sent from Malta. I think he may not have lived very long. I never hear of him again.

And, look, here in the pile is a cdv made up of a copy of Henry's marriage announcement in The Times .. 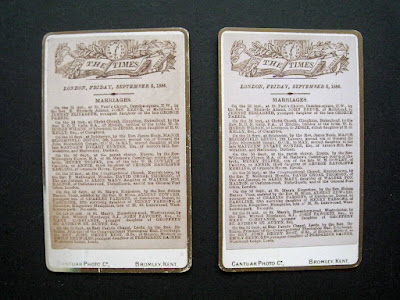 Notice that his father is described as 'of Calcutta'. Yet he died in Malta.

Well, the vendor's collection was quite small, so I thought maybe I should continue with the photos therein.  Especially those from Mr J C Turner of 17 Upper Street, Islington 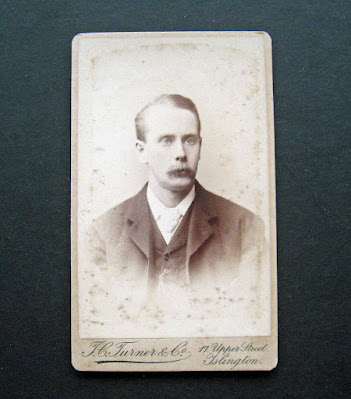 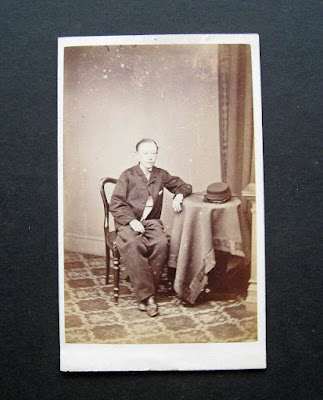 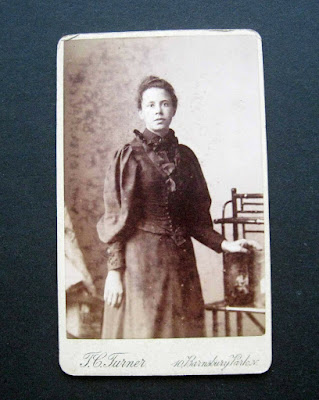 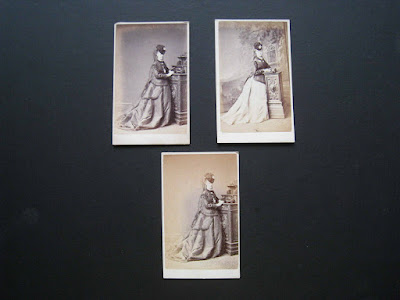 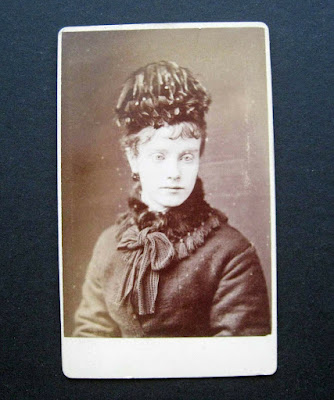 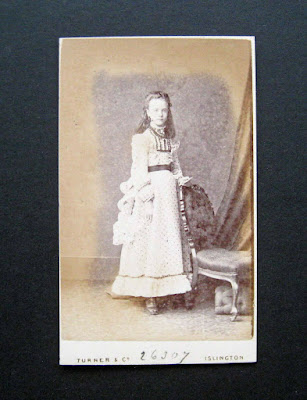 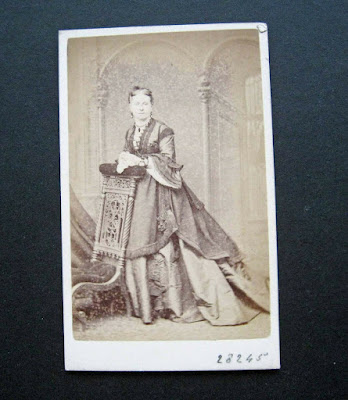 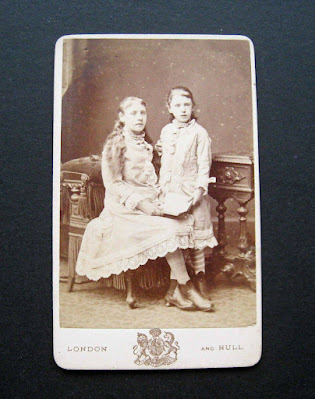 How can we know? Is that Sarah Ann in her widow's weeds?  Is the last photo of Florence and Selina (three years between them)? Is one of the others Melita?

George Benjamin died as a teenager, but is one of the other men Willian Haselden jr?

Oh the vendor has mislabelled the young lad at the table. He's from J & C Taylor not Turner. But that cap on the tables looks very like the one in the photo of young Charles ...

And is this family? Or just a friend? 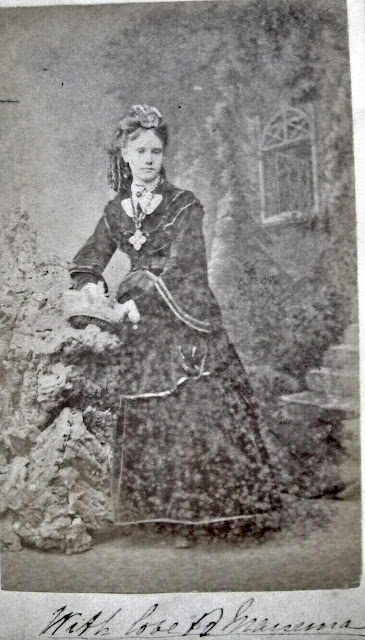 Well, physiognomists .. what do you reckon?

Perhaps norfolkbluebell could tell us  ...

Ah! to be in Norfolk when the bluebells are out ...

And whence came these photos?

And that leaves Florence, who apparently wed a Maltese by the name of de Piro ... are there any surviving Pirouettes ...  or has the family quite died out?

Posted by GEROLSTEIN at 8:50 PM