.
I know. I'm way out of my field. But it's fun to do that sometimes. And I have been here before, when researching the biography of Edward Solomon which I never wrote. The British music-halls of the second part of the C19th.

I was prompted by this delightful advertisement 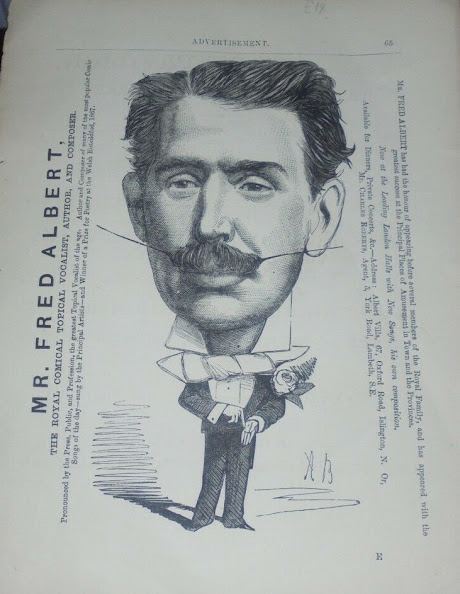 Fred Albert, rightful name George Richard Howell (b Hoxton 6 November 1843; d 67 Oxford Road, Islington 12 October 1886) was, for approaching twenty years, a popular songster, specialising in topical numbers of his own concocting ...  His most famous piece, 'The Latest Events of the Year', changed so regularly that it doesn't appear to have been published, but other, less of-the-moment pieces were.. 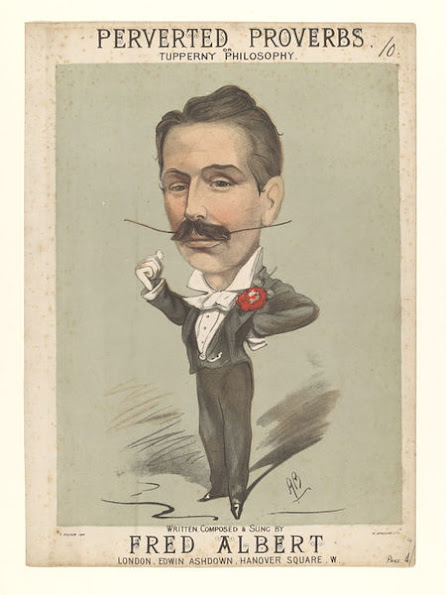 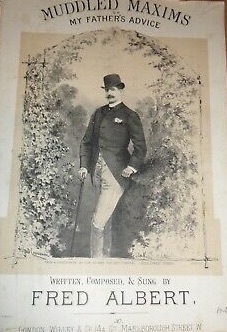 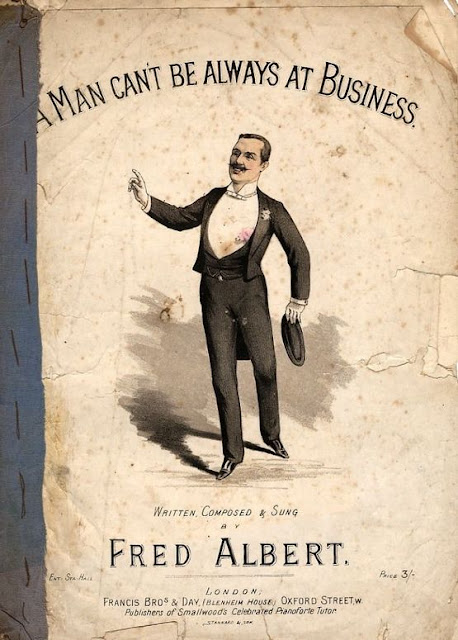 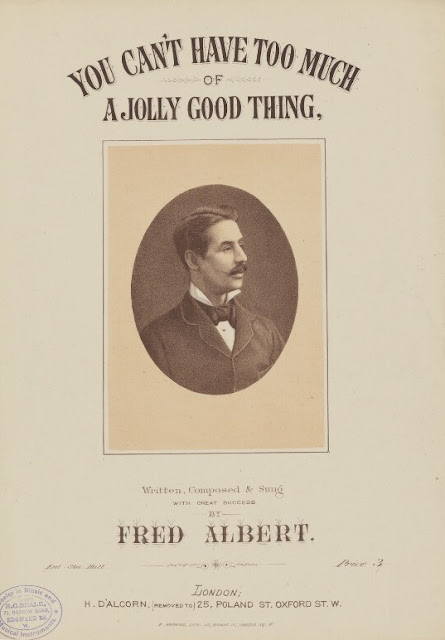 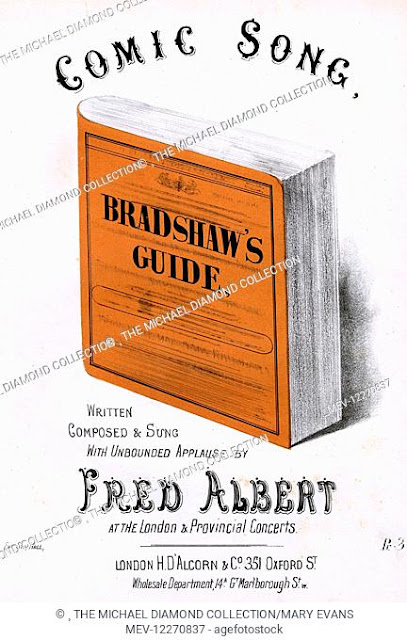 When Fred died suddenly, aged 42, he left a will. He described himself firmly as 'bachelor'. But that isnt't to quite tell the story. Which I will briefly (I promise) sketch.

Fred was the second child (of four) of Hoxton coach-worker, William Howell and his wife Ann (ka Amanda), a tailoress. As a young man, he worked as a card-cutter, until he launched himself as a comic singer. My first sighting of him is at Deacon's Music Hall in 1867. He became quickly popular, and would remain so for the rest of his career, going from one (or three) nightly London halls to another with his sometimes touchy 'events of the day', and latterly visiting the provinces.
On the way, he encountered a budding serio-comic known as Lottie Cherry [CHERRY, Charlotte Elizabeth] (b Tavistock 16 November 1848; d Dorset Gardens, Brighton 1 September 1922), the daughter of composer J W Cherry and a music-hall soubrette since her teens, who from 1873 was billed as 'Mrs Fred Albert'. In 1877, the couple had a son, Frederick Howell.
However, in 1881, 'Mrs Albert' disappeared from the bills. And sometime round about then, Lottie disappeared from Fred's life. She'd found a bigger fish. In 1882 (11 September) she had a son by Middlesex music-hall supremo James Lawrence Graydon, whom she subsequently legally married in 1885. Fred just carried on. But one Sunday he went for a drive, and came home feeling unwell. He took to his bed, and on the Tuesday he died. His funeral, at Abney Park, was crowded with the great of the music-hall profession, prominent amongst whom was Mr J W Cherry. But not the Graydons. 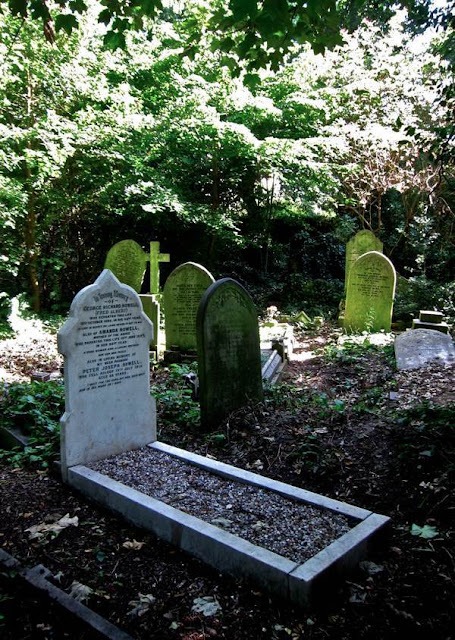 He lies in a grave, alongside his mother, Amanda (d 10 June 1897), and his brother, Peter Joseph (d 19 July 1914), which has recently been restored by the Music Hall Guild. I don't know what became of little Frederick. I expected to see him with Amanda and Peter in the 1891 census, but no. There they are, Peter, wife, two daughters and Amanda together in Tottenham ... I have lost him. 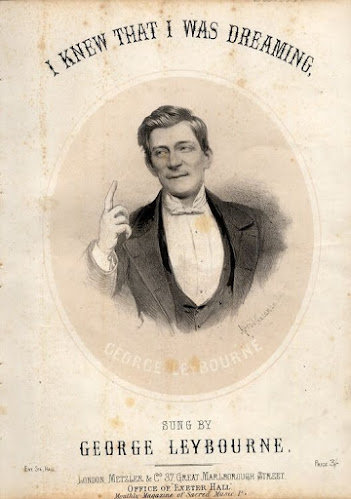 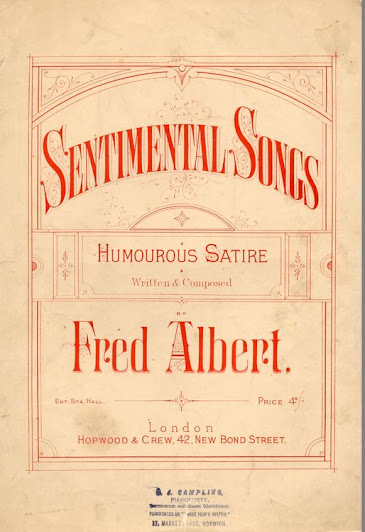