So, my bags are unpacked, my clothes stored away, Kaiser’s supermarket on the Nollendorfplatz has been raided -- my cupboards are stocked, the wine-racks o’erflowing – and the No 32 Picknick Sommer Series is under way!

My first Berlin ‘appointment’, however, was at a Museum. I have related already how Kevin (‘Dr Kevin Clarke’ to the uninitiated) has – under the auspices of the Berlin Schwule Museum (Gay Museum) -- been busy through the spring organising an important exhibition, ‘Glitter and be Gay’ (ah! how Mr Sondheim’s phrase has installed itself in the English language), around the life and career of director Erik Charell and the largely homosexual set of collaborators with whom he worked in revue, Operette and film in the 1920s and 1930s.

Charell, for those of you who don’t know, is internationally celebrated as the original conceiver and director of the exceptionally famous Operette Im weissen Rössl (White Horse Inn) and of the hit musical film Der Kongress tanzt. In Berlin, however, he has a wider claim to fame, having mounted here first a series of spectacular revues, and then another of equally spectacular and sometimes idiosyncratic Operetten, including versions of The Mikado and Die lustige Witwe as well as the Strauss pasticcio Casanova before his apotheosis with White Horse Inn.
Jewish and homosexual, his career was brusquely interrupted by the rise of Nazism, and he left Germany to continue on to London, New York and Hollywood. He did not have the same success there – his trademark, as Kevin explains, had been to introduce the ‘Ziegfeld brand’ of glitz and glamour to the Berlin theatre, and that could scarcely re-export. However, an attempt at a black musical version of A Midsummer Night’s Dream, with Louis Armstrong starred, on Broadway, proved that he had imagination and enterprise of his own. 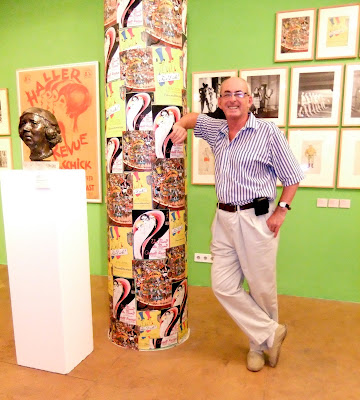 I have never been – as I admitted thoroughly in my opening to Kevin’s anthology on homosexuality and Operette, also entitled Glitter and be Gay – a particular fan of spectacular theatre. I’ve always preferred to listen first and look (much) later. In fact, I have quite an aversion to ostrich feathers and spangles, vast chorus lines and vaster scenery. Nor do I care for jazzed-up and remade versions of the great shows of the past. As a result, apart from Im weissen Rössl – now recognised correctly as a masterpiece of the musical theatre – I have never paid too much attention or consideration to the work of Charell and his teams. Kevin has gently berated me, over the years, for my predilections, and today he put forward his most convincing argument yet.

It is a first-class exhibition. A model of the genre. Done in a wholly scholarly way, yet a feast for the eye as well as for the historian’s brain. The two large rooms of material are laid out in chronological order, the first dealing with Charell’s early career – as a dancer, and then in revue and Operette, mostly notably at the Grosses Schauspielhaus (a wonderful scale model of the famous theatre is on show) 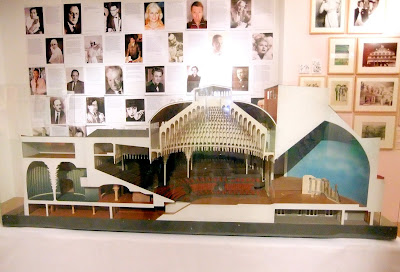 There is a welter of photographs which I have never seen before, there are posters, music sheets and costume designs – all the paraphenialia and ephemera of the theatre and its creators – everything explained (alas! in German! but my tour guide translated) in a series of precise and historically correct pink panels.
Amongst my favourite items, were some delicious costume designs for the Schauspielhaus version of Der liebe Augustin and a splendid portrait of Rössl composer Ralph Benatzky. 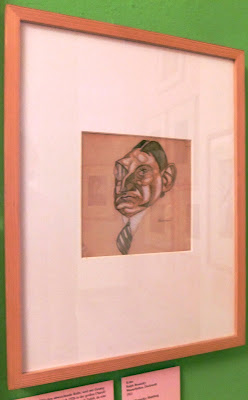 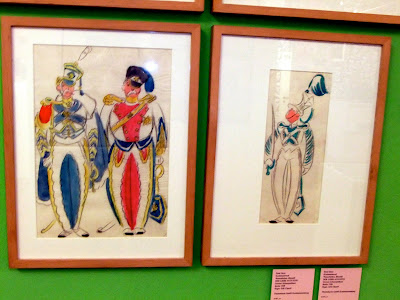 Amongst the vast variety of material from various Rössl productions – stage versions from round the world, and the several film versions – I particularly liked this photo of the making of one early black-and-white movie. I’ve no idea who this Giesecke is, but he looks quite marvellous. Alas, trying to photograph glassed photographs is not easy: apologies for the quality, but I love the subject. 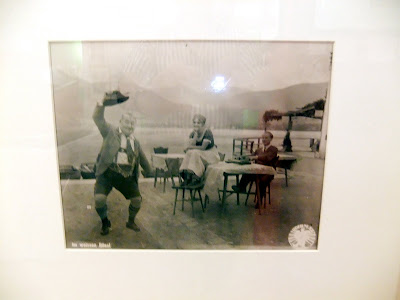 The second room carries on the tale to the end of Charell’s career, and a particularly interesting wall features photographs and biographies of his collaborators. How splendid, especially, to see the handsome Hans Müller and his partner .. I had no idea what he looked like, nor anything about him, he has always been just a name on a playscript. The author of Rössl deserves surely to be better know?

In sum, a really outstanding exhibition. I not only enjoyed it, it also taught me – I who am supposed to know everything – and informed me, and helped me understand rather more of the nature of this man and his work. And that, surely, is the double aim of any good exhibition. To please, and at the same time to educate.
Kevin, my dear ex-protégé, now grown great: I congratulate you from the bottom of my heart.

FROM ONE PROTÉGÉ TO THE NEXT

Home I rumbled (in spite of the fact that U-Bahn Line One has been inconsiderately closed for repairs for the summer), to prepare for the evening and the opening of my Picknick season. The No 32 Picknicks are mostly tête-a-tête affairs – and the first five nights are already ‘cast’! – because my hearing problem goes blurringly into overdrive in anything resembling a group. So it’s finger food – salmon, ham, melon, cheeses, salamis, olives, cornichons etc -- and champagne a deux! Chuckle, given that this is Berlin and the Nollendorfstrasse, an eyebrow or two may be raised as a different young gentleman or lady climbs my stairs alone and punctually each evening at six or seven – Paul, Kevin, Ollie, Amélie, Horst, the other Paul …

Now if you go back in this blog to May last year, you will read my stunned review of a concert given at the Bar Jeder Vernunft by a young Australian calling himself Montmorensy. It is what may be called an unmitigated rave. And I guess you could say that I quite simply fell in love (in the nicest possible way) that night with … well, his real name is Paul. 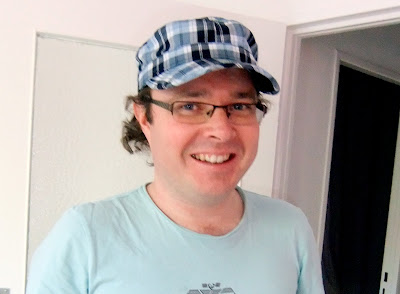 We met again, briefly, when I was in Berlin this April, and I expressed my determination to do anything that I might be able (and I am not quite sure, given my time out of showbiz, just how much that is) to encourage and help him on his way to Real Success. For if there is any justice in the musical world (OK, I know there often isn’t) this young man simply has to make a mark..
And I want to be there in the wings to see it and share it.
Am I soft in the head? I who already escaped from the music world … ?
I can’t help it. I do love a protégé. Folk helped me to get where I have, now, in my ummm 'middle-age', it's my turn to do the helping. Anyway, I now have my protégé (I actually have two, the other will make his entry in due course, when he comes back from tramping through Croatia). A protégé and a purpose. Which is decidedly, I think, healthy.
So Paul and I picknicked, chatted, caught up, planned and flung tales and ideas joyously around for three and a half hours ... before he headed for the U6 (not closed) and I for a weary old man’s pillow! Boy! Keeping up with the young …
So, the Series of 2010 has opened splendidly… and now I’m off to Kaiser’s to re-fill the fridge .. for the next Picknick may be as early as .. this evening!
Hello to Berlin!
Posted by GEROLSTEIN at 2:54 AM