Life is a Kabarett 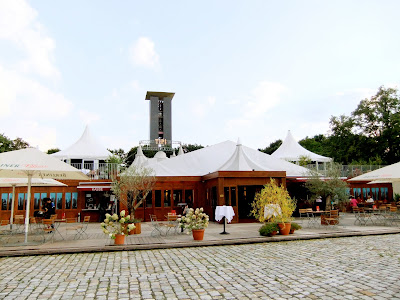 When Hannes told me that Cabaret was playing at TIPI am Kanzleramt – that delightful ‘tent’ venue in the Tiergarten -- I have to say I didn’t rush there. How many times have I seen Cabaret over the last forty years? I can’t count. And Cabaret in German? Ah well, I guess its part of the same ‘good old days’ thing that I recognised in this afternoon’s 'Modernen Zeit’ exhibition. But then other folk, too, told me I ‘should’ see it (why? I wondered) and so last night I strolled up to the grand, green Tiergarten from my home in the Nollendorfstrasse (30 minutes flat, even with the ghastly pedestrian lights), and met up with Hannes and Anna for a night ‘at the musical’. TIPI is, in fact, an ideal venue for this show. It is sufficiently compact, and it has the right ‘Kabarett’ atmosphere. Even more ideal, to my thinking, would be the companion Bar Jeder Vernunft, where this production was originally staged, in a version that has been (sometimes too obviously) now opened out for this larger platform … and, of course, auditorium. 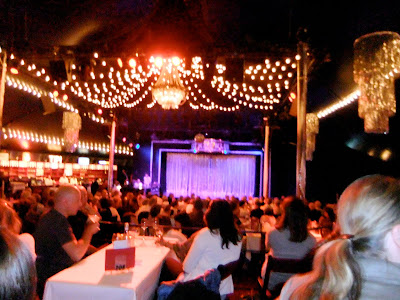 The original stage musical Cabaret was not a huge success, and it owes its continuing life very largely to its film version and the performance therein of Liza Minnelli in the role of Sally Bowles. The filmmakers, alas, in search of youth and beauty, destroyed the show’s two most interesting, central – and ageing -- characters (Herr Schultz and Frln Schneider), so I am always very happy indeed to get back to the original theatre text. Or something like it. The TIPI version – and boy! how many ‘versions’ of Cabaret have there been, tacked together by royalty-chasers and usually involving chunks of the film – seems to me to be sufficiently back-to-basics (I admit to a groan when a yowled chunk of ‘Maybe This Time’ was tacked in), but there were some bits which I didn’t think I recognised. This may simply be because it’s so long since I heard an un-butchered performance of Cabaret. This production’s principal curiosity was to have the text in German, and the lyrics sung in either English or German or, in the disastrous case of ‘Cabaret’, half and half. 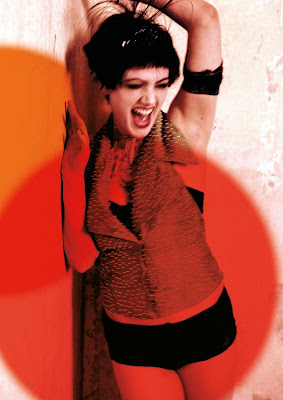