.
I posted this wee bit of research a couple of years ago. It has since had well over a thousand hits. No. I don't believe there are a thousand folk worldwide (and particularly in Russia and Turkestan) who care about Laura Honey. And, above all, every 24 hours. So, am I being unduly suspicious to think 'something's afoot'? Someone is anxious to infiltrate Blogger for goodness knows what purpose? So I am going to reproduce the post here, under a different title, delete the original, and see what happens ..

A frustrating day. I got led astray. Checked into e-bay. Nothing interesting. Just ‘rare’ Adelina Pattis, Christine Nilssons and Maud Branscombes (not even identified!). These vendors are pretty pathetic! But don’t get me on to treacherous e-bay ‘descriptions’ …

So, I looked back to yesterday, when there was a nice photo, but at a ridiculous price, of George Honey. Of the original Pyne and Harrison company. Should I ‘do’ him. Just check first and make sure someone else hasn’t. Eh? What? Here’s a nice little piece on him, with a picture of his grave. Someone who evidently isn’t a theatre specialist, rather a graveyard specialist, has nevertheless put together a well-researched piece. Perhaps I won’t ‘do’ George. But what is this? A tentative suggestion that he might have been connected to the well-known Mrs [Laura] Honey? Oh no, that can’t be. 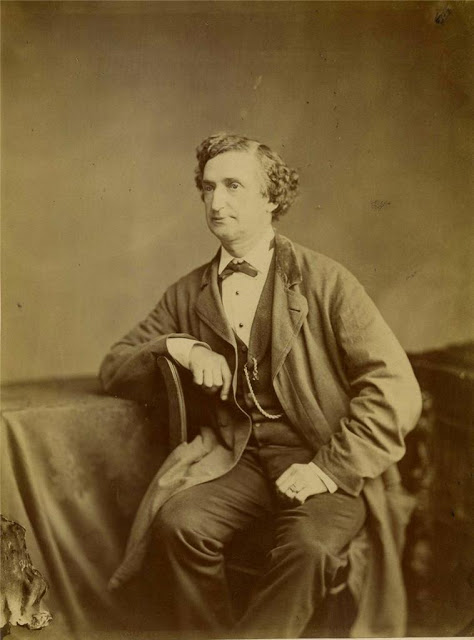 So that was me hooked. And I’ve wound in and out of the Honeys all day. Firstly, blow me down, Mrs Laura Honey is in the Dictionary of National Biography. Well, OK. The more the merrier. And she got quite a detailed obituary in a couple of papers when – like James Dean and Marilyn Monroe – she died young, at about 26 years of age. Put the one with the other and that means, yes! She has a Wikipedia article. Well, there isn’t a heck of a lot of room, in 26 years, to go wrong, but … here’s my version.

We start with a Hampshire shoemaker, by name Frederick Bell, who had a little daughter whom he christened Anne. She was a pretty little Anne, and she sang delightfully, and in her early teens she began singing in public. The biogs say the first occasion was at Gosport in 1814, but the first sighting I have made is, a little later, at a Benefit for one legged man who had broken his other leg … ‘Miss Bell sung several airs in a most inimitable manner, and was warmly and deservedly applauded’. By 1817, I spot her singing Julia Mannering (‘sung her songs in a style that gave great satisfaction’) at Southampton’s Theatre Royal. However, Miss Bell’s venture into the big world was fraught with peril, and on 6 December of 1816 or 1817 (the articles don’t agree, and I have no evidence) she gave birth to a little Lauretta Martha Rosier Bell.

I can only assume that ‘Rosier’ was the father, unless she was conceived behind a rose bush. Fast forward a bit. 28 November 1823 Anne Bell got legal. She married one John Young 'artist', and produced some legitimate children. I spot only a John William (6 March 1831) and a Fanny (1834), before Mr Young evidently clocked out. And by which time teenaged Laura was a married woman and well-and-truly established as a delightful singing soubrette on the London stage.

Laura had married, 13 October 1831, a lad around town by name William Honey. The two had a daughter, after which Mr Honey went boating on the Thames on the 8-ton Lady Emma. The boat tipped over, off Lambeth Palace, and most on board were drowned. Including William. 17 July 1836, Laura was a widow. 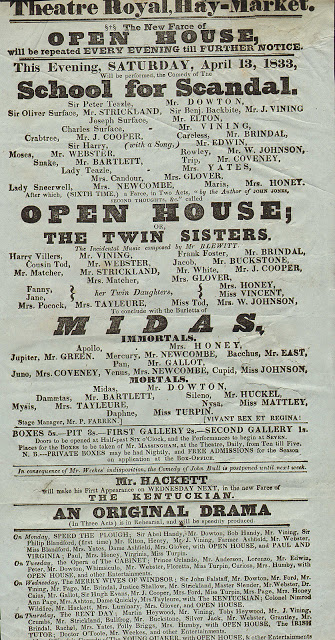 She was also a favourite actress. But I’m not going to detail her career. She was simply another beautiful girl, with a good voice, and winning ways, who – I am convinced – owes her enduring ‘fame’ to her early death. And a certain etching … 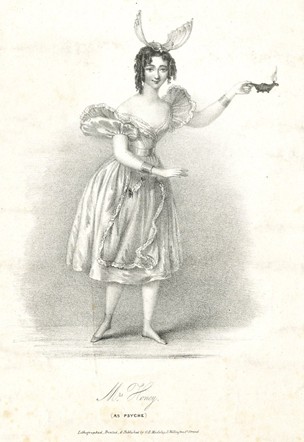 Laura got herself another man. A gentleman this time. His name was Ernest Gaston, he was ‘independent’, he wrote, apparently decidedly tuneful, songs from time to time (some heard in the London theatres), and he gave Laura another child. I think. And here’s a puzzle… 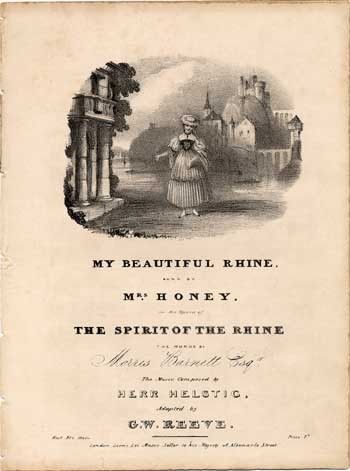 Laura died in 1843. Mr Gaston survived her. And so did her two children. Her will -- yes, at 26, she made a will, three months before her death? don’t tell me that she didn’t know she was, for some reason, doomed – nominates Gaston as guardian of her children, Laura (legitimately born 26 May 1834) and ?Ada. Mr Gaston in the 1851 census is looking after just ‘Anne, born Jersey, aged 10’.

But mother! Mrs Young is still going strong! In 1840 she is acting and singing at the Grecian, and on the bill is a fairly lowly tenor, by name Tom Woollidge. I wonder if he’s the same person as the Tom Newman, with whom she is living in the 1841 census. Anyway, she married the man. And as Mrs Woollidge she would remain, through her long career, until she was laid low by a stroke, after nearly half a century on the stage, in 1861 (22 February)0. 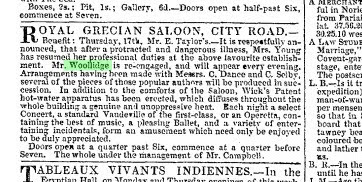 End of story. Oh no.

(1) Fanny Young. Mrs Honey’s legitimate younger sister. Fanny also made something of a theatrical career, and played for a bit in London. But she made her home in Bristol, and worked largely in the Bath and Bristol theatres, up till her death, aged 29 (39 Queens Square, Bristol 8 March 1860).

(2) Laura Dalton Honey (b 26 May 1834). Yes, I’m curious about that ‘Dalton’. Laura’s legitimate daughter by William? It appears not. Anyway, she, too, went on the stage. The name must have helped. She did all right in Britain, before she married a certain Mr Samuel Wentworth Stevenson. And went west. (He promptly died). Well … there’s an article on the web under ‘Canada’s Early Women Writers’ from Simon Fraser University, which purports to tell the story of ‘Laura Agnes Stevenson’. Canada? Why Canada? Is it for real? Is it mixing up, partly, one Laura with another? Her latter day Californian career is rather … well, she WOULD write … anyway, she died 25 December 1884, officially as Mrs [John] Henry Church. She left two sons, by Mr Church: Arthur and Thomas ...

PS, yes, there were other ‘Laura Honey’s. It was a buzzword name. See the one (Mrs Fred Caddick) who sang on the English music halls, played with the Gaiety Theatre company in Australia, and mothered singers Sara Beryl and Leila Roze …

(3) Actress ‘Marie Dalton’. CLOSE relation to Mrs Woollidge ... presumably not legitimately, or … but why did Laura jr have Dalton for her middle name? Well, it appears that there is a man at the bottom of it. One David Dalton Kennedy. And Laura jr wasn't the daughter of Mr Honey. I wonder who knew that. But who is Marie Dalton, attached to the previous generation. Honestly, what a family..

And I have spent a whole day on THIS?

Well, here it is, for what it is worth. But if you want to put ‘Mrs Honey’ into a book or on to a webpage, these are the facts as I know them …

Oh, and here is another nice photo of George, who got me into all this ... apparently in The Duke's Motto (1863) .. but given the grimly melodramatic nature of that adaptation of Le Bossu, and the fact that George was appearing at the Strand when it was produced, it may more likely be in the burlesque version which followed. 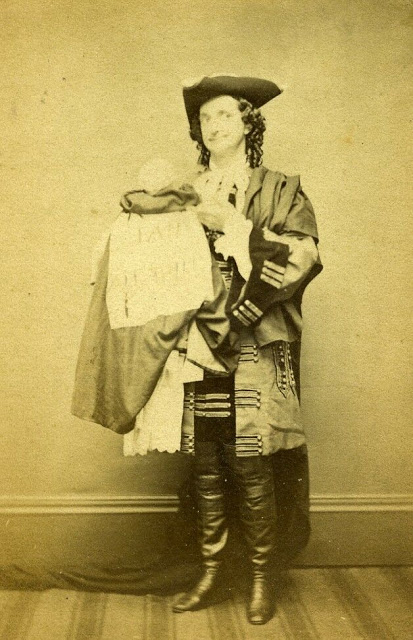 Posted by GEROLSTEIN at 3:23 PM