.
Yes, my desktop is getting cluttered again. So it's time for a bit of a sweep ...  I seem to have collected a good few bits and pieces of opéra-bouffe material, so I'll make a little gallery out of them.

La Grande-Duchesse first, of course. This is an interesting sketch of the Act 2 Finale, made at the New York Théâtre Français, showing, I imagine, the original American Duchess, Lucille Tostée, as she conspires with 'interested parties' to make away with the unresponsive soldier, Fritz. It also shows the kind of eccentric staging from which opéra-bouffe profited in its early days, as compared with 'operatic' stagings and performances which too often weigh such pieces down today. 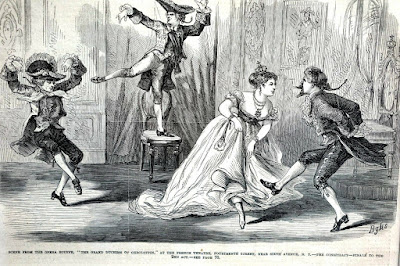 And here is a little bundle of American French Duchesses. Not, as you can see, dressed for the part! When James Fisk brought out an opéra-bouffe troupe from Paris, in 1870, to play at New York's Grand Opera House, he star-billed two established ladies: Léa Silly and Céline Montaland. They opened playing Méphisto and Marguerite, respectively, in Le Petit Faust ... but, less than a month into the run, they needed or got some reinforcement. Apparently, their deuxième chanteuses, Mlles Juliette Jousse, Suzanne Thal (a young artiste, who was given a try in several roles) and Julie Hache weren't seriously promotable, so ...

It came to the time for La Grande-Duchesse, and both ladies wanted that role. Neither of them was exactly a Wanda! Mlle Thal was given the part, but it was time for a third prima donna. It was to be Elise Persini. She, firstly, took over some performances of the role of Marguerite ... but she also took a turn at the Duchess! And when Les Brigands was staged, she was Fragoletto, when La Belle Hélène went on, she took Silly's famously original rôle of Orestes, in Les Géorgiennes she was Nani ...

So, who was Mlle Persini? Damned if I know. She had turned up in Paris a couple of years earlier, said to be 'from Buenos Aires and Montevideo', and had charmed the audiences at the Fantaisies-Parisiennes (La Fête du village voisin, Gilles ravisseur, Une folie à Rome) and then at the Athénée (Les deux billets, Calonice), and next thing she was back in America, rubbing shoulder-pads with the stars of the opéra-bouffe. She also, allegedly married the company's conductor, Edouard Brunel, and for the next few years worked as Mme Persini-Brunel. But that work was not just in opéra-bouffe. She was a much-loved leading lady at Liège for two years, singing Gilda, Marguerite de Valois, Lucia di Lammermoor ... but also Mademoiselle Lange ... then moved on to Egypt ... and, just when I thought I'd lost her, in 1886 she turns up at the Opéra-Comique. In 1894, I see her billed for the role of Dalila at the Teatro dal Verme ... 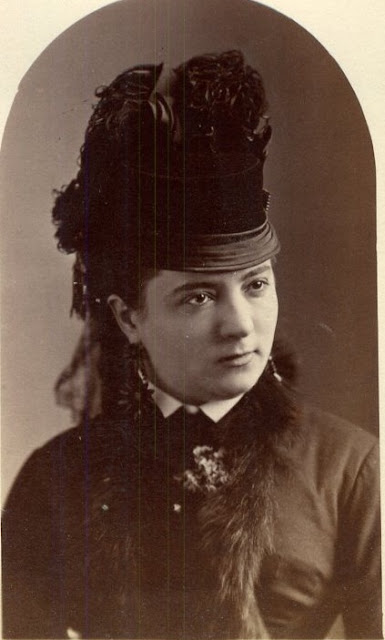 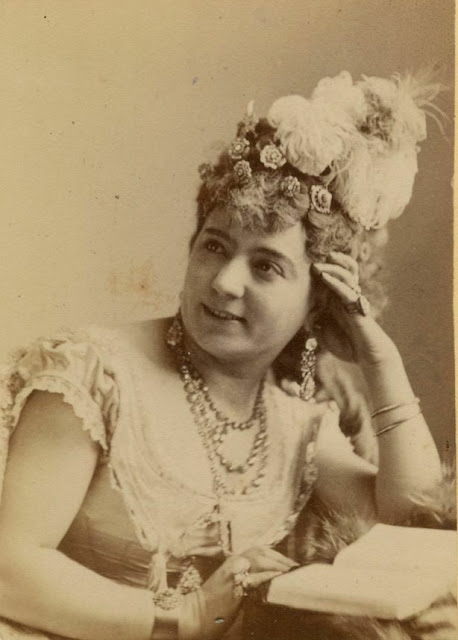 And, of course,  no tally of Framerican Duchesses would be complete without little Marie Aimée whose story I have told so often ... 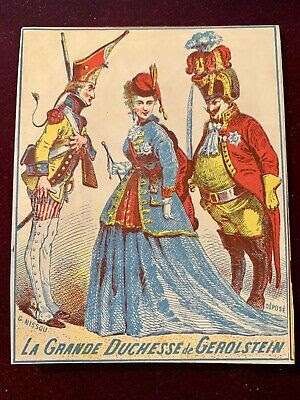 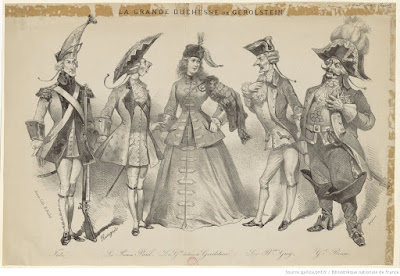 Change of direction.  I liked this picture of the famous 'fly duet' from Orphée aux enfers ... it's from the 1874 Paris revival ... Jeanne Granier as Eurydice and the great Vauthier as Jupiter ...  and, now, I find that there's a whole set of photos from this production in the BNF ... along with the costume designs from 1858! 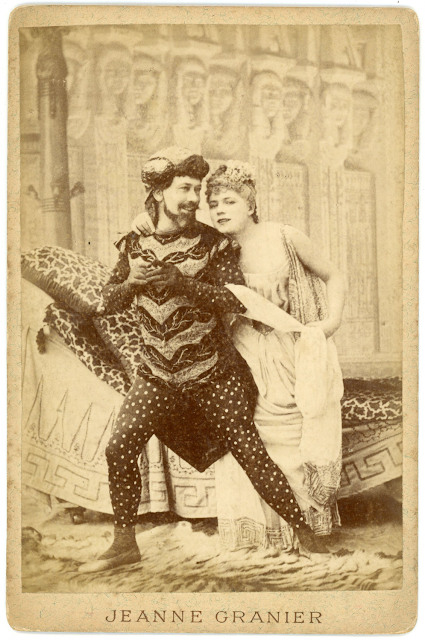 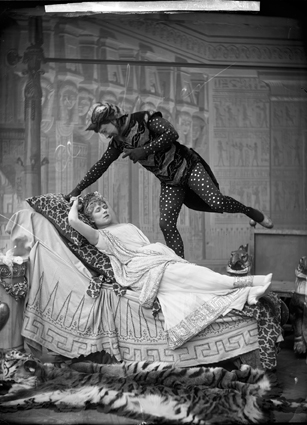 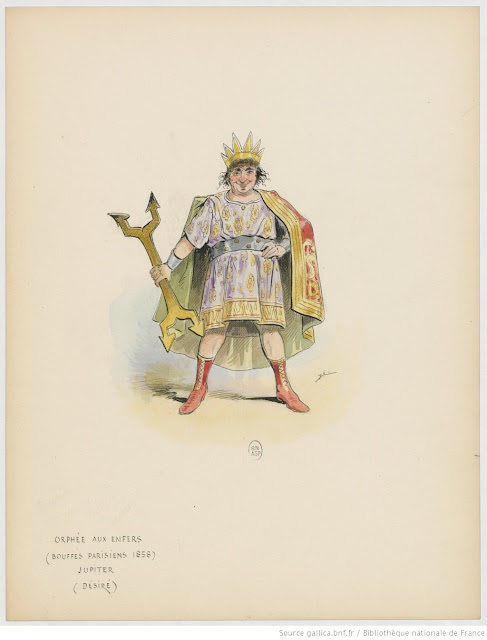 A more modern version. From the Opéra-Comique. I do wish that Offenbach could have known that his 'off-off-Place-Favart' show had finally made it there a century on ..

And here's one more Offenbachian lady. This is Mdlle Gabrielle. I was looking for a photo of this artiste a while back when I was putting together a little piece on the Wives of the original Barbe-Bleue. Now, that article and its notes and pictures have gone the way of all sodden computers, but I've found this delightful picture of Gabrielle ... 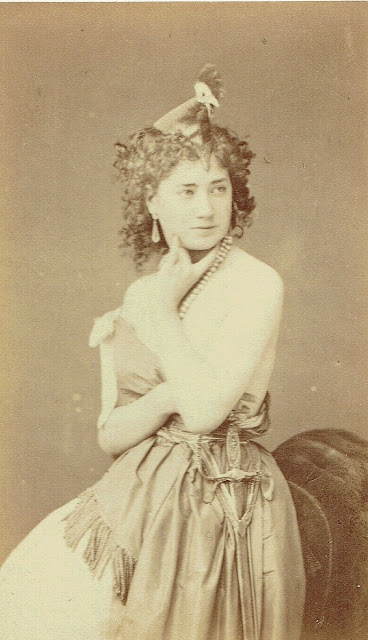 There were an awful lot of Mlle Gabrielles over the years, but assuredly this is the one who created parts in Barbe-bleue (Isaure) and La Belle Hélène (Loena). But why? why is she wearing a sword, and sporting a chicken on her head?

PS.  Oh! Poor Suzanne Thal! After a respectable career in France (Château d'Eau), Belgium and America, in 1887 she fell, on stage, in Bucharest and broke both legs ...

Posted by GEROLSTEIN at 6:02 PM