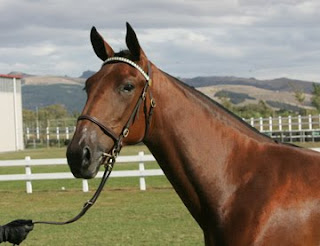 The story of my lovely Lena – ‘Elena de Gerolstein’ – the Falcon Seelster-Ester Bromac filly I bought at the yearling sales more than three years ago, has become a saga. She has had more false starts than an ancient tractor in her attempts to make it to the race-track and to become a racehorse. But now, at last, following her grisly operation for what ailed her all along, she is nearly there.
Last weekend, she was taken to the Rangiora workouts for her first appearance on any track as a now unhandicapped horse. In order to give her some idea as to what this business is all about, she was sent round in the 2000 metres Learners’ heat, and she duly led the field home in comfortable style, with respectable 60 and twenty-nine second quarters as her final splits.
So this week she was taken up a notch, and set to run over 2600 metres, in the regular heat for as yet unqualified horses. In spite of running greenly – for although she is five she knows next to nothing about the racing game – she turned up trumps again, taking the lead at the home turn and finishing off in 59.8 and 28.6 at the head of the field.
One more step to go.
All being well, on Wednesday she will go back to Rangiora for the official qualifying trials, and hopefully, at the end of the day, and in time for my return to New Zeaand soil, Elena will be, at last, a racehorse! 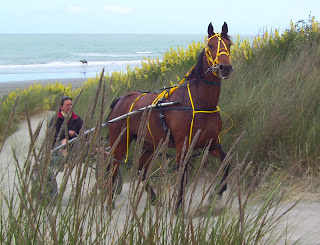