People of the Past: Cordelia and Horace

Too hot!  Can't work on the book. Do the eight year-old swimming-togs still fit? Just. Ice-cold pool just outside my door .. dare I?

I dared. In 32 degrees it is quite a shock to the system. But it woke me up. So I'll just sail the rest of the day away, playing a little history ... 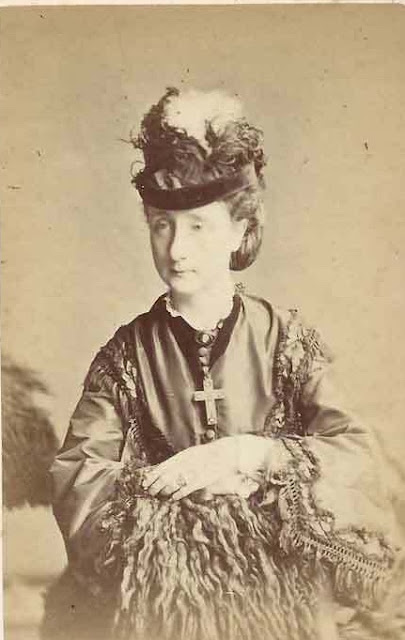 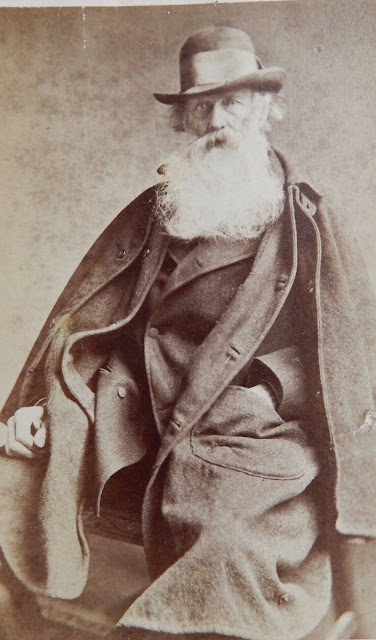 Well, I've done it again. Back amongst the vaguely aristocratic or gentry, the Reverends and the armed forces ... but not wholly.

Well, I know nothing of Mr Holding. But one turns up in Windsor a few months later. And then nothing. 1841, 1851 ... where are they? Then in 1861, Cordelia turns up in the census. A 'visitor' 'fundholder' in the home (46 Baker Street) of Miss Mary A Browne, who runs to a cook, a housemaid, a ladies maid and a footman. The housemaid is named Ellen Hannaford (41) from Strutt in Devon.

I guess Mary Ann died before the next census. Because in 1871 Ellen is living at 2 Queen's Terrace, Windsor, still a fundholder, still single, with two servants. One of them is Ellen Hannaford. And in 1881 the two Ellens are still at Queen's Terrace. But there is an extra member in the family. Cordelia Ellen, aged 40, has taken to herself a husband (3 September 1873). Commander Annesley Turner Denham, RN (retired) FRAS. He was a couple of years younger (b 4 May 1835) than her spritely self, so Ellen hereafter lost a few years. I don't know what he had commanded, but anyway he was clearly home from the sea and looking for a comfy wife for his pensioned days. The size of that cross around Ellen neck worries me ...

Anyway, they had a 'honeymoon' at Southsea's Tillington House, and a quarter of a century of married life together ... Sailorboy became a gent round the Windsor area ... at some stage it seems they lost the faithful Ellen H ... and they seem to have little defrayed the chronicle until his death, 27 June 1899.  He left L824.  Sailing on half-pay evidently don't pay. Even when you get invited to the Queen's levée!

The gent is Horace [Edward] HAMOND. Born in Great Massingham, Norfolk 2 January 1808, a son of the Reverend Horace Hamond, chaplain to the Prince of Wales regiment of Light Dragoons, rector of Great Massingham, 'of Charlotte Street, London', scion of a race of DDs, distantly related to the Earl of Ordford, Robert Walopole etc etc, and Frances Clifton of Prestwold, Leics, of titled descent. His sisters Fanny and Jane (later the Marchea Bocella, d 20 May 1888) got themselves painted by Thomas Lawrence 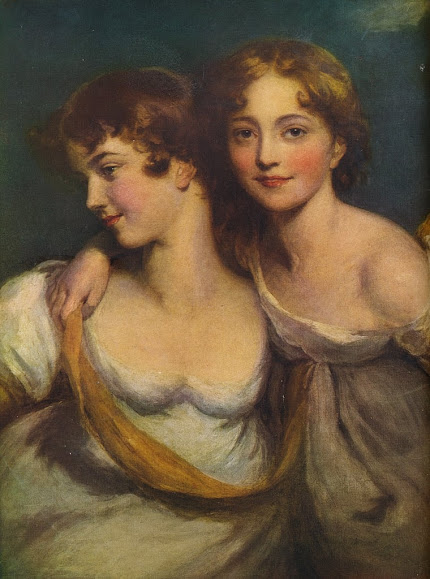 Horace apparently started his working life in the 1st Life Guards. He married Alicia Maria [Corisande] Bedford (1834), fathered a son, Ernest Augustus William  (5 September 1835) and a daughter, Frances Louisa (16 January 1837) and then headed for central Europe where his two following daughters, Alicia Mary (27 September 1838) and Frederica Louise Mathilde (17 October 1841) were born. In Germany, in 1838, he became Flügel-Adjudant 'Rittmeister extraordinair' to Ernest, King of Hannover. When the King of Hannover got into difficulties, and was deposed, Horace ('Knight of the Hannoverian Order of Guelph) returned to Britain in 1852 where he was named British Consul to Cherbourg, a job which seemed to entail largely keeping a watch on 'enemy' shipping and representing the Empire at dinners and other public functions. I notice that he came to the defence of the unthroned King Ernest in the British press.

Son Ernest didn't go back to England. He headed for the goldfields of Australia in 1852 and married, bred (2 daughters), deserted his family, and died (16 February 1883) in Melbourne. Daughter Alicia married Dr William Stewart Falls, who settled in Bournemouth, and had three children, Frederica ('Frida') married one Paul Carl Wilhelm Petersen, had four children, and died at Ülzen 22 May 1882. Frances also returned to Bournemouth, where she died 11 July 1877.

Horace also retrenched to the family nest at Bournemouth where he died at Marden Ash 8 February 1876.  His widow apparently returned to Germany, where she died 27 March 1882.

Posted by GEROLSTEIN at 5:40 PM