Once upon a time, not so very long ago a young lady radio or TV 'interviewer' asked me 'what was my favourite musical?'. She was clearly expecting me to reply Les Misérables or The Phantom of the Opéra. I was mean. I told the truth.  La Fille de Madame Angot, I said. 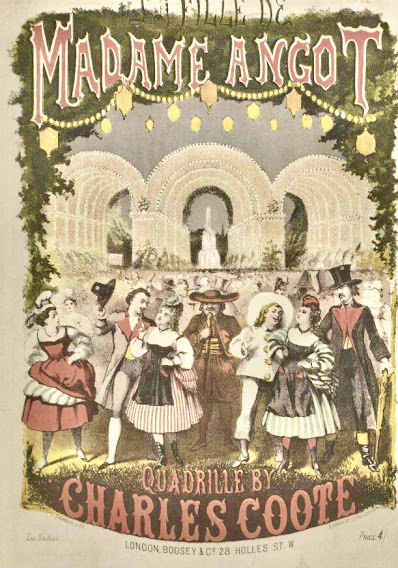 I have, alas, never seen it on stage. And then it probably wouldn't live up to the dream production with Desclauzas or Soldene as Lange that has lived half a century in my mind. But, suffice it to say that this 'opéra-comique' has a big place in my musical heart.

Here's what I wrote about it in my Musical Theatre on Record:

'La Fille de Madame Angot is not one of those works that merely throws up two or three popular pieces from a score that is otherwise just pleasant. It is a finely constructed series of comedy, drama and musical pieces, solos and ensembles, in which every scene is dramatically substantial and every musical section both significant and delightful' before going on to find, of the recordings then available 'all the virtues don't find themselves on the same recording' and opting for the Pathé selections recording with Solange Michel, Michel Dens and a wonderful Clairette in Lina Dachary. 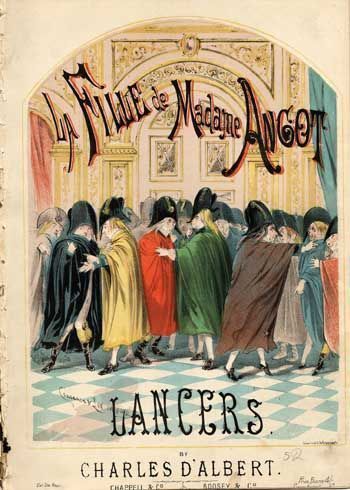 Well, before I go any further with my niceties and niggles, I am straight away going to say that this new recording is now the standard reference. 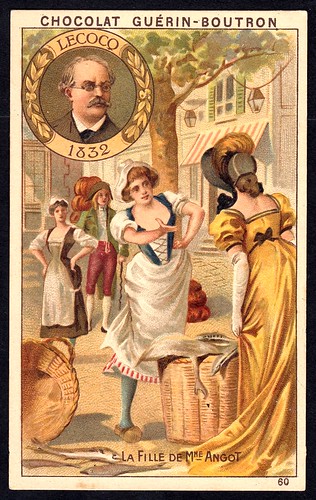 You're expecting me to go straight to the singers, ar'n't you?  I usually do. No. My biggest bouquet goes the conductor, Sébastien Rouland, who kept the whole thing so vivacious and up-tempo from the first notes of the delicious overture, through some magnificent finales, to the hilarious end. Tempi perfect throughout. Orchestra with a perfectly 'under-sized', theatre sound, and chorus .. well, they were a bit 'beautiful' in the opening scenes, but they got more oomph very quickly.

Ideal framework for an ideal performance?  Well, everyone has their preferences as to singers and performances. And I only knew (ie had seen, live) one of the artists in this cast. But, by and large, in my opinion ... the whole work is excellently and knowledgeably cast.

Two performances are the equal of those of any of the stars of the past who have recorded this musical.

Firstly, Artavazd Sargsyan as a simply wonderful Pomponnet. A delightful French-style tenorino, with just the right amount of character and humour. Definitely a Charles Burles for the 21st century. I hope we get to hear much more of him in the opéra-bouffe and opéra-comique repertoire.

The other triumph is the Clairette of Anne-Catherine Gillet. Once again, an absolute perfect encapsulation of the role and its music, from the sweet but never soppy 'Je vous dois tout' to the sparks of the Chanson Politique and 'Vous aviez fait de la dépense' and the ultimate catfight of the Quarrelling Duet, she hits every mood and moment dead right. And the voice simply sparkles.

Ange Pitou, here, is a tenor. Fine. Either tenor or baritone is OK. Baritone gives a little more contrast with Pomponnet. Baritenor is probably a good compromise. But the original, Mario Widmer,

was a tenor, so ...    Mathias Vidal is extremely effective in the role, especially when inter-acting with the other characters. I particularly liked his duet with Larivaudière (Matthieu Lécroart). Good tenors with the ability to play comedy are a rare commodity. There's one in France!

This is the place to say that the entire company gave their spoken lines with ice clear diction, one and all. Even though I (in lockdown) had to listen merely on the speakers of my computer, I didn't miss a line of dialogue.

In fact, the fourth principal of the cast, Véronique Gens (Lange) was so good in the acting bits that she, there, almost outshone a slightly uneven singing performance. Mdlle Gens I had seen before. 20 April 2013, as Agathe in a perfectly awful Der Freischütz at the Berlin Staatsoper. I then noted '[she] produced some beautiful gentle sounds, but ... also sang shiveringly out of tune'. Here, she was on a very, very much better day. She was at her best in the Quarrelling Duet and in such lively and characterful parts of the score as [the original] 'Raisonnons politique' (one of the crowning highlights of the disc). Somehow, the glorious Act II finale, swirling and rhythmique, didn't quite grab me as it usually does. Maybe too 'polite', too 'sung'.

Let's just say that there are other Lange performances I have preferred. Some, in fact, too dominating, in what is, after all, a romantic triangle. And I think I do prefer a mezzo Lange -- a Suzanne Lafaye or a Solange Michel --, even though I know Desclauzas was (well, started off as), a soprano.

All the other players were à la hauteur of the occasion, notably a very fine Matthieu Lécroart as Larivaudière, in his thoroughly sung comic duets with Pitou and Pomponnet, and of course Flannan Obé in the traditionally scene-stealing role of Trénitz.

I had forgotten that Amaranthe appeared quite so much in the course of the score, but what I have not forgotten is the performance of Mathilde Casadesus (on the Phillips selection) in the part. Ingrid Perruche sang the role nicely, and made an effort at the lustiness, but I missed the 'couilles' of Casadesus.

All in all, as I said: if not 'perfect' (but what is?), then pretty damned near!  And it will be on the front of my shelf as my Angot of reference from now on.  I am already playing it for the fifth time in three days ...

Yes, it's still my favourite musical .. 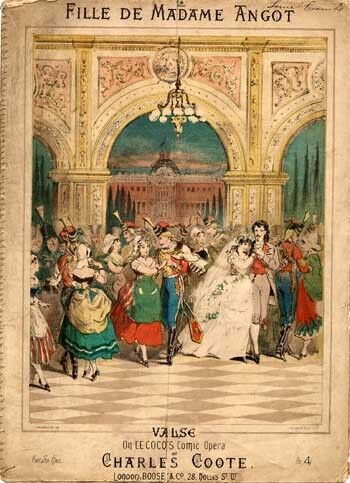 Posted by GEROLSTEIN at 4:39 PM

Wonderful!!
I don’t know this work at all!
Will have to buy this after your compelling review!