I'm still in Devonshire! Another bit of (someone's) family teckery!

Lockdown. Paused in the research/writing of the book after the book after next, waiting for My Editor to read and digest stuff. So ... why not stay where the cream and cider comes from. Another day in Devonshire.

I don't usually investigate kiddie photos, unless they're part of a family lot.  But this forlorn or very serious chap grabbed me 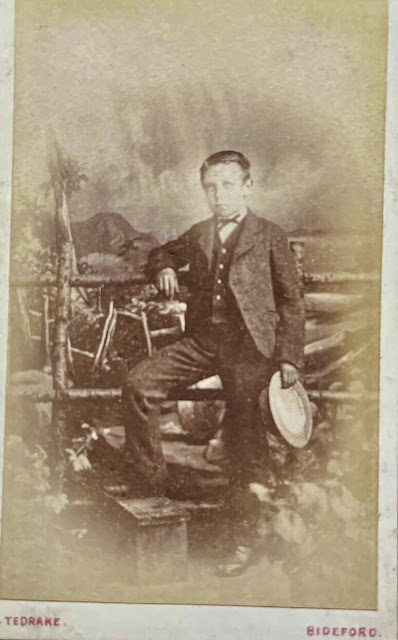 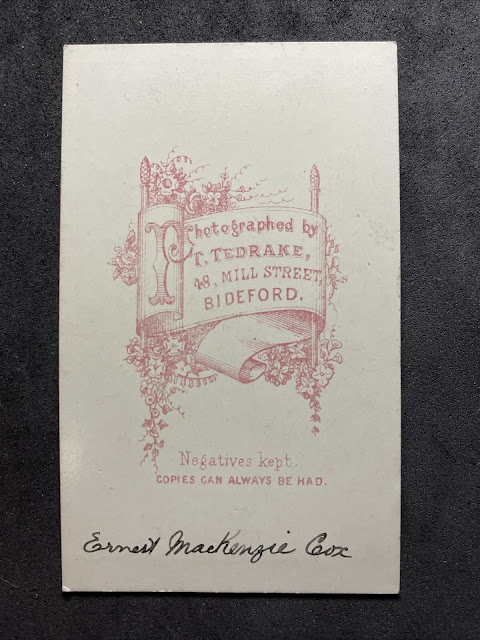 What  would you say?  About ten years old. In that case, 'forlorn'. If, later, even more forlorn. Because ...

Well, here beginneth the story that I have exhumed ...

Once upon a time, a carpenter and shipbuilder named George Cox was born (x 8 November 1809) and lived in Bridport, Dorset.  He was the son of John Cox (shipbuilder) and his wife Susannah, and I see he had a brother Elias (b Bridport 27 July 1821; d West Bay, Bridport, 1 March 1896) who became big in the same business ('employing 53 men...), and it appears mulitiple other siblings.  I see Elias sailling his ship Ellen in the Bridport regatta of 1851 and in 1863 lauching his brigantine Portia. In 1867 he was elected Mayor of Bridport. 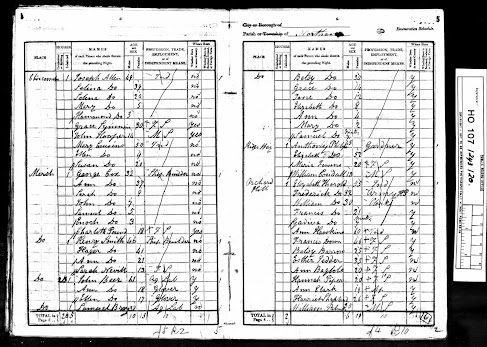 By 1851, by 1841 indeed, however George had left Bridport. He had married a lady named Ann from North Petherton, and their first child was born 'imbecile'. He can be seen in Marsh, Chircombe, Northam, Devon aged 32, a ship builder, with Ann, poor Sarah, John (7), Samuel (5) and Enoch (3). I don't know what happened to Samuel and Enoch, but it is John in whom we're interested. John followed in father's and grandfather's traces and became a shipbuilder. He and his father can be seen in Cleave Houses, Northam, in the 1861 census, building ships, making sails, making rope, saw-milling. Evidently quite a business.  I see they went bankrupt (tactically?) in 1867-8, but when George died 8 February 1877 he nevertheless left a tidy 2000 pounds in the hands of, not his son, but his wealthy brother in Bridport!

So, there is our young lad. After their mother's death, the boys were sent to boarding school at Great Torrington ...  and then, apparently, John died. But no one seems to have noticed. There he is, in 1878, doing his thing, and in January 1879 he is 'deceased'. Oh dear. John Cox died 19 January 1879, private patient in the County Asylum ...  that sounds like a stroke .. aged 45?.

The ironmongering Williams family seem to have taken on the responsibility of at least some of the children. Arthur joined the firm, until he went blind. Emily married a shipwright, Bertha became a draper's assistant before death at 29, George Henry 'marine draghtsman' died in Exeter Asylum aged 40. I suppose it was Reginald who added his name to Bertha's tombstone. 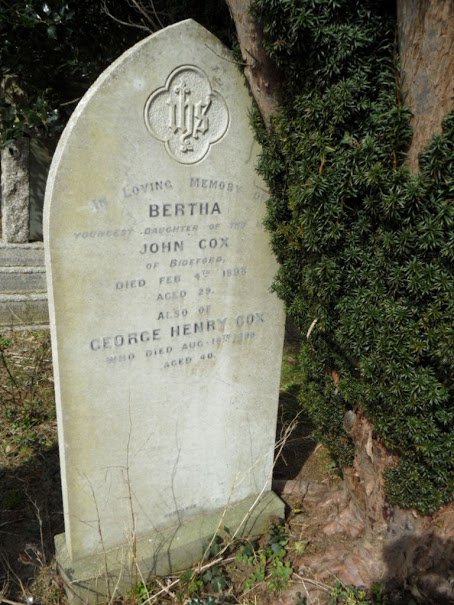 Of the sons, both Ernest and Reginald had comparatively normal lives. They went to sea. And to America. The got naturalised, even. They got married. But they came home from the sea and foreign parts.

Ernest seems to have married into the family. Twice. Firstly to Amy Elizabeth Williams (1868-1892) who seems to have  he died he won a little obit, so I'll simply print it here. 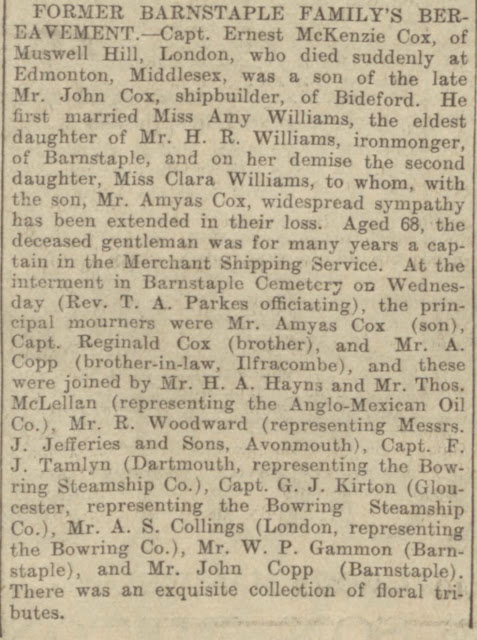 Amyas studied engineering, then became a photographer, married but seemingly bred not. So it seems that the Copp children of Ilfracombe are the only descendants of the once blooming Cox family of boatbuilders ...