Sampson without his heir ...

Arthur Bewick is my ebay vendor of the week. He's come up with another family ... the Sampsons of Northampton and London ...

This photo would seem to be our couple: 'Mr and Mrs Sampson'. 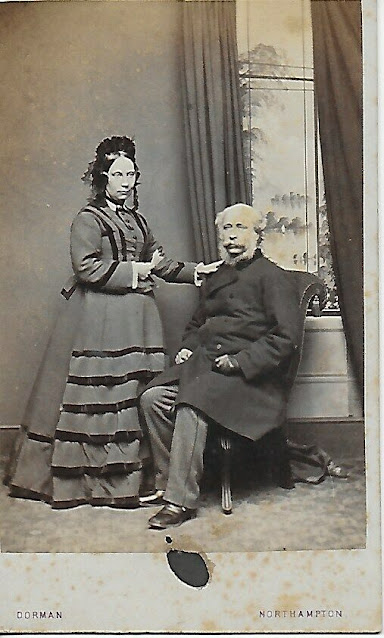 Thomas and Mary had eight children -- five daughters and three sons -- between 1851 and 1867. Two boys died as infants ... and one daughter and one son died in early adulthood ... 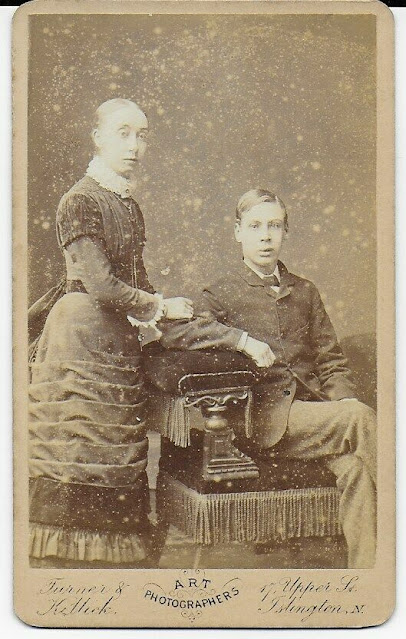 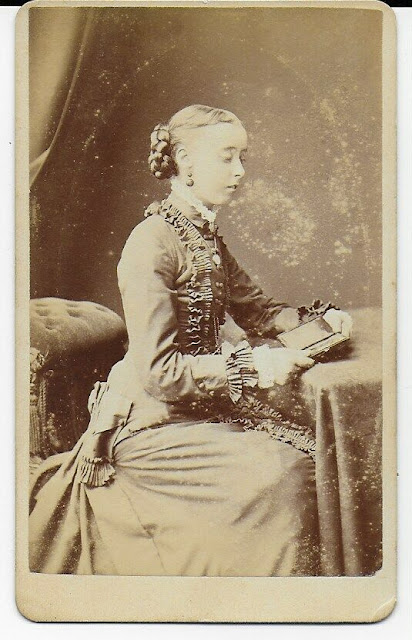 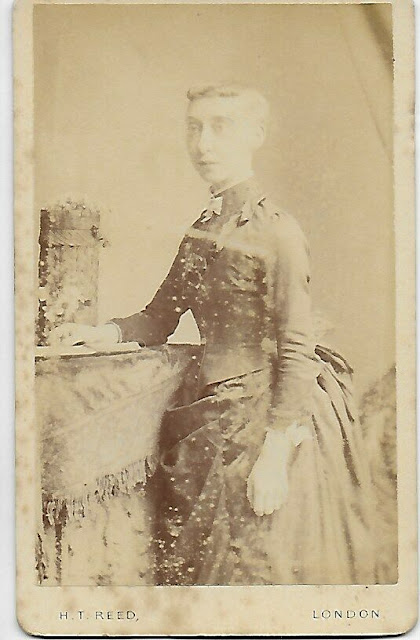 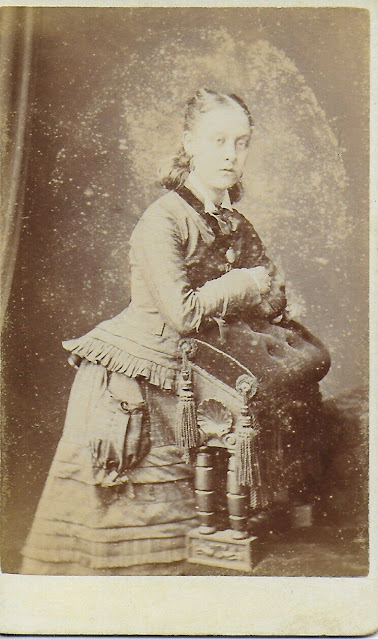 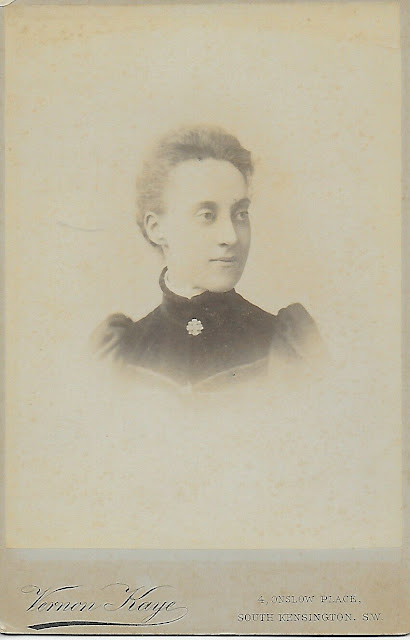 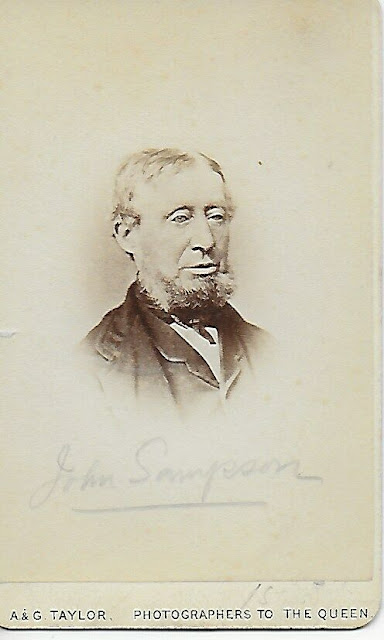 Could this be Thomas Newnham's father? He would have been pretty old by the invention of popular photography.
And then this lady ... Margaret Sampson married John Alderson .... 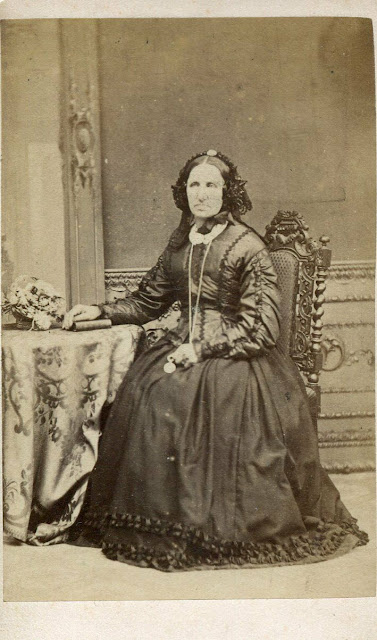 But I'm sure the back says Margaret SIMPSON. And John Alderson married Margaret Simpson in Yorkshire in 1829 ...    John worked in the coal mines.
This should have been easy, but the card's verso also mentions a Henry CALLARD. He married Elizabeth Alderston in 1858 ...
Well, there we are. I've done my best. Maybe some more photos will appear ... for the moment, I'm a bit unsure on this one ..
Why no Nicholls photos?