It's a beautiful day, and I should be in the garden, but over my first cuppa I browsed by this fine fellow .. 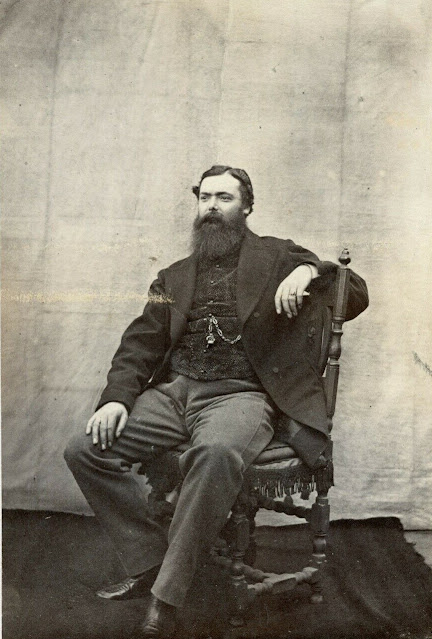 He wasn't photographed by a professional studio, so there's no 'maker's mark' on the picture, but the back has been inscribed in an annoyingly florid hand. 'Taken by William Ward, artist, Belgrave Road, [Balsall Heath], Birmingham ... 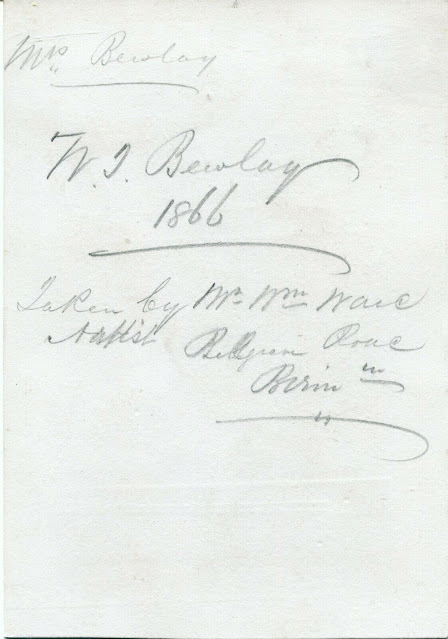 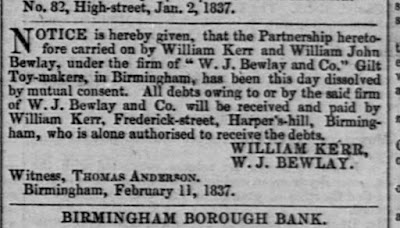 1843 he is secretary to All Saints' Sunday School at Nineveh, in 1844 his six year-old son, James, died at whcih time he was 'of Spring Hill', in 1884 he is still at it, advertising from Cape Hill a crop of 'magnum bonums' for sale.

William junior was seemingly one of five surviving offspring -- Sarah Ann, Eliza, Wallace and Hubert being his siblings -- born in 1832. He is listed in documents as 'clerk' or 'commercial traveller', but what he was was a member of the firm of Charles Ryland, 'iron merchant' then 'metal broker'. He married the boss's daughter, became a partner... 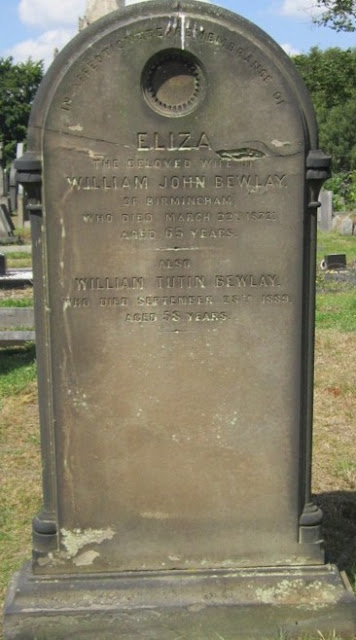 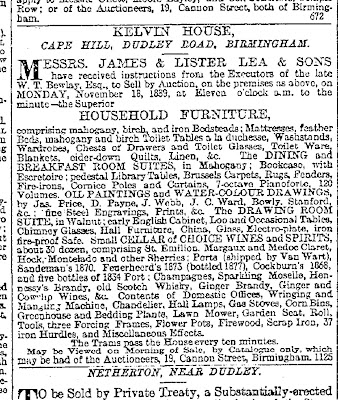 If William left no issue, brothers Wallace (1836-1916, Hubert Wallace, Annie Beatrice, Eliza Constance, Sydney Mather) and construction engineer Hubert (1842-1925, Hubert Rawson ka Harry) and sister Sarah Anne (Mrs Robert Nicholls 1828-1900, Robert William, Herbert William) did. I'm not sure about Eliza. So you would expect the family to be extant ...  ah, it is .... halloooo!

PS Thanks Gina Ambridge for deciphering the 'Belgrave'!

Posted by GEROLSTEIN at 6:12 PM