Ephemera from the fires of hell...

I don't shock or amaze easily. But when I saw this piece of 1917 New-Yorkish music sheet on ebay this morning I could scarce believe my eyes

1917. When America's youth were in Europe fighting alongside the British and the French to save civilisation as we knew it, and the songwriters of the day were turning out patriotic ditties by the ton .. 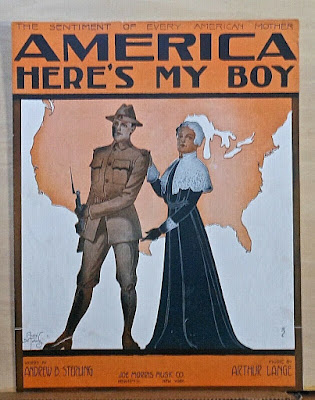 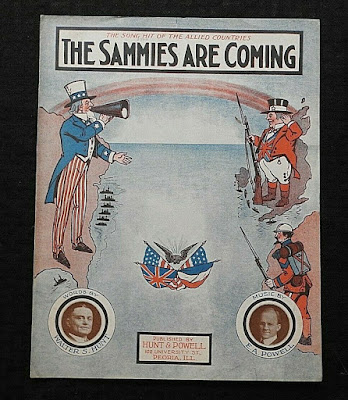 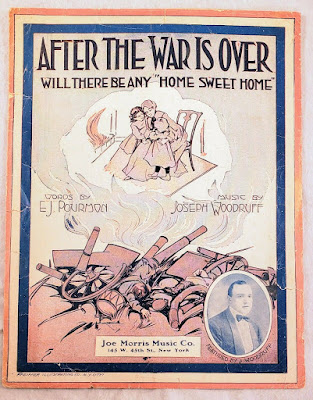 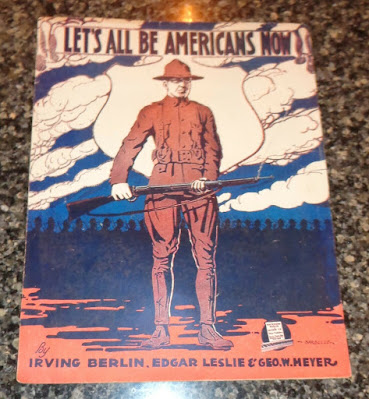 a 'working class' Polish Jew chose, instead, to indulge in that favourite American pastime of meddling in other countries' business, and published, under the banner of the Hebrew Music Company, this tirade ... 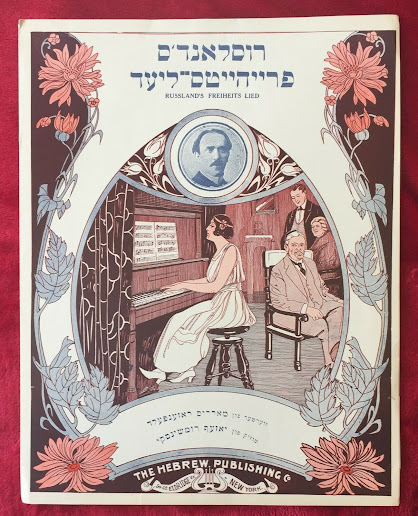 See the dreamy picture of the idealised Bolshevik yiddish lady, with her ancient Greek gown and her wedge-heeled shoes, as she plays piano in her middle-class drawing room, while middle-class mamoushka and papouschka look benignly on, and I suppose that's the boyfriend in the background. Are they supposed to be Russians? Jews? Americans? Or all three?

Dream on, Mr Morris Rosenfeld! Well, dream is all he had the time to do. Mr Rosenfeld, who became the trendy-drawing room-socialists' token yiddish poet of his time, didn't live to see the horrors that Russland's Freheit would bring, not least to the country's Jewish population. He died in 1923, aged 61. By which time, I imagine, he was no longer a presser in a sweat-shop .. but having his photo taken. Yes, that moustache woul have gone a bit limp in the ironing room! 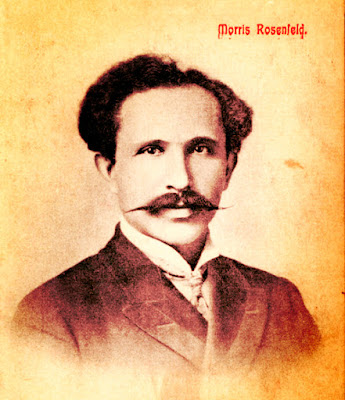 I guess there is a heap of ephemera in existence .. both hopeful and deliberatly deceptive ... from what history has shown to be 'the losing team'. From Perkin Warbeck to Oliver Cromwell to Marot to Barry Goldwater. But ephemera from the actual moment ... well, I find it particularly chilling.

E-bay has just e-mailed e-me. Offering me a 20% reduction on this lot. I should buy it, and donate it to the Black Museum ... but paypal won't let me join, so I can't.  Perhaps Arthur Scargill or Ken Livingston would like it ...  or the Grand Duchess Anastasia? ... after all, it is a fascinating piece of ephemera!

Posted by GEROLSTEIN at 7:31 PM