.
This is sweet. It is a book cover design. Intended for Ian's best-selling book Top of the Bill, a history of the London Palladium.

But it's the work of the wonderful Australian artist Loudon Sainthill 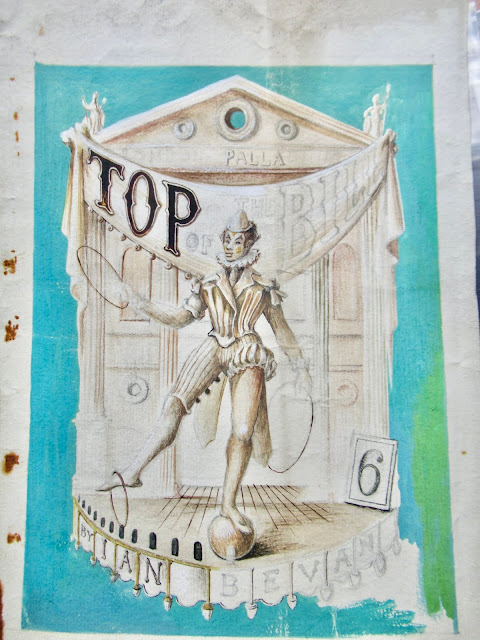 Alas, the publishers turned it down as being too elegant. So the sketch went into a folder, where I found it, sixty years and some on ...

It's on its way tomorrow to the Melbourne Performing Arts Museum ...

PS The Palladium played and important part in Ian's life. Some twenty years later, he auditioned a young singer for a show there. That singer became his life-partner. That singer was, of course, me.
Posted by GEROLSTEIN at 5:27 PM