This little bundle of family photographs recently surfaced from the stock of a French dealer. All except the last (which is slightly earlier) are the product of the firm of Clifford and Morris, Dunedin, NZ and can be dated to 1876-8, when the firm -- which was dissolved in 1880 -- was operating from an address in the newly-built Royal Arcade.  Most are unlabelled, but the first little lady was kind enough to scribble her name on the verso of the card: Miss Ada Nichols.  Ada Marion Nichols (b Launceston 30 December 1866; d from Hotel Mirabeau, Lausanne, Switzerland 30 October 1955) went 'home' to England and became Mrs/Lady/Dame Walter William Adrian McGeough Bond.

There were six Nichols sons and three daughters, the children of Charles Nichols and his wife, Mary, née Cowie, who circa 1877 ranged in age from 18 to three years of age ...

So, would I be right in thinking this is father? The story of Charles Nichols, originally the partner of the famous stock-agent Dalgety and a highly successful businessman, has been told at length at http://www.northerncemetery.org.nz/burial/571/bio . He was killed in a coach accident, in 1878 (21 May), in the Horses Range near Moeraki, so if these photos were all taken at the same time, we can narrow the dating even further 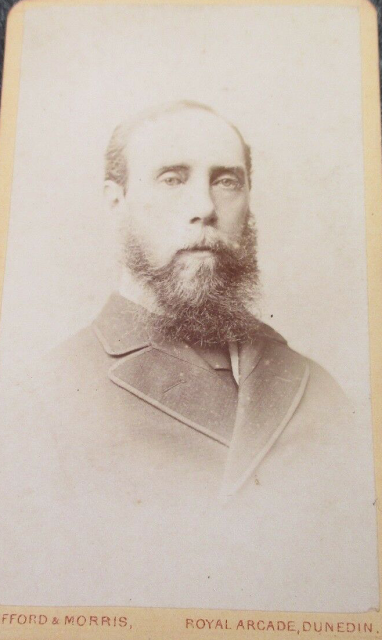 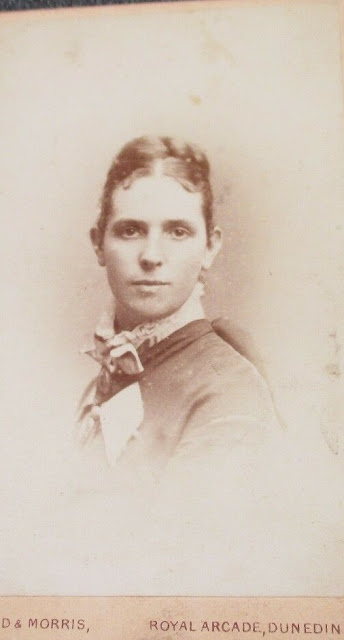 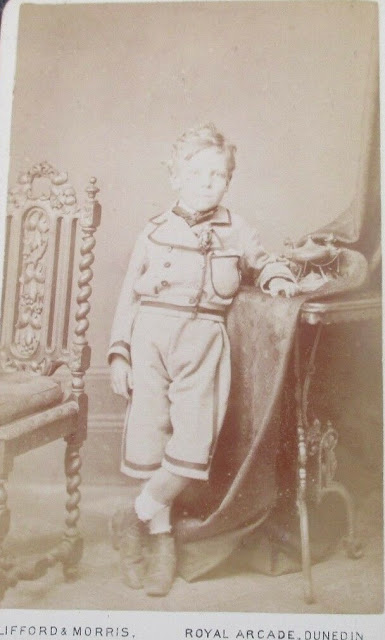 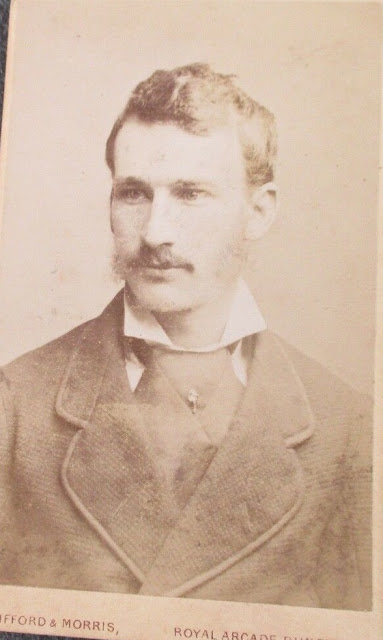 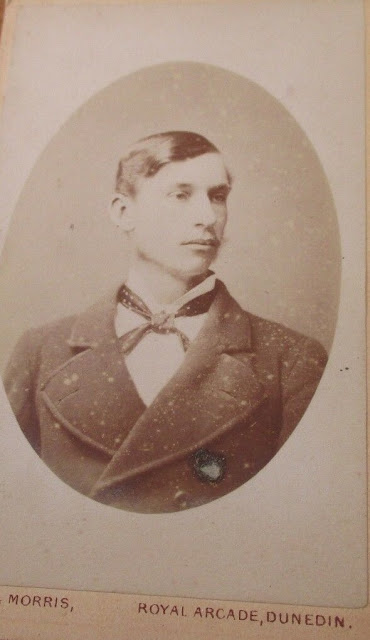 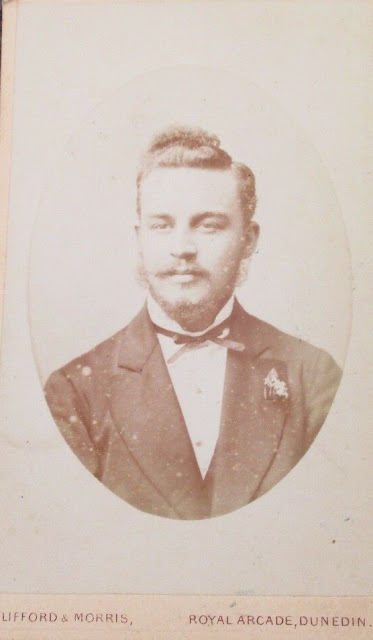 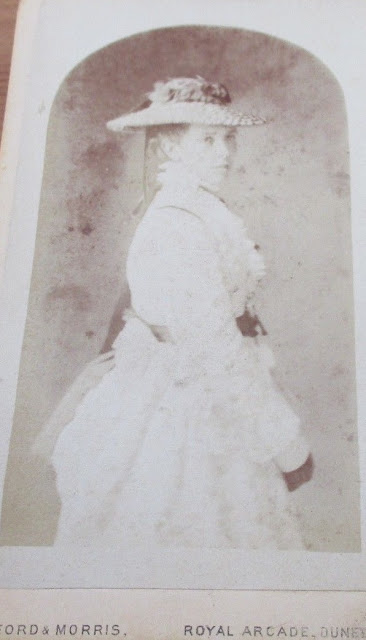 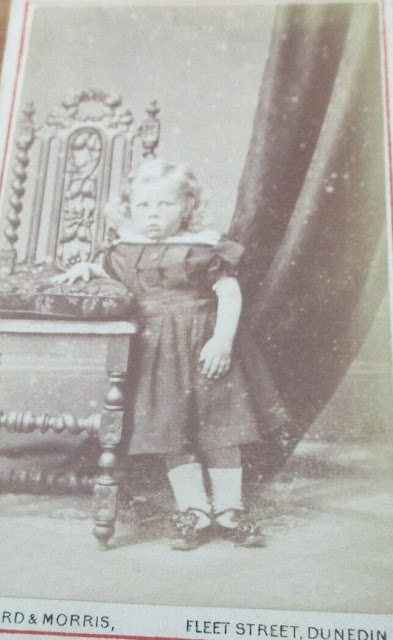 The Nichols family is commemorated largely round the Maheno area, where Cyril was largely responsible for the building of the local St Andrews Church. The list of plaques and windows in the church bear witness: 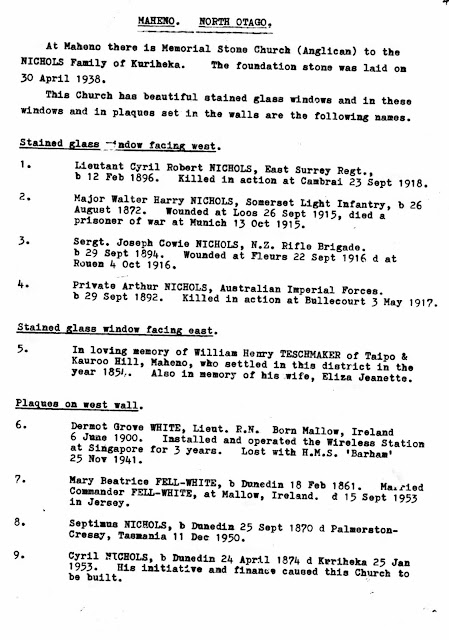 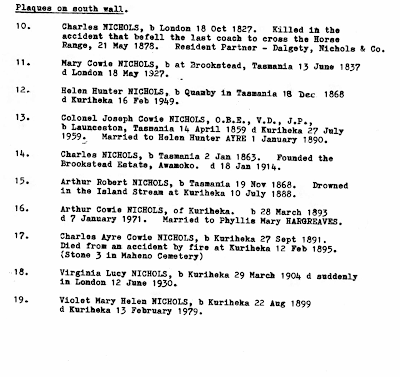 Well, I'm delighted to say that I have found my way to the still flourishing Nichols family of today .. maybe these portraits are well-known to them ... but maybe not ...   thanks Ada and Maude for putting your names on them! And ... well, I wonder how they ended up in an e-shop in France!


Post scriptum (one day later): it seemed odd that one son should be missing from from the family gallery ... so I dug a little more and found this photo ... its a bit later, taken after Clifford and Morris had gone each their own way (1880), but the family resemblace ...? 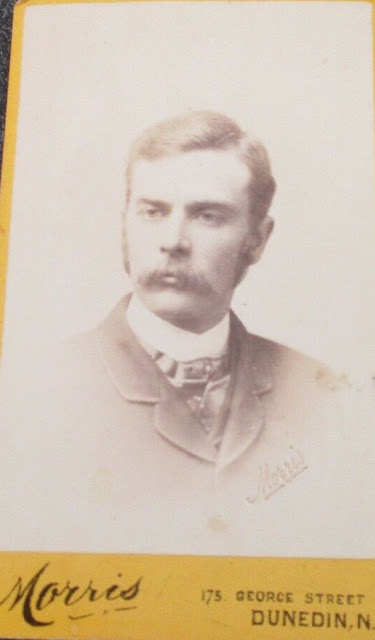 Posted by GEROLSTEIN at 5:50 PM