Trinkets that tell a tale ... or try to 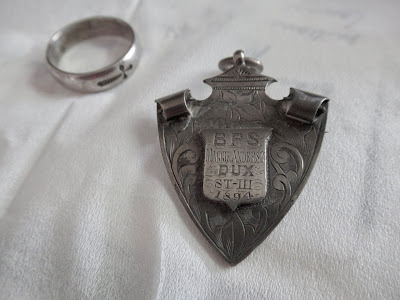 I don't think that they have any relation to each other. They've just shared a home for the last decades, as most occasional jewelry does ... 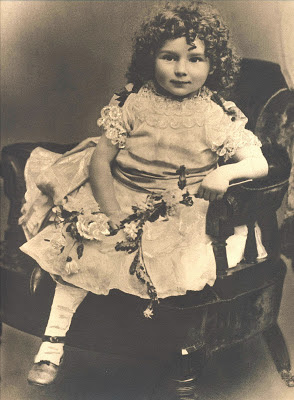 I know what the little shield is. Little Maggie Anderson was dux of Standard III at Blairgowrie Primary School in 1894. Such things meant something in those days, when children were encouraged to strive for excellence. Maggie must have worn it a bit, because two of the clips on the back have been replaced.

I wouldn't have thought that Blairgowrie (not the richest townlet in Scotland) junior school ran to silver for its wee ones ... but what are these marks on the back? 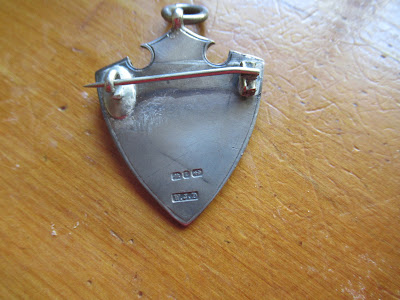 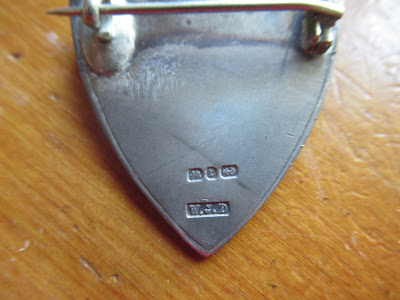 Something, small 't', sideways anchor .... W. something (&?) D.  Can someone with younger eyes and better knowledge translate?

And the ring? What is that? It's sterling silver, because it has 925 inside. Plus a code which looks like (TM) BSD. And this funny Damoclean insignia. Is it something Jewish? It's a nice solid wee ring, which fits my forefinger perfectly. But I've no idea from whence it came ... father? grandfather? ... not, I think from a long-gone lover, for I remember those rings. And the lovers that went with them. And I stopped wearing any kind of jewelry in my mid-20s. And I can't remember ever sporting  sterling silver! 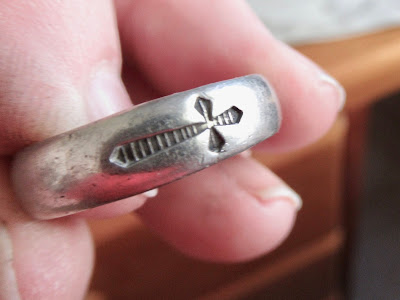 Ah, well. Oh cripes! Here is another! Funny looking thing, and much smaller. But it doesn't have the appearance of a ladies' ring. 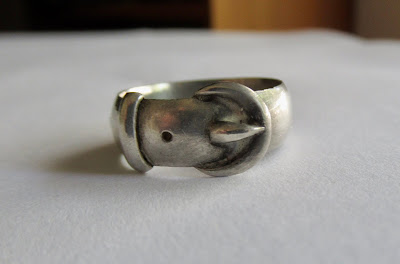 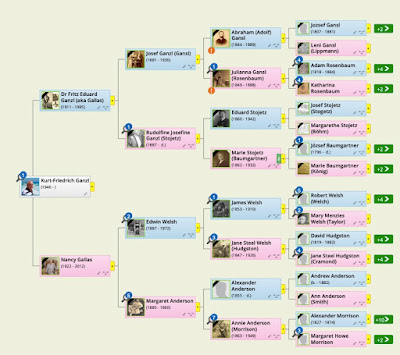 Ah ... now this one I DO remember. 'He gave me this charm for my chain...' as Cinderella's buxon sister sings in The Catch of the Season. Well, I didn't have a chain, but it was the thought that counted. He was a sweet, hopeless man of charm ... we met up, a decade later, in St Thomas, VI. He was no longer a TV idol, but a toupeed 40 year-old, I was 'married' to the beautiful Alison ... and on my way to being what he so wanted to be: a writer. Poor John, even then I could tell that he simply couldn't write to save himself ...  Almost 60 years on, I still have this ... and a very faded memory .. 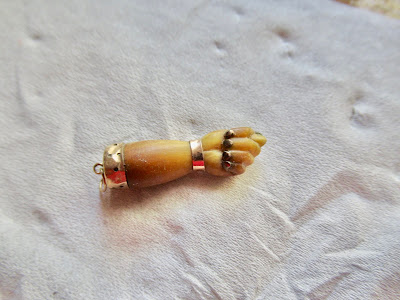 Now, I was looking for a book when all this came along ...


Postscriptum: I have learned a little about assay marks from my pals Allister and Solee over the past hours.  So, Grandma's pendant/brooch is Hallmarked Birmingham 1893. Maker uncertain (W&D?). The sword ring is modern. Made by a firm of sterling silver folk who only started trading in 1970. BSD = Bob Siemon Designs. Lord knows how it got on my shelf. Two down(ish), two to go.

Double postscriptum. St Thomas. Dear John and the toupee ... perhaps I should have let the memory fade and remembered him as he was when 32 .. and I seventeen ..  a decade or so earlier .. 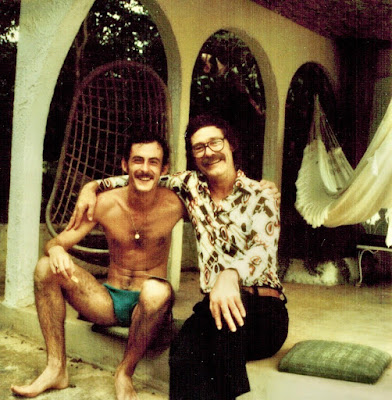