John Le Hay: a little of the man behind the comedian

.
Ever since I started writing books about music and theatre – forty years ago now – my mail box has welcomed a run of letters, asking for my help in identifying people’s mysterious or mythologized relations. I have always done my best to help, although queries of the kind ‘my great-aunt was in the chorus of The Dancing Years, I don’t know by what name, can you find her?’ are a bit hopeless. In other cases, I have been thrilled to chase a mystery to its end for someone. When I published the contents of a Gaiety girl’s scrapbook, on this blog, before gifting the book itself to Harvard, what was my surprise to promptly hear from her family! With extra bits of gossip. Since this IS a blog, and not a published book, I was able to go back and tack those bits in!

This week, I heard from the direct descendant of one of the 100 artists whom I biographized in Victorian Vocalists. I had some things that he hadn’t known, and he had a mystery-solver that I hadn’t sorted out. Alas, that one is published and printed, so I can’t get J W Turner’s period of moonlighting under another performance name in. 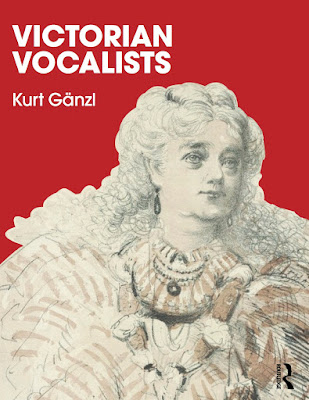 My other query this week was of a different sort. I have investigated many players’ ‘unknown’ identities, with more success than not. But I haven’t really tackled the ones that ‘everybody knows about’. The straightforward, successful types. I mean, no treasure-hunt, no triumph … so ‘John Le Hay’? He even says in Who’s Who that his real name was Healy. Born Ireland, 25 March 1854, began his professional career as a Minstrel, then at the Royalty Theatre, before launching into a long association with D’Oyly Carte and in musical theatre. So..? Well, that’s what I’m here for. To double check ‘conventional knowledge’. 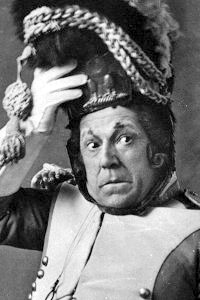 John Mackway Healy wasn’t born in Ireland. He was born in Bethnal Green. Probably at 4 Charles Street, in the Hackney Road, like his brother. He was registered in the second quarter of 1854, but 25 March is a perfectly possible birthdate, as the quarters do overlap. His parents were an elder John Healy (1820-1901) who was not born in Ireland, either, but in St Giles, and his wife Sophia Elizabeth Mackway (1823-1886), from Pentonville. Healy senior worked as a manager in a pawnshop, and the young John began his working life following in his father’s footsteps. And there is no reason why he should not have, at the same time, partaken of amateur dramatics.

As for the minstrel ventriloquy, there were many troupes covering Britain, sporting vents from the starry Lt Walter Cole or Alex Davis downwards.. There is no reason why John shouldn’t have played with such a troupe, but there is no evidence, that I can find, that he did.

And so, to the theatre. In the chorus of The Zoo at the Royalty. Well, Edgar Bruce lavishly advertised a chorus of forty, under Teddy Solomon, for the Easter 1879 revival of Stephenson’s little musical comedy. I suppose some of the forty walked on in the main piece, the decidedly successful Crutch and Toothpick, as well, but after 18 performances, most of the famous forty were out of a job. Except those retained for the 3 1/2 weeks of Teddy’s operetta, A Will With A Vengeance, which replaced Sullivan’s piece on the bill. It seems John wasn’t amongst them. Or was he? 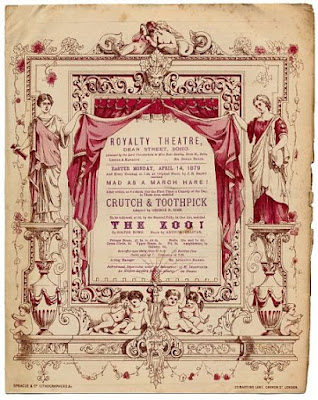 But he would be all right. His next shop was as a member of the chorus of Carte’s tour of HMS Pinafore and he was off, away and gently trotting towards glory. Which you can read about in detail on the regular G&S sites.

The Carte company of 1880 included two sisters from Bethnal Green, Marian and Alice (I think) Lowry, the daughters of printer/compositor John King Lowry and his wife, Betsy. Marian, who had featured with Letty Lind in Howard Paul’s Entertainment, performed as ‘Marian May’, and she made a nice career for a decade. She also married little Mr Healy – now and for all time metamorphosed into ‘John Le Hay’. They were to have three daughters and a son. Two girls – Norah Sophia (1884-1970) and Millicent Marian Rylance (1888-1966) -- survived, went on the stage, Millicent married …

The lass who went on the musical comedy stage as ‘Daisy Le Hay’ was née Rose Clara Carter, the wife (for a while) of hotelier John Thomas Hornsley Sample, and it seems in nowise related to our family. Likewise, I don't think he was related to the Sisters Mackaway, who performed a skate dance on a pedestal! In the 1911 census, John and Marian can be seen in Hackney, with their two daughters, and Marian’s widowed sister Alice, with her daughter Maud Woolnough (b 5 August 1878). The Healys and the Lowry-Woolnoughs had been a close-knit family, in 1901 Marian’s elderly mother (1820-1902) and sister had made up part of the household, in 1891, the widowed John Healy was there and the two families occupied two adjacent houses. John sr had retired from pawnbroking, and young son Joseph (x 22 March 1858) had taken up the business. And with seeming sizeable success. In 1911 he – single – is at his longtime shop at 317 Mare Street, Hackney Road, with three assistants, a housekeeper, a cook, a housemaid ..  Joseph died 13 August 1931.

John Le Hay had a very fine career, at home and abroad, and was still in the saddle and striding on, before his sad and fatal automobile accident in 1926 … Marian survived him, and died (as Marian Mackway Healy) at 136 Fellowes Road, Hampstead, 5 September 1940 aged 86.

But we know about that. My little wander into the Le Hay-paddock was with the aim of picking up one or two little tidbits of ‘colouring’ and a bit of personal background to his tale. And now I’ve somewhat done that, plus the shopping, weed-sprayed the patio, the bach forecourt, visited our newborn foal, and it’s cocktail time. Till next time!

Posted by GEROLSTEIN at 2:08 PM

Nice work!
Marian Lowry also had an elder brother John Ring Lowry who was also a "Public singer". He started as a boot maker, but about 1868 emigrated to Chicago and ran a music shop. He was described in his daughter's marriage record as a "Public singer" (Lavinia Lowry to John Bestwitherick 28 Apr 1880 in Islington). I don't know where he sang, though. I think the musical talent must have come from Betsy Haythorpe, as none of the other Lowry branches were performers.