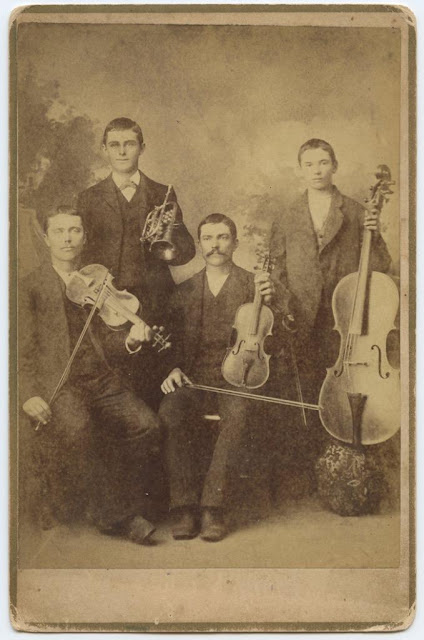 The back of the photo tells us that the picture was taken in Spring Green, Wisconsin, in -- I would imagine, the 1880s. Uncle Pearson Faris's sons ...

Their father (2 May 1833 - 4 September 1913), whose name is barely found spelled the same way twice, was a small farmer and agricultural worker in Arena all of his life, and the boys (there was later a fifth, David) followed in his footsteps.

The descendants have looked a little into the family and delightfully come up with another, later and less musical, family portrait, which includes papa, mama Lydia Ann née Durbin (1836-1919) and sisters Mary and Emma. 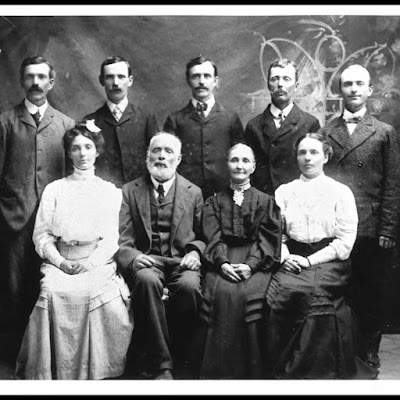 Emma died in 1903, seemingly in childbirth, and the quartet was broken forever when Clarence died in 1907. But the music seems to have stayed in the family. Here is Marion in later days .. 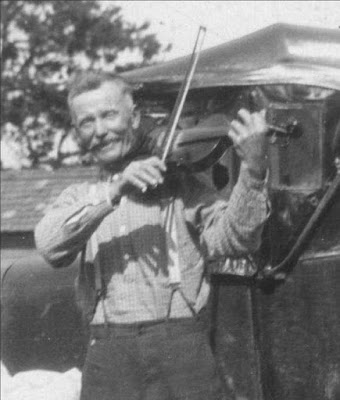 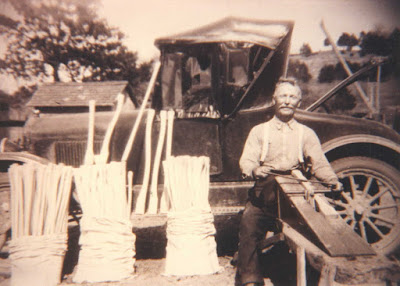 and here is bachelor John in laster days, too, all pictures wonderfully preserved by the descendants of Marrion. 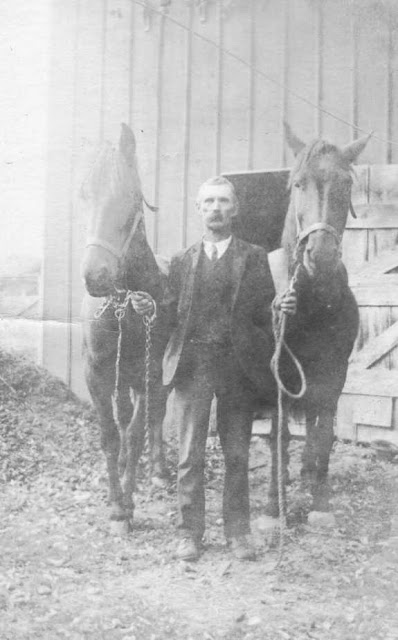 They seem such a grand family. I see them through my 19th-century glasses, sitting around the fire in the Wisconsin wilds, making music. I wonder what music. Two fiddles, 'cello and ... cornet? Instruments which must have cost a farmworker's family dear ...

'But what we ask is life without a touch of poetry in it'?
Posted by GEROLSTEIN at 4:54 PM