When I got back to Berlin a couple of months ago, and was sorting out my concertising programme for the coming months, Paul said to me ‘you’d like the Piano Salon’. So we booked to go to a concert. And the diva cancelled. Douche froide.
But we tried again, and actually found a much more exciting programme …
Tonight we visited the Salon to hear two young girls singing the wonderful duet music of Mendelssohn, Brahms, Schumann and some surprising others. 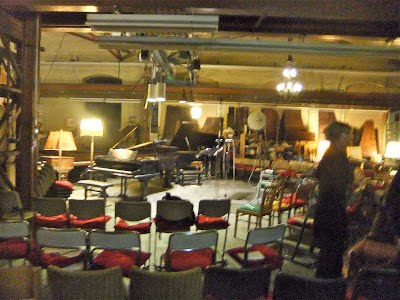 The venue, first. The Piano Salon Christophori in the Uferstrasse by the little river Panke. Christoph, who runs it, is a surgeon. His hobby is restoring old pianos. And in amongst the warehouseful of beautiful ailing, disjointed and retired old keyboard machines he has created a delightful 150-seat area where all sorts of concerts are played.
It’s a place of musical dreams. It is a joy. And it certainly was tonight. 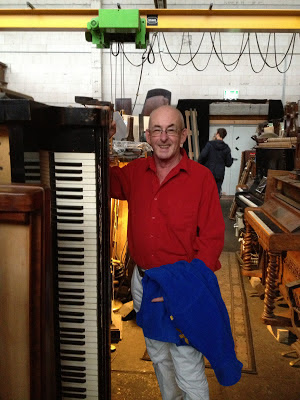 The art of the duet has largely died. But in the later 19th century it was alive and singing, and such as Mendelssohn, Brahms or Schumann wrote some glorious pieces for two female voices, pieces which became huge international hits in the hands of such as Britain’s Williams sisters, or Frlns Friedländer and Redeker. Tonight, Bele Kumberger and Lena Haselmann brought the tradition, for me, alive again in the 21st century, in a superbly chosen programme of largely two-part music. 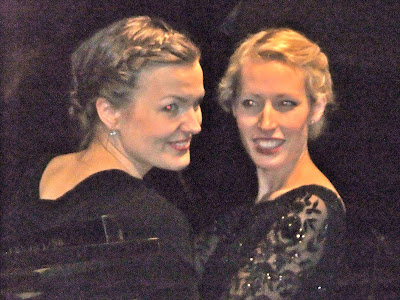 Duet singing is a very special art. Like doubles in tennis, it is not a case of one and one makes two. Togetherness is the key…

Our two ladies tonight did pretty well on all counts. They had an obvious empathy, and excellent technical and timing skills. My only slight worry was that their splendidly sympathetic voices did not entirely ‘match’. Miss Kumberger has a vibrant and bright-textured soprano organ, powerful and sometimes thrilling. Miss Haselmann has a warmer, more softly-grained voice. Not a true mezzo, more a shy soprano, I reckon, and she excelled richly and colourfully in, especially, the French music. So, for me, some duets – mostly those where the mezzo part was more for a second soprano rather than a quasi-contralto -- worked better, vocally, than others. 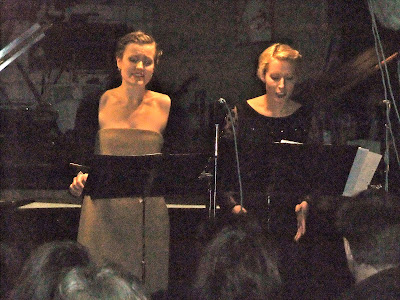 They opened their programme – daringly - with a delightful interpretation of perhaps the best-known duet of its time, Mendelssohn’s ’I would that my love’; topped everything in the next set with Brahms’s grand ‘Die Schwestern’, which burst the audience into spontaneous applause (it always got an encore in the nineteenth century!) and, in the second half, introduced me to the simply glorious music of the French composer Ernest Chausson. Some Delibes, some Britten (including a very odd ‘Ash Grove’) and an interesting but uninspiring Saint-Saens to finish … oh! encores were inevitable. I shouted audibly for a repeat of ‘Die Schwestern’. Sadly, they only gave us the British Airways Lakmé duet, which didn’t go quite right.

It is thrilling to find young artists of this ability devoting themselves to the great duet music of the last two centuries. Thrilling to listen to that music well sung.  Thrilling to find a venue like the Piano Salon where they can sing it. So it was – no other word -- a thrilling night.

And free. Wine – all you can drink – included!  Donations at the door. I dug deep. If these girls are good enough to treat me to music like that…  they deserve it. 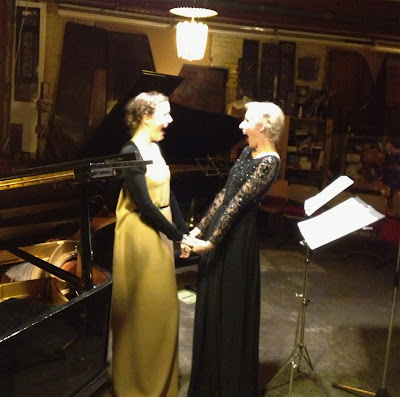 I hope they go on to be the ‘Williams sisters’ (not Serena and Venus! the singers were Ann and Martha) of today. Perhaps with a third attractive girl as a permanent pianist? In this kind of show, it’s really a team-of-three effort. There were some odd tempi and things from the rather self-effacing but smilingly supportive piano tonight, and I could feel Paul’s pianistic hands wanting to leap to the keyboard… 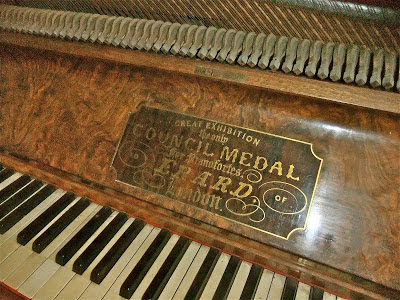 But enough. Bele and Lena, thank you for a great night out. Christoph too. Until next time! And next time … repeat ‘Die Schwestern’.

Posted by GEROLSTEIN at 4:32 AM