Once upon a time there were two sisters ...

They were the daughters of a chappie named James Elliott Shirley (b Deptford 5 July 1831), who, the censi tell us started his working life as a dealer in mahogany, progressed to marriage, a first son (not necessarily in that order), and activity as a commercial traveller in timber, and ended up, by 1871, as a timber merchant. His wife was Ellen née Hawkins (d Forest Gate 1 October 1917).

Ellen, as a teenager, was enrolled at the National Training School, and I see her in June 1879 singing at a college concert ('Pur dicesti'), where she is picked out in the press as one of the best of the pupils alongside future fine professionals Annie Marriott and Frederic King. However, if the National Training School did little for manyone, it brought the teenaged Ellen to the attention of Arthur Sullivan, and, while she was still a pupil, she was sent on, in September 1880, at the Opera Comique, in place of Marion Hood, as Mabel in The Pirates of Penzance. She was evidently a success, for she remained on the bill when Miss Hood returned, then took over the role for a period until the hiring of Emily Peters dit Petrelli. 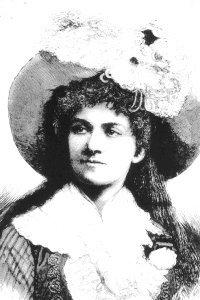 And then, 1 June 1881, she got married. Her husband was a young Trinity Hall, Cambridge, law student by the name of Harry (sic) Courthope Munroe (1860-1951), of ample means, and Ellen's career ended prematurely, as she settled in to marriage and motherhood.Well, not quite ended. In September 1881, she was called back to the Savoy to deputise for Leonora Braham as Patience, and as late as 1886 she emerged for one charity performance, at Highgate, of The Sorcerer: Miss Courthope-Munroe was Aline and Miss Jessie Shirley was Constance.

Harry went on to become a QC, which means that he got knighted, and Ellen ended up as Lady C-M, living comfortably in Gloucester Place, with five servants et cetera, until her death at the age of seventy. 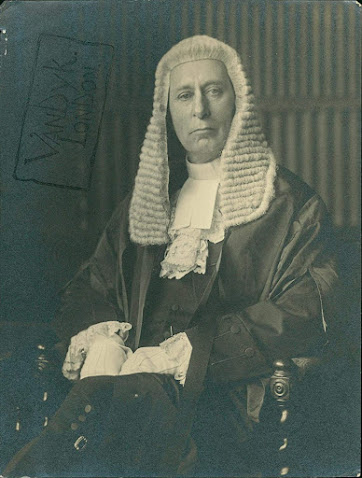 Jessie's life did not go quite so smoothly. I'm not sure exactly when she joined Carte's company, but she must have had some teenage connection with music, because on 28 January 1882 she married Frank Boyle, a young tenor from the National Training School who was already marked out as a coming man. As it happened, poor Frank never fulfilled his promise and died at the age of 35, but before that, he and Jessie had toured with D'Oyly Carte, Jessie playing Psyche in Princess Ida. Immediately after, the couple, and their two little daughters, Gwendoline and Gladys, made a trip to Australia where Boyle sang in the G&S repertoire and in concert with the Mrs Armstrong who was readying to become Madame Melba. I think Jessie and the girls may not have stayed throughout. Anyway, in 1887 Jessie was employed at the Lyric Theatre playing in the forepiece Jubilation and presumably understudying in the main piece, Dorothy, for her next engagement was, precisely, touring in the title-role of that piece for Redfarn and Rousbey. 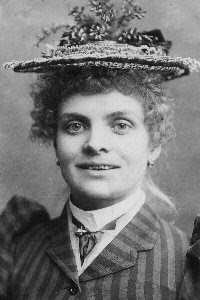 However, that was not the way that the remainder of her career in the theatre would go. In 1890, she was engaged for J F Elliston's My Sweetheart company, playing the role famously created by Minnie Palmer in that musical pasticcio melodrama. Over the next few years, she would return, time and again,  to the part of Tina. She also made two tours in an even more loose-jointed piece, Flashes, played opposite Phil Herman in both his version of another American musical weepie, Fritz, and in Herman's attempt to mimic that piee, Schneider (Widnes, 1892). She also, come the season, appeared in pantomime at Nottingham, Hull, Huddersfield ...

Around Schneider time, Frank Boyle died. They had already divorced. In the 1891 census, Jessie and her daughters are living with the Shirley elders. And pretty smartly, after she was widowed, (1892), Jessie married a member of the Flashes company, Francis Joseph Adamson (1867-1902). It seems to have been a knee-jerk marriage, of infintesimal duration. As was his career and life.

In 1893, Jessie joined up with the magician, Hercat, and the comedian Charles Collette, purveying the 'illusory sketch' Rebecca Run Mad in good dates in town and country, and at Christmas was engaged as principal boy in Sinbad at the Manchester Queen's ... it was a career, but not quite D'Oyly Carte or Dorothy ... I imagine Jessie would have continued in the same vein, but ... guess what ... she married again. But what about Mr Adamson?

Husband Mark III was the widowed John Joseph Wilson (b Fulham 6 April 1840; d Brentford 27 August 1927), formerly a surveyor, now retired to 'living on his own means'. Jessie could renounce the wicked stage and settle down, with her girls, to more than half a century of comfortable life. Gwendoline (b Dorchester Place 25 November 1882; d Kingston 17 November 1938) became Mrs Gurney; Gladys Marie (b Fulham 16 November 1884; d 1926) remained unmarried. Jessie outlived them both.

So, there is the story of the Shirley girls ... Cartesians both, if not for very long ..